Wikileaks on Canadian Relations with Cuba 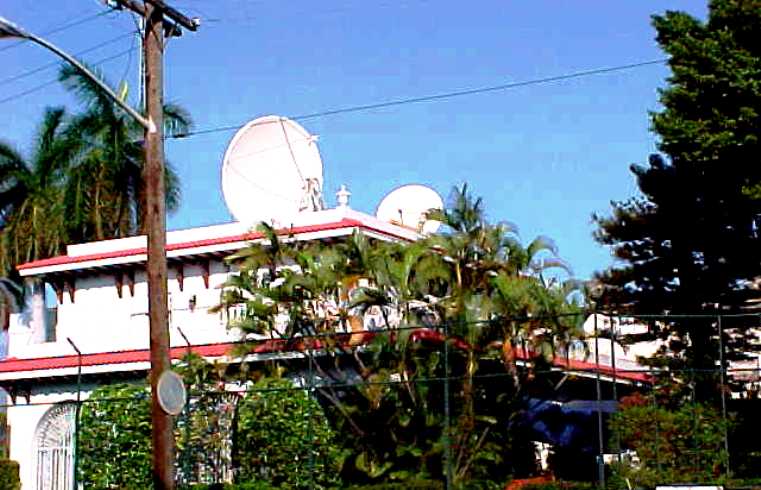 Embassy of Canada in Cuba

1. (SBU) Department of Foreign Affairs and International Trade (DFAIT) interlocutors tell us that Canada continues to promote the advancement of democracy, good governance, and human rights in Cuba. Canada shares the U.S. goals of promoting democracy and human rights in Cuba, while maintaining its self-described policy of “principled engagement” with both the Cuban government and dissident elements. The GOC believes its approach allows it to have a positive impact on human rights and democracy in Cuba. Canada maintains a diplomatic presence in Havana and conducts aid programs worth about C$10 million/year.

2. (SBU) DFAIT Officials said that Canada has engaged and intervened on behalf of human rights and the advancement of democratization in Cuba a number of times over the past six months. According to DFAIT: — Canadian and Cuban officials meet regularly to discuss the harsh treatment of dissidents. Conversations were reportedly “firm and frank.” DFAIT officials said that meeting with dissidents is a normal part of Canadian diplomatic work in Cuba, with everyone from the ambassador downward engaging in human right outreach. DFAIT contacts assert that “Ambassador Juneau and other Embassy staff meet regularly with dissidents, journalists, economists” and that “the Ambassador also discusses human rights in his meetings with the Cuban government.” DFAIT contacts pointed to a Canadian embassy presence on the scene monitoring of “the siege of the house of dissident Vladimiro Roca” by a “Cuban government associated crowd” as typical of their on-going and continuous human rights outreach. DFAIT contacts did not have information on the status of the journalists and economists (independent versus government-affiliated) with whom embassy officers meet regularly. — The Canadian Embassy in Havana had been scheduled to open its eighth Canadian Studies Center in Cuba in July, but did not do so for budgetary reasons. These centers, funded by Canada and run by the Cuban Ministry of Education, reportedly inform the general populace about life in a democratic country with a market-based economy. The Canadian Government also regularly sends speakers to these venues, as well as funds economics professors teaching modern economic theory at the University of Havana. — the Canadian Foundation for the Americas (FOCAL), a Canadian government-funded think tank, runs a series of programs (in Canada) on Cuba that focus on support for dissidents and democratization. FOCAL documents all Cuban government actions against dissidents, supports an active dialogue on planning for the post-Castro area, and assists civil society programs on human rights and democracy.

3. (SBU) According to DFAIT officials, high-level diplomatic visits between Cuba and Canada over the past six months have included a visit to Cuba by the Canadian Minister of State for the Americas Peter Kent. The Government of Cuba cancelled his previous visit, planned for mid-May, after Kent told reporters that he aimed to use his scheduled meeting with Cuban President Raul Castro to raise democratic reform and human rights. DFAIT contacts say the Cuban government had also taken offense at that time to strong pro-human rights statements by Prime Minister Harper.

4. (SBU) Kent visited Havana November 12-14, meeting with Foreign Minister Bruno Rodriguez, Trade and Foreign Investment Minister Malmierca, and the Vice Minister of Foreign Affairs Dagoberto Rodriguez, and the Archbishop of Havana, Cardinal Ortega. He did not meet with dissidents because the Cuban government would not have permitted his visit to go forward if he planned to do so, according to DFAIT contacts. DFAIT contacts say Kent did engage in lengthy discussions on human rights with all three of the senior Cuban government officials as well as the Archbishop. DFAIT contacts described the discussions as “good, substantive” ones, covering the need for Cuba to release all political prisoners, accede to a visit by the UN Special Rapporteur on Torture, and sign on to the two primary UN human rights covenants.

6. (SBU) DFAIT interlocutors decline to provide us with information on specific Canadian companies operating in Cuba or confirm open source information about them. Media reports indicate that Canada remains Cuba’s third largest trade partner, with trade growing by 9.4% in 2008. Canadian companies operate in a variety of sectors of the Cuban economy, including tourism, construction, agriculture, bio-technology, and mining. According to Canadian Government statistics, annual two-way trade between Cuba and Canada was C$1.66 billion in 2008. Canadian exports to Cuba in 2008 were worth C$768,389,688. Canadian imports from Cuba amounted to C$895,242,425. Canadian merchandise exports to Cuba rose 36.3% in 2008 to $768.1 million and included machinery, inorganic chemicals, cereals, and vegetables. Imports from Cuba decreased 15.3% in 2008 to $895.2 million and included mineral ores, copper, tobacco, beverages, fish and seafood. Tourism is Cuba’s largest source of foreign exchange and Canada is Cuba’s largest source of tourists, with 818,000 Canadians visiting in 2008, nearly 35 per cent of all visitors to Cuba. Media reports indicate that leading Canadian firms doing business with Cuba: Sherritt International, Pizza Nova, Labatt. Sherritt is the largest foreign investor in Cuba, according to press reports.

7. (SBU) Canada has no bilateral trade agreements with Cuba. According to DFAIT, Canada and Cuba held exploratory talks on a Foreign Investment Promotion and Protection Agreement (FIPA) in February 2009. Canada is currently consulting with Canadian investors in Cuba before deciding whether to go ahead with further negotiations. In November 2009, Canada and Cuba concluded an expanded air transport agreement. The new agreement provides for up to five designated Canadian airlines (an increase from two) and unlimited points of destination in Cuba, an increase from four points previously available to scheduled carriers. On April 22, 2008, Canadian Agriculture Minister Gerry Ritz and his Cuban counterpart renewed an MOU on agricultural cooperation. This involves Canadian technical assistance in various areas of Cuba’s agricultural sector, for example providing Canadian expertise to train Cubans in livestock production practices and animal genetic techniques, as well as the management of irrigation systems.

8. (U) Canada has no formal exchange programs specific to Cuba. Canada has initiated academic exchanges, including scholarships for Cuban students under the hemisphere-wide C$18-million Emerging Leaders in the Americas Program (ELAP) announced by Prime Minister Harper at the Summit of the Americas in April. In the first ELAP competition, Canada awarded scholarships to 11 Cuban students for study or research in Canada. Selected ELAP students will have the opportunity to attend a Canadian government designed “Democracy Study tour” in Ottawa to expose students to Canadian models of good governance, including the rule of law, human rights, government accountability, freedom of the press, and multiculturalism. In addition, many exchanges occur informally between organizations such as high school sports teams and cultural groups.

2 Responses to Wikileaks on Canadian Relations with Cuba