My wife Joan and I completed our J. S. Bach “Pilgrimage” in late November, 2011, travelling to the various locations where he lived and worked. Our first stop was his birthplace Eisenach where he attended the same school as Martin Luther – but about two centuries later. Then came Ohrdruf, where he lived from age 9 to 15 with his eldest brother, J. C. Bach, also an organist and composer, with whom he studied the organ – both its music and its maintenance and construction. Bach then was capellmeister, organist or court musician in a variety of locations, namely Arnstadt, Mühlhausen, Weimar, and Köthen before moving to Leipzig for his last 23 years.

Our journey was indeed memorable, not only as a homage to Bach who in my view is undoubtedly the greatest musician in history, with a vast musical “oeuvre”, sacred and secular, for organ, piano, choir and numerous individual instruments and combinations of instruments. Exploring by car some of the rural areas and small towns of Thuringia in what was the Deutsche Demokratische Republik (DDR) or “East Germany” was also a great pleasure and an eye-opener.

In following the footsteps of Bach through Eastern Germany, one cannot avoid the dark side of German – and human – history. For example, Weimar, which was an outstanding focus of German cultural achievement for a couple of centuries, is five miles from the Buchenwald concentration camp. Ohrdruf was also the location of a major concentration camp, liberated by American forces on April 4, 1945, and visited by Generals Eisenhower, Patton and Bradley as well as by the press from much of the world.  Erfurt, where Bach’s mother was born, was the scene of a series of pogroms against its Jewish population in the 1400s. Muhlhausen was the center of a brief communistic theocracy under Thomas Muntzer and is near the battle site where his peasant army was defeated during the German Peasant’s war of 1524-25.

But what was particularly striking for us was that the Thomaskirche in Leipzig where Bach worked for 23 years is located three city blocks from the “Runde Ecke” (the round corner”) which was the Leipzig headquarters of the Ministerium für Staatssicherheit (MfS),commonly known as “the Stasi”. The Stasi was probably the most effective and repressive intelligence and secret police agencies in the world. It was an out-of-control behemoth, ultimately with 91,000 full-time employees, 350,000 formal informers, a budget of 22.5 million Marks and 160 kilometers of files. It engaged in widespread telephone surveillance, postal service surveillance (opening 1,500-2000 letters daily in Leipzig alone), and border controls. All this was done with German diligence and thoroughness.

The uprising that resulted in the overthrow of the DDR regime was centered outside the old “Runde Ecke”. This is now a museum set up by the “Citizen’s Committee Leipzig” which also coordinated the uprising. The town‘s churches served as the organizing locales for the early stages of Leipzig’s “Peaceful revolution.”

The Museum on the Stasi diverted my thoughts away from J.S. Bach and back to Cuba. 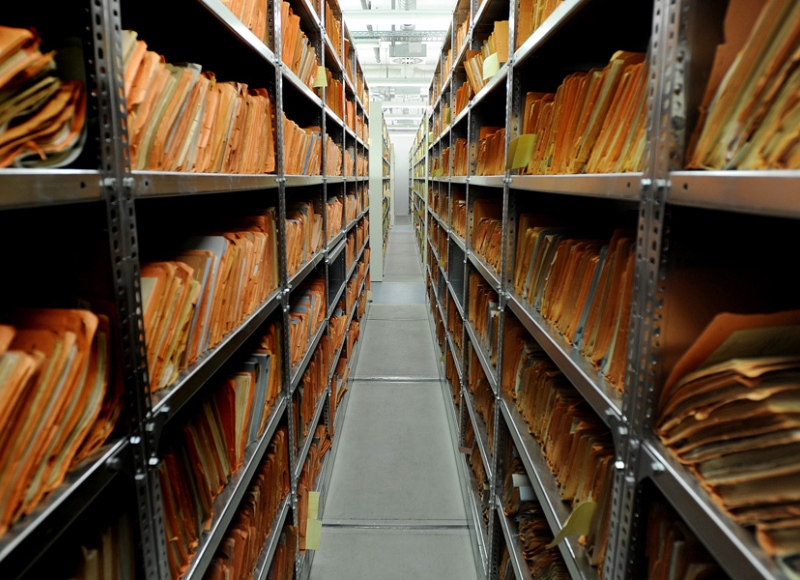 Stasi Files – before the age of the computer 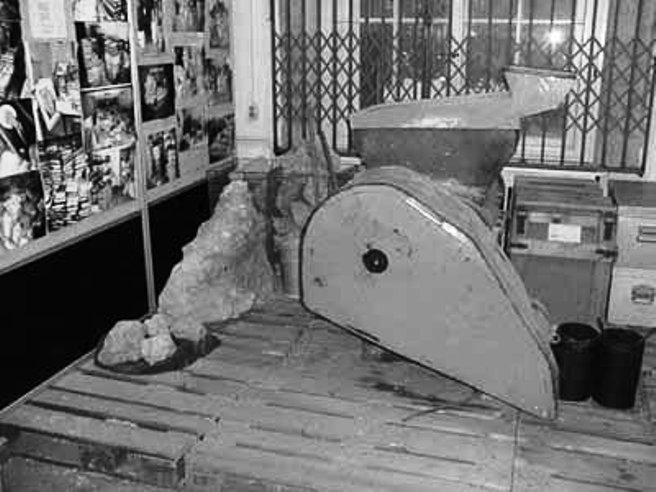 Paper Pulping Machine for destroying documents. These machines broke down from overuse in the last days of the Leipzig Stasi. Documents were then ripped up by hand, filling some 90,000 bags of paper. The documents are now being pieced together using computer technology.

Cuba’s Ministry of the Interior (Minint) had close contact with the Stasi – so close that it could almost be considered as a little brother of the Stasi. (The Stasi was also linked to the KGB, and Vladimir Putin served time as the KGB liaison officer to the Dresden HQ of the Stasi.) Cuba’s domestic spying operations are conducted by the Department of State Security (DSE), an arm of MININT, which has authority to monitor the general public. According to the Encyclopedia Britannica, Cuba’s Ministry of the Interior (MININT), which was modeled on the Soviet KGB, rivaled the East German Stasi for effectiveness and ruthlessness.

The role of the Stasi in supporting and advising Minint is not something that I know much about. Nor do I know much about Minint and have had only one minor contact – that I know of –  (being filmed with Pascal Fletcher, now with the Miami Herald, in a bar in the Hotel Nacional in Havana.)  However, one indicator of its role is the lack of trust among Cuban citizens and indeed among émigrés, with so many suspecting that others are in the service of state security. Another indicator is telephone surveillance, which is widespread and was commented upon recently by Yoani Sanchez (See her Blog entry: ETECSA: From Surveillance to Indiscretion.) 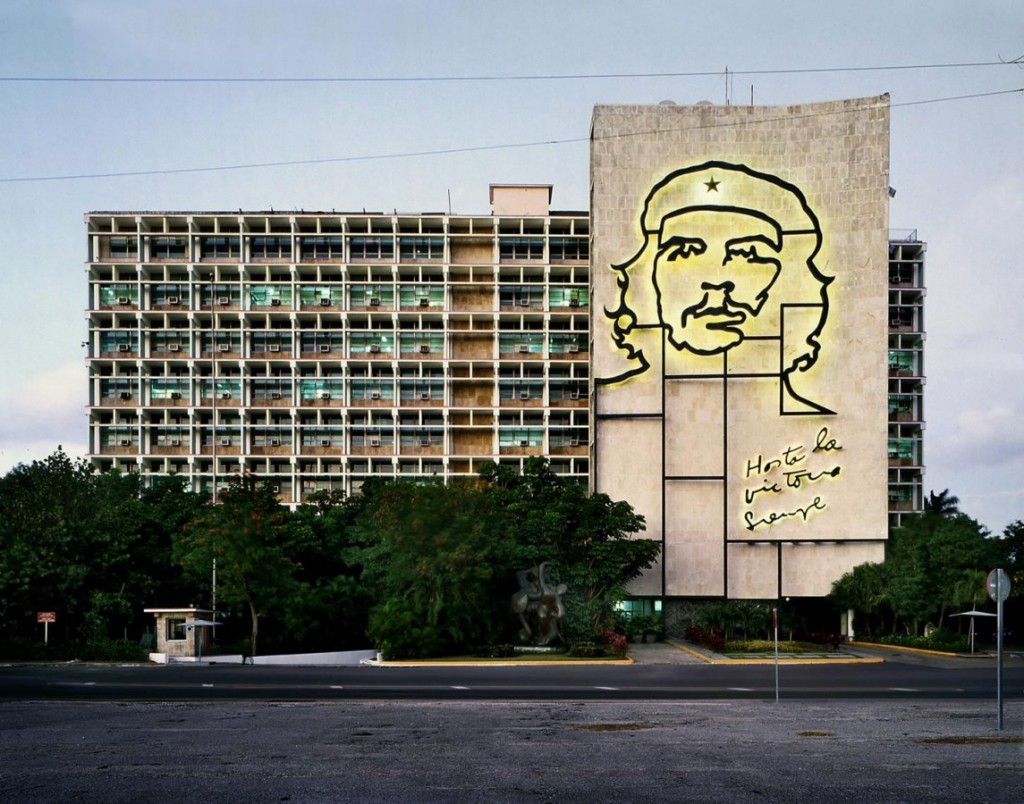 Ministry of the Interior, Havana

An article by Michael Levitan in 2007 for the Miami Herald details some of the interaction between the Stasi and Cuba’s Minint (“East Germans drew blueprint for Cuban spying.” Levitan draws on the work of Jorge L. García Vázquez, a Cuban exile who was jailed in a Stasi cell in 1987. García Vázquez produces a Research Blog on the Stasi-Minint relationship (“Conexión La Habana -Berlin.  Secretos de Estado y Notas sobre la Colaboración entre la STASI y el MININT“) at http://havana-berlin-connection.blogspot.com/.

Here are a few quotations from Levitan’s essay:

(Quoting García Vázquez)  ”The repressive system that existed in East Germany . . . is the same one that exists today in Cuba,” he says. “What MININT learned from the Stasi has not been forgotten. On the contrary, [the strategies and techniques] are alive today despite the fall of the Berlin Wall.”

The Stasi’s menacing control over almost every aspect of private and public life in East Germany can be seen in this year’s Oscar-winning film “The Lives of Others“, the tale of a Stasi officer’s inner conflict as he protects a dissident playwright whose apartment has been thoroughly bugged by the Stasi.

Germans taught the Cubans how to mount effective camera and wiretap systems for eavesdropping — for example, at what height on the wall to install microphones, which color wallpaper provides the best concealment, and which shade of lighting for the best video recordings.

The Stasi provided computers and introduced new archiving methods that better organized, protected and sped up the Cubans’ processing of security information. It delivered one-way mirrors used for interrogations and provided equipment to fabricate masks, mustaches and other forms of makeup so that when the Cubans sent out covert agents, ”they went in dressed with wigs, false noses — the works — credit of the Stasi,” Vázquez says. 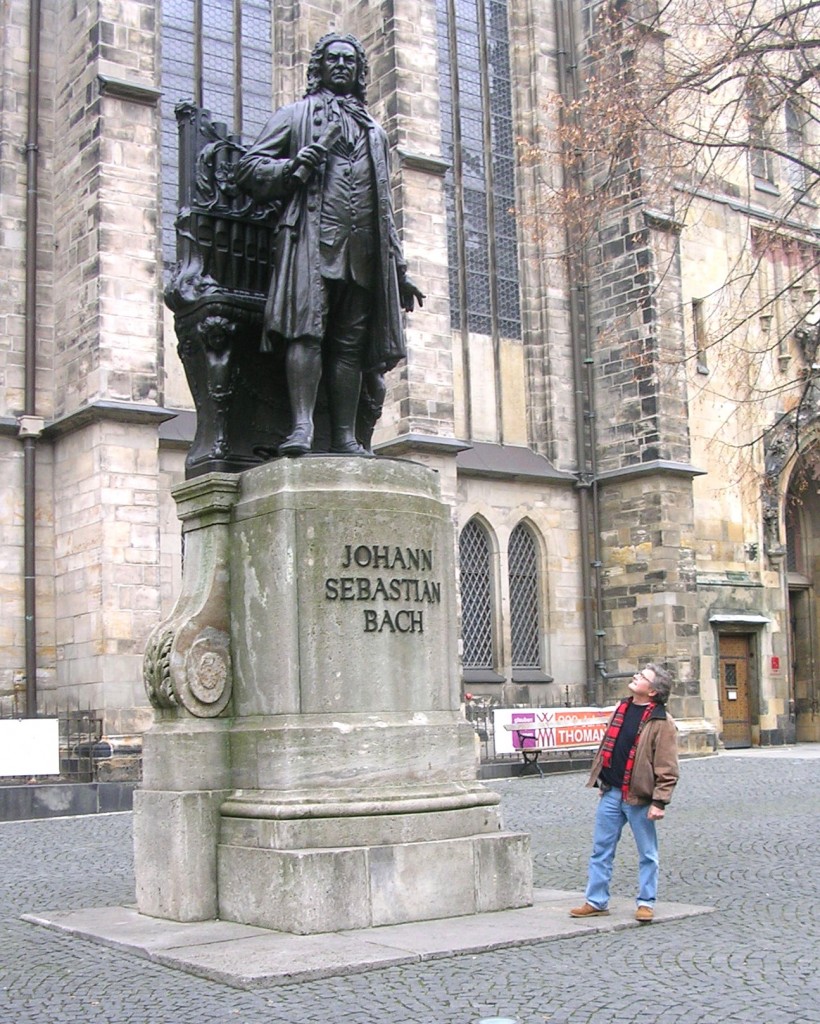 At the Thomaskirche, Leipzig

2 Responses to Johann Sebastian Bach, the “Stasi” and Cuba