Cuba Calls for “Cyberdefence” of the Revolution

Original here: Cuba calls for “cyberdefence” of the revolution

HAVANA: Just days after Cuban dissident blogger Yoani Sanchez was named one of the world’s 100 “most influential global thinkers” by US magazine Foreign Policy, the Cuban government is

Despite poor Internet access for the average Cuban, which the authorities in Havana blame on the US embargo, Cuba is now stressing the importance of “occupying the web”. The website Cubadebate, the main pro-government online news outlet, has called for a move “from cyberwarfare to active cyberdefence”.

Cuban Foreign Minister Bruno Rodriguez on Wednesday urged more active involvement in the web and for greater defence mechanisms to fight what the island regards as the hostile attitude of major media outlets. “Euphoria over social networks co-exists with the risk of regime change operations, which has increased, as has the threat to peace. But these dangerous conditions make it necessary and urgent for us to make those platforms our own,” he said. “It is essential to have a political strategy in cyberspace.”

Rodriguez was addressing a workshop on “Alternative Media and Social Networks” with participants from 12 countries, to which Sanchez complained she and other bloggers critical of the government had not been invited. The authorities continue “to exclude the alternative part of (Cuba’s) blogosphere and twittosphere,” Sanchez wrote on Twitter. On her Twitter feed, @yoanisanchez, the 36-year-old regularly criticises Cuban authorities for their attitude to the Internet, among other things. Her campaign to denounce what she termed “political apartheid” at the event reached her more than 180,000 Twitter followers.

Sanchez, in turn, wrote on Twitter of the limitations of online stardom in communist Cuba. “Beautiful paradoxes of life. My name on FP’s list of 100 thinkers, and me now ‘thinking’ how to stretch the rice so as to get to the end of the month,” she wrote in a post.

Such “cyberwarfare” has been waged for some time. Blogs like Vision desde Cuba, which openly support the government, seek to counter the influence of those like Sanchez’s.

Despite “the limitations inherent to narrow bandwidth” and the “archaic and extremely slow dial-up connections”, Vision desde Cuba writes that “revolutionary bloggers” like himself back the government against those who, they argue, are being financed from abroad. Havana has traditionally accused dissidents of accepting funds from the United States.

Cubadebate has carried out a broad campaign to promote the use of social networks. Editor Rosa Miriam Elizalde asked in an article that readers “accept the technological challenge”. “I do not have the slightest doubt that if (Cuban national hero) Jose Marti were alive today he would be on Facebook and Twitter,” she said.

Mariela Castro, daughter of the Cuban leader as well as head of Cuba’s National Centre for Sex Education, also recently entered the world of Twitter. She openly confronted Sanchez, among others, in defence of the Cuban government. 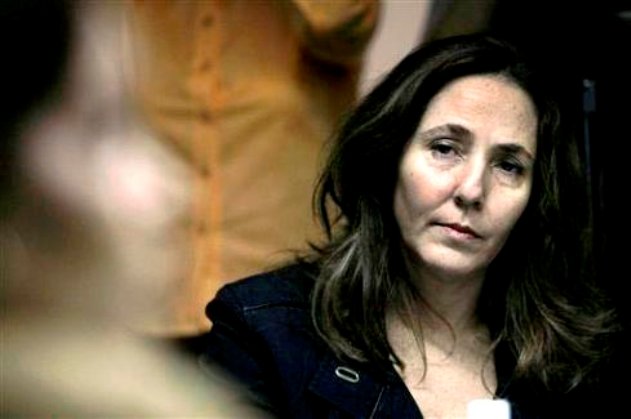 Mariela Castro, Daughter of the Regime 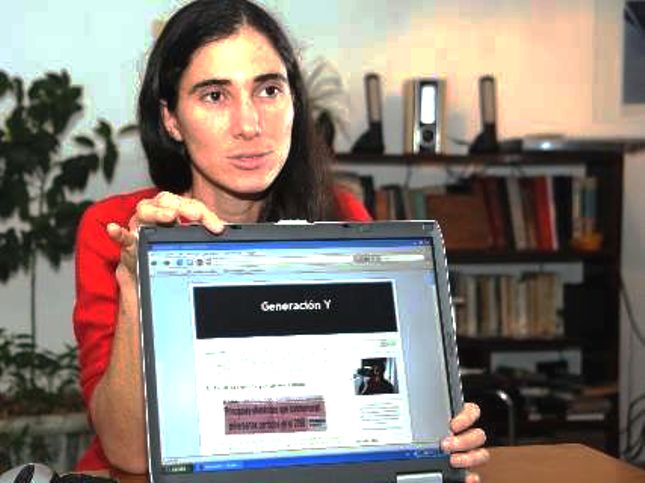 Yoani Sanchez, Daughter of the Revolution

This entry was posted in Blog and tagged Democracy, Freedom of Expression, Human Rights. Bookmark the permalink.