Ian Delaney, CEO of Sherritt International is retiring, but will remain active as Chairman of the board. Delaney’s visionary linking of Cuba’s nickel concentrate production with Sherritt’s unused refinery in Fort Saskatchewan Alberta has been of immense benefit to both Cuba and Sherritt. A fact not widely known inside or outside Cuba is that the Government of Cuba is now a foreign investor in Canada as joint owner of the Refinery in Alberta. 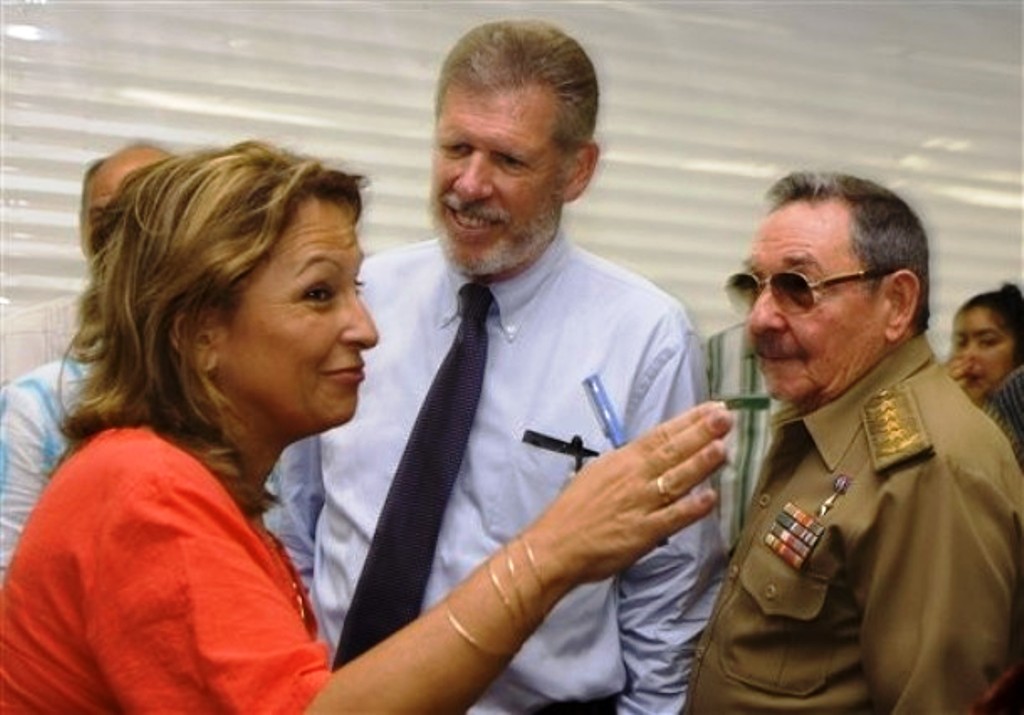 The long-time chief executive of Sherritt International Corp., who transformed the company by flying in the face of conventional wisdom and betting big on Cuba, is retiring at the end of the year. Ian Delaney, who turned 68 last month, will remain chairman of the Toronto-based miner while Sherritt’s chief financial officer, David Pathe, will replace him as CEO on Jan. 1.

Delaney took over the struggling company — then Sherritt Gordon — in 1990 after winning a proxy battle with the help of Eric Sprott, then-president of Sprott Securities, and Bruce Walter of Delaney Walter & Co. But it was his defiance of the U.S. trade embargo and investment in the Moa joint venture in Cuba that helped Delaney, a former investment banker with a reputation as “the Smiling Barracuda of Bay Street,” make his mark.

Delaney, who was Sherritt’s CEO for much of the last two decades, was often called Fidel Castro’s favourite capitalist. His deal with the Cuban dictator provided the communist country with hundreds of millions of dollars in badly needed foreign exchange in return for mining rights that turned Sherritt into a diversified resources company. Raymond Goldie, senior mining analyst at Salman Partners, said Delaney once pronounced that he wanted to turn Sherritt into the “Canadian Pacific of Cuba,” referring the Canadian railway that once owned coal mines, hotels, ships, and oil and gas assets before it spun them all off. “He bet big on Cuba,” said Goldie, who noted Sherritt would later sell its hotel, mobile phone and other non-core investments in Cuba.

When Delaney took over Sherritt the company was floundering. It had a nickel refinery in Fort Saskatchewan, Alta., but nothing to refine. “Sherritt had a smelter refinery all dressed up and nothing to feed into it,” Goldie said. So Delaney turned to Cuba for supply, a move that Goldie said the company had considered before, but rejected because of the risks involved with angering the United States. The company’s investment in 1994 would eventually lead to Delaney and his family, as well as several top executives, being blacklisted by the U.S. State Department and barred from visiting the United States. “He was brave enough to say ‘I’m never going to set foot in the United States again,'” Goldie said.

While the deal turned Sherritt into a major player in Cuba, it also made him an enemy of some U.S. politicians. “Ian Delaney has made a deal with the devil,” like those who “did business with Hitler’s Germany or Stalin’s Russia,” Marc Thiessen, an aide to Senate Foreign Relations Committee chairman Jesse Helms, was quoted as saying at the time. Helms, the ultra-conservative Republican Senator from North Carolina, was the co-author of the Helms-Burton Act, which tightened U.S. sanctions against foreigners who invest in Cuba. But Delaney thumbed his nose at the insults and in 1996 Sherritt became the first foreign capitalist company to hold a board meeting in Cuba since Castro’s revolution in 1959.

Archibald Ritter, a Carleton University economics professor and expert on Cuba, said Sherritt has been a driving force in the modernization of the Cuban resource sector. “It has been mutually beneficial,” he said. Ritter said Cuba had been relying on old Soviet-era technology, but Sherritt changed all of that with modern technology for mining and drilling for oil that boosted exports and increased production for the country.

Nearly two decades after its initial investment, Sherritt’s Moa joint venture produced 33,972 tonnes of nickel and 3,706 tonnes of cobalt in 2010. The company also owns oil and gas operations in Cuba as well as a stake in power utility Energas, which has power plants across the country with a combined capacity of 356 megawatts.

Since the Cuban deal, Sherritt has also cashed in on the global commodities boom of the last decade, also betting heavily on coal, expanding its operations in Canada beyond nickel and other metals. In 2001, Delaney partnered with the Ontario Teachers’ Pension Plan and acquired the Luscar coal business in Alberta that supplies fuel to coal-fired power plants in Alberta and Saskatchewan. More recently, though, Sherritt has faced difficulties. Its shares (TSX:S) were unchanged in trading Thursday at $5.09, but down from their peak of more than $17 in 2007 during the commodities boom.

Earlier this year, Sherritt extended its work schedule and increased estimated costs for its Ambatovy project in Madagascar. It cited a litany of problems including poor performance by contractors and inaccurate estimates on the project in the island country off the east coast of Africa. The company has said the capital cost of the project will come in at US$5.5 billion, about 16 per cent more than it had previously predicted. In the quarter ended Sept. 30, Sherritt more than doubled its profits to $45.5 million or 16 cents a share. That was up from $22.5 million or seven cents a year ago. Revenues rose to $466.4 million from $412.7 million. Besides its nickel and cobalt operations, the company is the largest producer of thermal coal in Canada. It also is the largest independent energy producer in Cuba, with extensive oil and power operations across the island.

Sherritt, which has more than 6,800 employees and a stock market value of more than $1.5 billion, also licenses its nickel mining technology to other metals companies.

Does Sherritt International Have a Future in Cuba?, October 20, 2010

From The Cuba Standard: “Piñón on Energy: Analyzing Sherritt”, February 25, 2011

Up-Date on Canadian-Cuban Economic Relations, May 27, 2011