We cannot examine the last 50 years of Cuban economic activity without casting a critical eye. Even if we are clear about future goals, which are certainly full of challenges, an awareness of the pitfalls, errors, mistakes and misunderstandings from the past period may help to correct the future perspective.

Cuba is undergoing changes directed at achieving efficiency and increasing the productivity of the state-run enterprises (the plan), where efficiency depends, among other factors, on productivity. Productivity can be increased from different sources, but the important factor is that although a company may be proactive in the search for solutions, it is not possible to be proactive while being heavily regulated.

Various academic analyses show a decrease in the majority of state-owned economic sectors in the last 20 years, between the early 90’s and 2010, as well as in virtually all sectors, with the exception of a few, such as telecommunications, mining and construction, sectors that have received a strong injection of foreign capital since the early 90’s. Another study on skilled labor force shows low motivation, due to unsatisfactory wages, few moral and material incentives, organizational problems, over-qualification and, of course, technical materials problems.1

On January 29, 2012, at the closing of the First National Conference of the Communist Party, Raul Castro stated that:

“The only thing that can lead to the defeat of the revolution and socialism in Cuba would be our inability to eradicate the mistakes made in the 50 years since January 1, 1959 and those that we incur in the future.”

Following this thinking, it is clear that the challenges posed by the transformation at a relatively short term of the existing structural distortions in the Cuban economy. If we want Cuba to become a land of opportuni­ties and to achieve a sustained increase in the standard of living for all Cubans, then the time to make such decisions is not very far away, and the measures to take must be more pragmatic than those taken under the current government. At the same time we cannot forget to take into consideration the harassment that Cuba is subject to in its external transactions by the U.S. government. 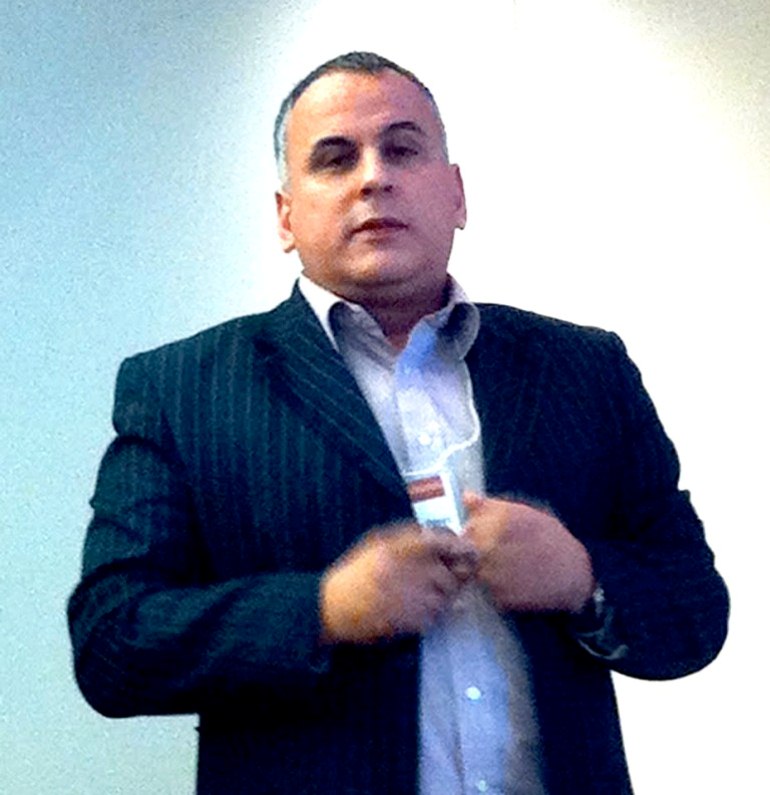 Dr. Perez Villanueva has presented at conferences in various Cuban institutes as well as internationally, includ­ing in the United States, Japan, France, Canada, Spain, Brazil, Puerto Rico, Mexico, Dominican Republic, Venezuela, China, Malaysia, Argentina, Peru, Jamaica, Barbados, Trinidad and Tobago and Norway. He has served as a visiting professor at Universities in the United States, Japan and France and has published over 70 research papers in a variety of areas of the Cuban and global economy. Below is a Power Point Presentation prepared for the “Seminar on Prospects for Cuba’s Economy” at the Bildner Center, City University of New York, on May 21, 2012 by Pavel Vidal Alejandro and Omar Everleny Pérez Villanueva. Unfortunately Omar was unable to make the CUNY session himself due to visa and flight delays and complications. 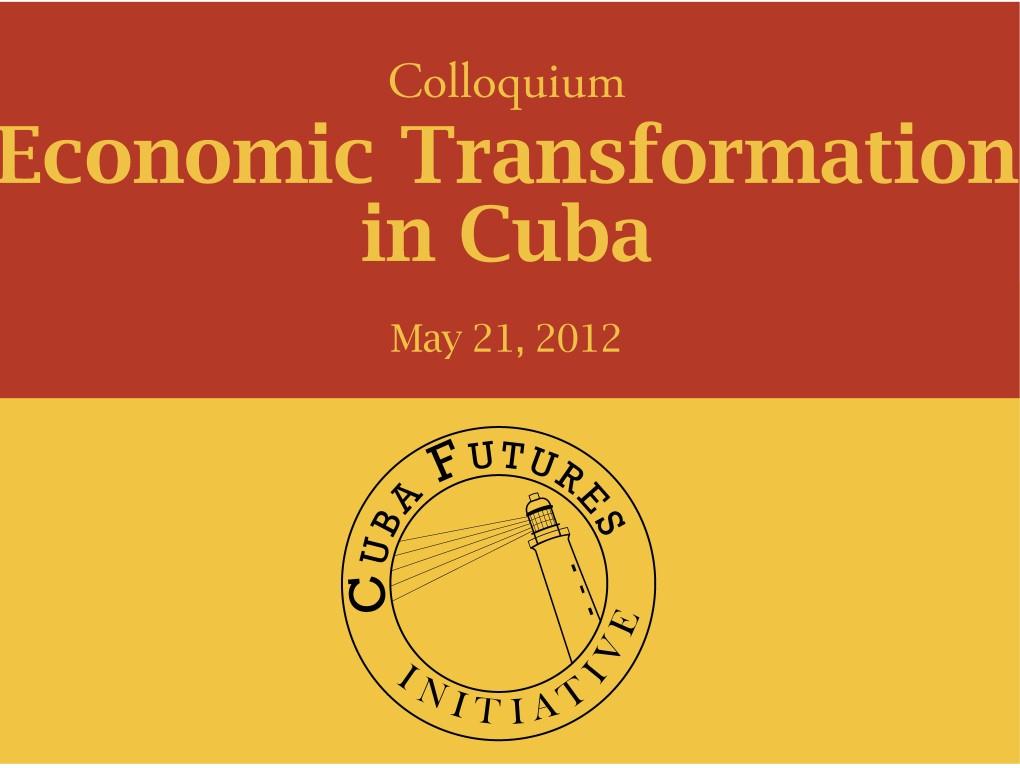 Updating re Economics Essays from TEMAS

Below are a series of hyperlinks to articles on economic reform in Cuba. Unfortunately the essays are available only in Spanish. 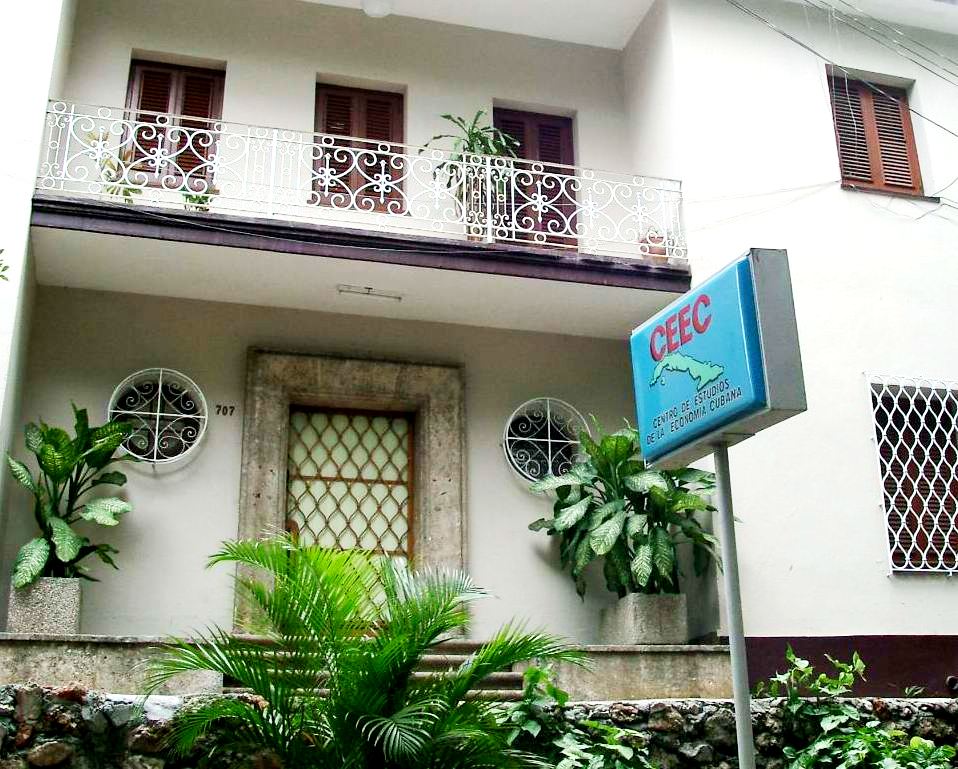 The University of Havana’s Centro de Estudios de la Economia Cubana has made itself the foremost research institution on the Cuban economy since its establishment in 1989.  Its faculty includes many of the best-known analysts on the Cuban economy, including both senior and newer faculty members. The work of the Cuban Economy Team is especially impressive and is certainly worth careful study by anyone interested in Cuba. I have often thought that Cuba would benefit immensely if some of the members of CEEC were in key Cabinet positions in the Government of Cuba responsible for the management of the economy.  I expect that this in fact will happen before too long! Cuban Economy Team: Dr. Juan Triana Cordoví, Dr. Omar Everleny Pérez (Director), Dr. Armando Nova González, Dr. Hiram Marquetti Nodarse, Dr. Jorge Mario Sánchez Egozcue, Dr. Pavel Vidal Alejandro, Ms. Betsy Anaya, Ms. CamilaPiñeiro Harnecker, Ms. Ricardo Torres Pérez and Lic. Saira Pons Pérez Enterprise Management Team: Dr. Orlando W. Gutierréz Castillo, Dr. Humberto Blanco Rosales, Dr. Rosendo Morales González, Dr. Jorge Ricardo Ramírez, Dra. Aleida Gonzalez-Cueto, Dra. Dayma Echevarría León, Dra. Ileana Díaz Fernández, Ms. Mercedes González Sánchez, Ms. Maria Isabel Suárez González,  Lic. Dayrelis Ojeda Suris and Lic. Mariuska Cancio  Fonseca The CEEC publishes a number of “Boletínes” each year that usually include valuable analyses of various aspects of Cuba’s economy and economic policy. Here are the Tables of Contents of the last three issues. The “Boletínes” are hyper-linked to the CEEC Web Site and some of the essays are linked to the PDF files for rapid access. 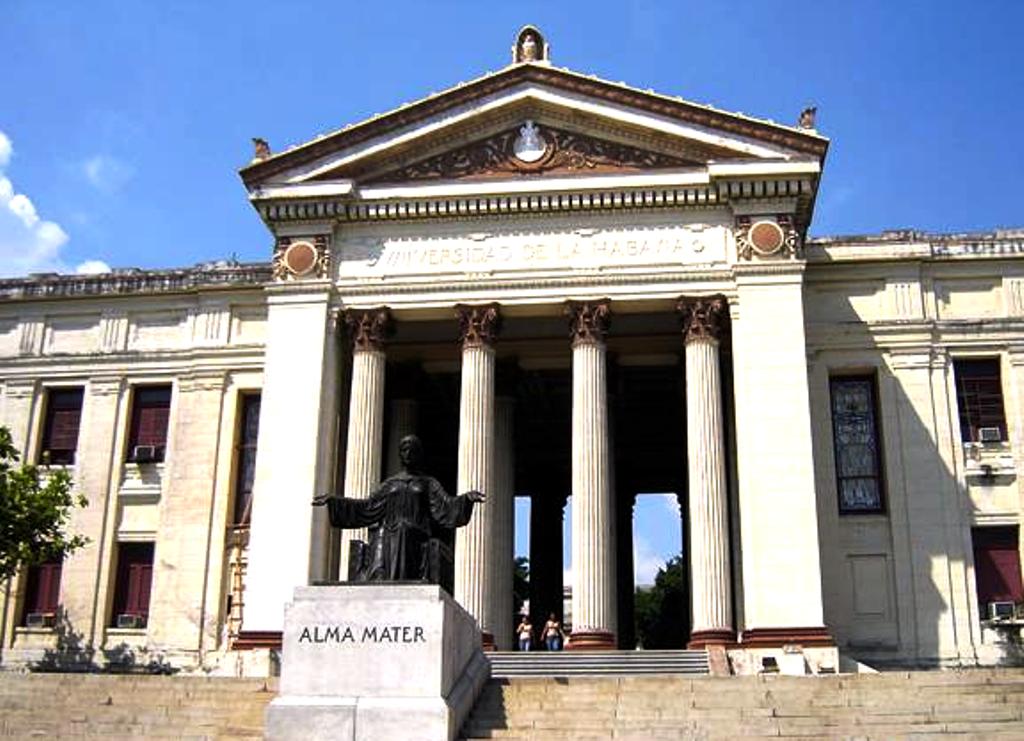 The Centro de Estudios sobre la Economia Cubana has just completed and publicized its 2011 Annual Report on the Cuban economy. Here are hyperlinks to the main economics articles. A number of essays focussing on enterprise management have not been included here.

Perhaps surprisingly, Espacio Laical, the journal of the CONSEJO ARQUIDIOCESANO DE LAICOS DE LA HABANA, has become a most interesting medium for economic and political and religious analyses and exchanges. Its circulation in digital format within Cuba via the “Intranet” is unclear. However, it has produced a variety of works by some of Cuba’s leading economic analysts including those in the main Research Institute focusing on the on the domestic Cuban economy, namely the Centro de Estudios sobre la Economia Cubana, (CEEC), ttp://www.ceec.uh.cu/. Many of the analysts in CEEC publish their work in Espacio Laical or other sources outside their own institution, which unfortunately has a rather minimalist web site at this time, .

Here is an Index of Economic Articles that have appeared in Espacio Laical, with most of them  hyperlinked to the original source.

Here is the web address for the article:

The web address for Espacio Laical is

Espacio Laical: http://espaciolaical.org. (Then if necessary go to the October 2010 edition first page.)

This essay is well worth reading, outlining the general economic situation in Cuba provoking the September 2010 liberalization of the restrictions on self-employment, summarize the regulatory changes, and present a number of comments on the policy changes, summarized below in Spanish: