CUBA AND COVID-19: WHY IS THEIR MODEL SO SUCCESSFUL? 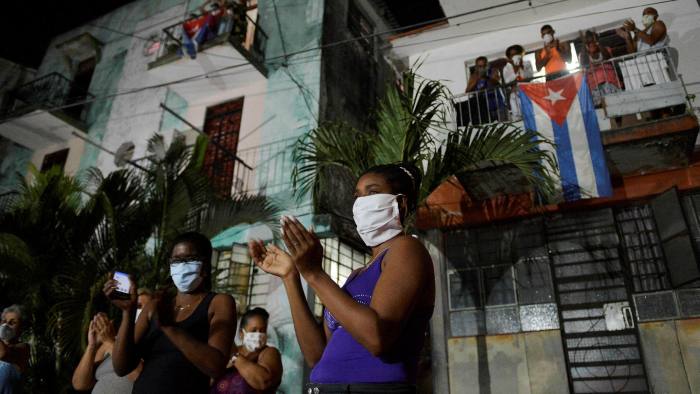 As the cold winter looms, along with the dreaded “second wave” of COVID-19, Canadians are faced with some alarming facts. While pleased that our infection and death rates are only half those found in the United States, we are doing poorly compared with one country barely mentioned in our media: Cuba. Their death rate (adjusted to population differences) is roughly 1/25 what ours is, while Canadians are ten times more likely to become infected by the virus than Cubans.

How did they manage to do this? Is there anything that we can learn from them?

The world is in a parlous state. There is the possibility that 500,000 Americans might die by February. The intensive care wards are rapidly filling up in Europe. In Canada, we are now hitting almost 1,000 new cases daily in the two most populous provinces of the country, Ontario and Quebec.

Yet, Cuba has managed to control the situation there, with fewer than 7,000 people infected and 128 dead. It has also faced, and curbed, a second wave of infections. Cubans are also over 40 times less likely to contract the virus than people in the United States. Countries of a similar size to Cuba offer interesting data in terms of fatalities. As of October 25, Cuba has experienced 128 deaths, compared with 10,737 in Belgium, 2,081 in Switzerland, 2,297 in Portugal, 5,933 in Sweden, and 1,390 in Hungary.

While there are some aspects of the Cuban model that are not transferable to Canada – largely because of radically different political systems – there are things that we can learn from them.

Cuba is fortunate that it is a small country, with 11.2 million people in an island about twice the surface area of Nova Scotia. It also has an excellent healthcare system, with three times the number of physicians per capita as Canada – the highest rate in the world. Its system emphasizes preventive medicine, as opposed to the curative approach used here. The Cubans moved with enormous speed to limit COVID-19, in part because of a finely tuned system to respond to natural disasters.

When COVID arrived in the island in March, brought by Italian tourists, the government decided to forego the funds derived from the tourism industry, and closed the island to tourists. Healthcare for all was deemed far more important than economic growth.

John M. Kirk is Professor of Latin American Studies at Dalhousie University, and the author/co-editor of 17 books on Cuba, including two on its healthcare system.

This entry was posted in Blog and tagged Covid 19, Health, Medical System. Bookmark the permalink.