IS THERE A WAY OUT OF CUBA’S ECONOMIC CRISIS?

The economy is a failed subject that we must pass, said Omar Everleny Perez

HAVANA TIMES – In a recent forum economist Omar Everleny Perez maintained that Cuba needs to make use of all its productive potential. Something he said hasn’t happened to date, especially the private sector, to stimulate growth and development.

“It’s time to advance in a new direction where private business isn’t seen as an evil. That appears to be overcome, but not completely. There is a long way to go, said the economist during the forum titled “How to Leave Behind the Crisis?”  The sponsor was the YouTube channel of the group Cuba es mi Patria.

The platform was created in March 2020, integrated by Cubans from inside the country and abroad. It hopes to contribute towards a democratic, economically prosperous and socially responsible country.

As a principle, the group rejects the United States embargo and its interventionist policies that affect life in Cuba.

Perez said the measures approved for the post pandemic period, “are better late than never, a very important step”. He recalled that many of them were approved in 2011 with the Communist Party “guidelines”. This reforms document, started by Raul Castro (2008-2018), was expanded in 2016.

Many economists had previously asked, why it takes so along to apply the reforms if they have all the political support? And they also criticized many of our positions, especially about small and medium size companies (PYMES), noted Perez.

“The main task now is to accelerate those decisions. It’s not enough just to say that the PYMES will be created. It takes speeding up the documents that make the task succeed. We shouldn’t work in the past, but for a future.”

Perez noted there has always been “a big distance between academia and decision makers, between researchers and the management system.” He believes that Cuba has better conditions today to promote the necessary changes. President Diaz-Canel’s frequent meetings with scientists and researchers is seen as a positive indicator.

Perez also considers it necessary to clear up some aspects in the reformed Constitution, in effect since April, 2019. One is the article prohibiting the concentration of wealth.

One area needing clarification, he said, is regarding imports and exports. Besides announcing the coming legal status to pymes, they already created the option to export and import to develop a business. “But, what’s the limit allowed for this activity?” We need more information, said Perez.

Perez says the country must change from general to targeted actions to protect vulnerable individuals and groups. “Let all those who can get ahead do so. And help those who lag behind, by using the national budget, social security, and food subsidies.”  Ideological contradictions have stopped the application of many of the topics approved in the Communist Party guidelines, said Perez.

He further noted that Cuban society has become unequal. They shouldn’t be providing the same rationed products to a restaurant owner and an 80-year old retiree.

Perez said the country has succeeded in important fields, such as health and education and others where it competes at international levels. But the economy is a failed subject that we must finally pass.

“The embargo is real, and it greatly affects the Cuban economy, but it is not the only problem. Cuba buys cheap chicken from the USA, but it has to be pay in cash. It goes further than the relationship among both countries. European entities and companies are fined, for example.

“Every month there is a new measure from the Trump administration. Their repeal won’t solve all the problems, but it would clear the way. It would finish the arguments that we can’t do anything because of the blockade. Access to credit from international financial entities depends on a better relationship with US. It happened during Obama administration (2009-2017).”

“The creation of the convertible Cuban peso was a good measure in the old days. But they began to print more CUCs than the USD existing in the Cuban banks. Now the CUC is not convertible, it is a useless currency. What will remain is the regular Cuban peso (CUP), in which 85 percent of Cuban population receive the salary. I don’t think the dollar will be eliminated again from our economy in the medium-term. We have to increase salaries and do a wage reform. The exchange rates used by state companies need a new approach, closer to reality. Thus, creating a fair competition with private companies.”

“In social and political terms, it is not an appropriate action, because not everyone has USD. The government realized there is a large sum of USD in the country, noticing they didn’t have any participation. The stores selling in hard currency are full of buyers, but since March 2020 there aren’t flights directed to Cuba. Where is all that USD coming from? Cubans use to go to Panama and Mexico to buy products and resell them in Cuba at a profit. The government decided to import some of those items to sell at half the price of the informal trade. The benefits were for Cuban citizens and the government alike.”

“The Paris Club cancelled 85 percent (8.5 billion dollars) of the Cuban debt and Russia, 90 percent (more than 30 billion dollars). Cuba asked to defer payments for two years because of the damage caused by the pandemic period and fall of the exports. But the Paris Club gave a them a term for one year. I heard that Cuba will resume payment in 2021.

The Cuban economy is in its worst moment. At the end of 2020, the foreign debt should be around 28.671 billion dollars. That represents around 27 percent of the 106.343 billion dollars calculated as Cuba’s GDP, estimates the Economist Intelligence Unit. The official yearbook for 2019 is not ready yet.”

“Ideological contradictions have stopped the application of many of the approved changes. There has always been rejection to a private sector. The perception that an advance in this sector could cause the loss of social achievements. It’s not about copying the Chinese and Vietnamese models, but we must improve agriculture, and solve the food problem. Our economy has no way to go forward without production and tourism. This is a paralyzed country. Infrastructure is deteriorated, and with a different population, many of whom were born after 1990. All ideological obstacles should be left behind.”

Impact of emigration and the loss of young professionals.

“A Cuban engineer arrives to any market in the world and one year later is as competitive as any other professional formed in another school. We have highly qualified human resources. It’s a pity that they are educated here, resources are spent, and then because of the economic situation they go to other countries looking for opportunities. They could do this in Cuba if it would be allowed.

“Many of them go away because they can’t see a solution to their personal economic situation working in a state-run company with a monthly salary of 600 CUP (24 USD). We have to give them a motivation to reduce the exodus of this labor force. This is not only a problem in our country.”

Investment from the Cuban side

“Cuba must give the same treatment for national and foreign investment. There are concepts to change. Some areas will be limited, as security and defense. Many Cubans will be ready to invest if the government changes the rules of the game. It’s seed capital that is there.”

“The possibility to import is already recognized and that’s a good measure. However, there are state companies known for their inefficiency and we’ll see if private businesses can work with them. Let’s see in six months how the first operations go. There are still a lot of unnecessary controls.” 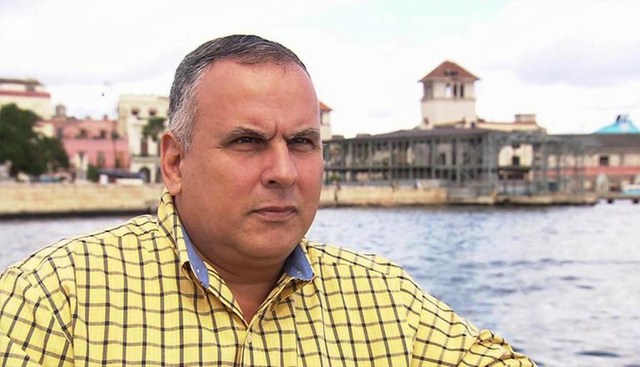