The Cuban government announced that it will start issuing licenses to open new businesses — frozen since August 2017 — but established greater controls through measures intended to prevent tax evasion, limit wealth and give state institutions direct control over the ‘self-employment’ sector

The Cuban government issued new measures on Monday to limit the accumulation of wealth by Cubans who own private businesses on the island. The provisions stipulate that Cubans may own only one private enterprise, and impose higher taxes and restrictions on a spectrum of self-employment endeavors, including the arts.

The government announced that it will start issuing licenses to open new businesses — frozen since last August — but established greater controls through a package of measures intended to prevent tax evasion, limit wealth and give state institutions direct control over the so-called cuentapropismo or self-employment sector.

The measures will not be immediately implemented. There is a 150-day waiting period to “effectively implement” the new regulations, the official Granma newspaper reported.

Cubans who run private restaurants known as paladares, for example, will not be able to rent a room in their home to tourists since no citizen can have more than one license for self-employment.

“There are workers who have a cafeteria and at the same time have a manicure or car wash license. … That is not possible. In practice, he is an owner who has many businesses, and that is not the essence and the spirit of the TCP [self-employment], which consists of workers exercising their daily activities,” Marta Elena Feitó Cabrera, vice minister for labor and social security, told the official Cubadebate site.

About 9,000 people, half in Havana, are affected by the measure, said the official.

In addition, all private sector workers must open an account in a state bank to carry out all their business operations. And the boteros, those who work as private taxi drivers, must present receipts to justify all their deductible expenses. Other measures curb the hiring of workers in the private sector, which currently employs 591,456 people, or 13 percent of the country’s workforce.

The government also stated it would eliminate the tax exemption for businesses that have up to five employees and would instead impose a sliding scale that increases with each worker hired. It also ordered an increase in the required minimum monthly taxes of businesses in various categories.

Government officials quoted by Granma said that the measures will increase tax collection and reduce fraud. But economists have warned that more taxes on hiring employees could dramatically hamper the development of the private sector at a critical moment. A monetary reform — which could bankrupt nearly half of the state companies, potentially leaving thousands unemployed — is expected to happen soon.
The new measures also maintain a halt on new licenses for things such as “seller vendor of soap” and “wholesaler of agricultural products,” among others.

One significant provision states that those who rent their homes to tourists and nationals may also rent to Cuban or foreign companies but “only for the purpose of lodging.” That would presumably prevent renters from subletting units.

The “rearrangement” of self-employment, as the new measures were framed in the official media, reduces licenses by lumping together various elements of one industry while limiting another. For example, while there would be only one license for all beauty services, permits for “gastronomic service in restaurants, gastronomic service in a cafeteria, and bar service and recreation” were separated — meaning that one can own a restaurant but not also a bar.

To increase controls, each authorized activity will be under the supervision of a state ministry, in addition to the municipal and provincial government entities, which can intervene to set prices. The level of control reaches such extremes that the Official Gazette published a table with classifications on the quality of public restrooms and the leasing rates that would have to be paid by “public bathroom attendants,” one of the authorized self-employment categories. Some public bathrooms are leased by the state to individuals who then are responsible for upkeep and make their money by charging users a fee.

The regulations are the first significant measures announced by the government since Miguel Díaz-Canel was selected as the island’s new president in April. But the proposed regulations had been in the making for months by different government agencies, according to a draft of the measures previously obtained by el Nuevo Herald. The announcement comes just as the Cuban economy is struggling to counter the losses brought by the crisis in Venezuela — its closest ally — and the deterioration of relations with the United States.

The new measures could also have a significant impact on the cultural sector. The decree may be used by the Ministry of Culture to increase control over artists and musicians and impose more censorship in the country.

Decree 349 of 2018 establishes fines and forfeitures, as well as the possible loss of the self-employment license, to those who hire musicians to perform concerts in private bars and clubs as well as in state-owned venues without the authorization of the Ministry of Culture or the state agencies that provide legal representation to artists and musicians.

Many artists in urban genres such as reggaeton and hip-hop, who have been critical of the Cuban government, do not hold state permits to perform in public. However, many usually perform in private businesses or in other venues.

Painters or artists who sell their works without state authorization also could be penalized.

The measures impose sanctions on private businesses or venues that show “audiovisuals” — underground reggaeton videos or independent films, for example — that contain violence, pornography, “use of patriotic symbols that contravene current legislation,” sexist or vulgar language and “discrimination based on skin color, gender, sexual orientation, disability and any other injury to human dignity.”

The government will also sanction state entities or private businesses that disseminate music or allow performances “in which violence is generated with sexist, vulgar, discriminatory and obscene language.”

Even books are the target of new censorship: Private persons, businesses and state enterprises may not sell books that have “contents that are harmful to ethical and cultural values.” 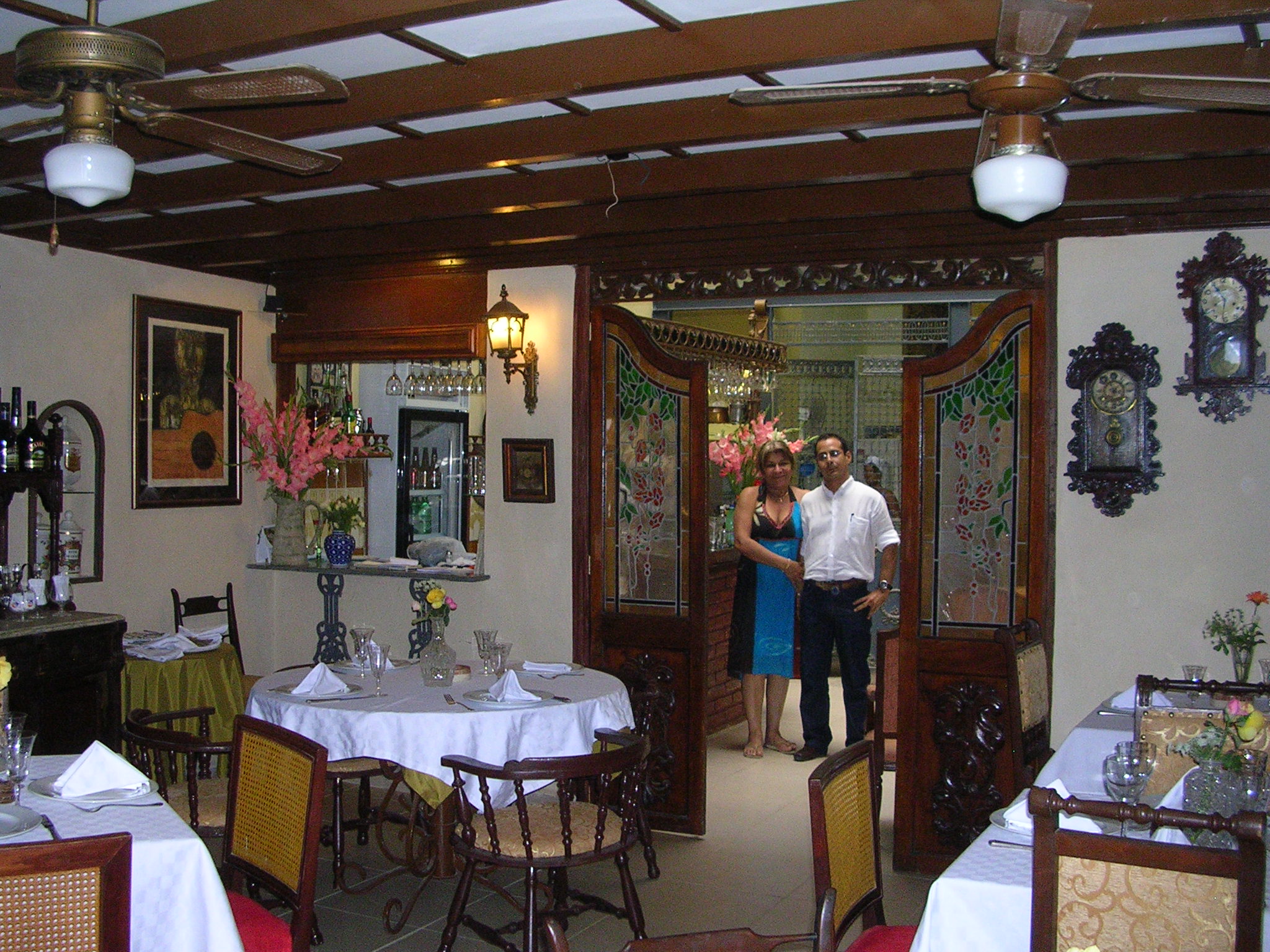 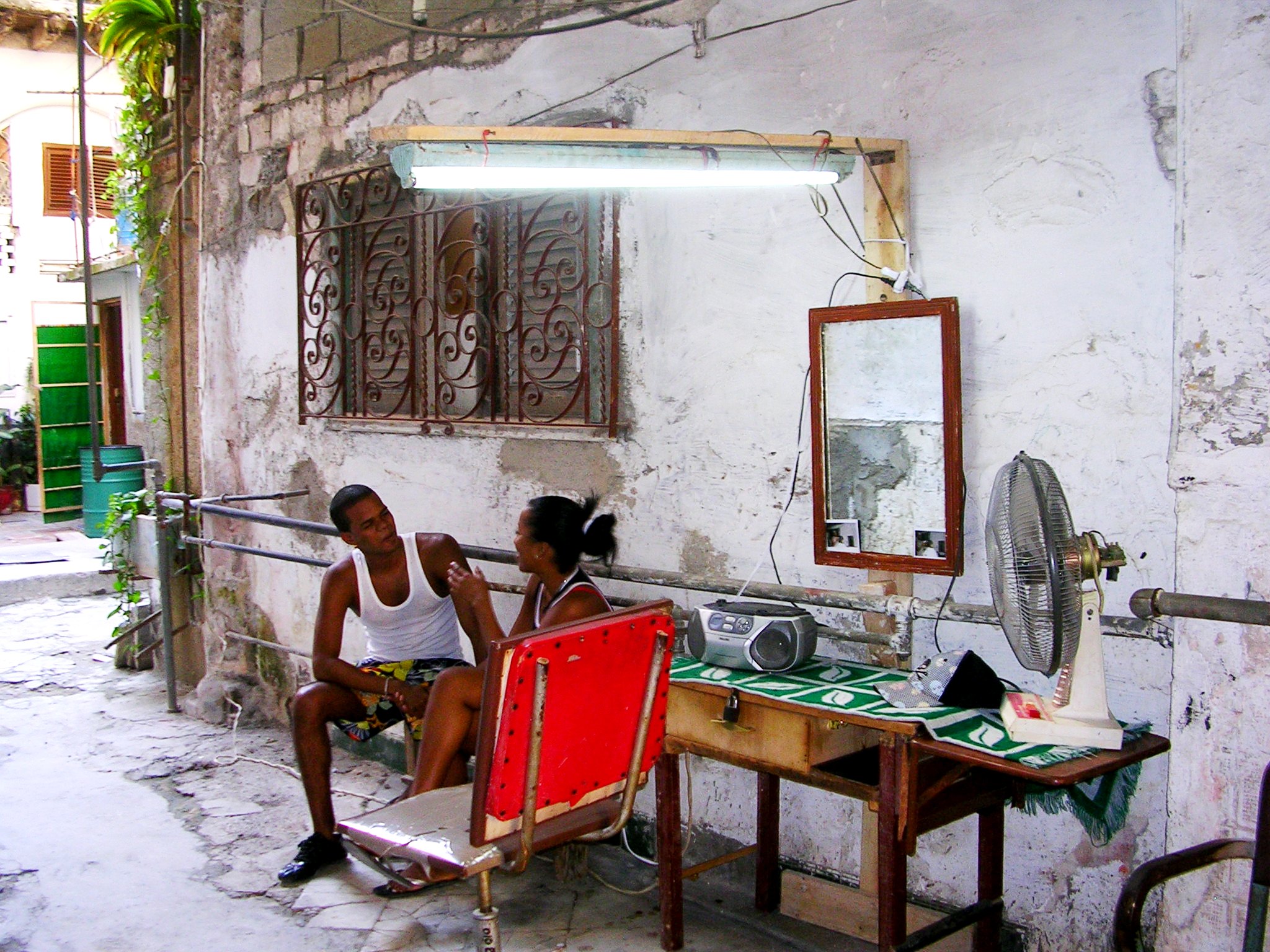 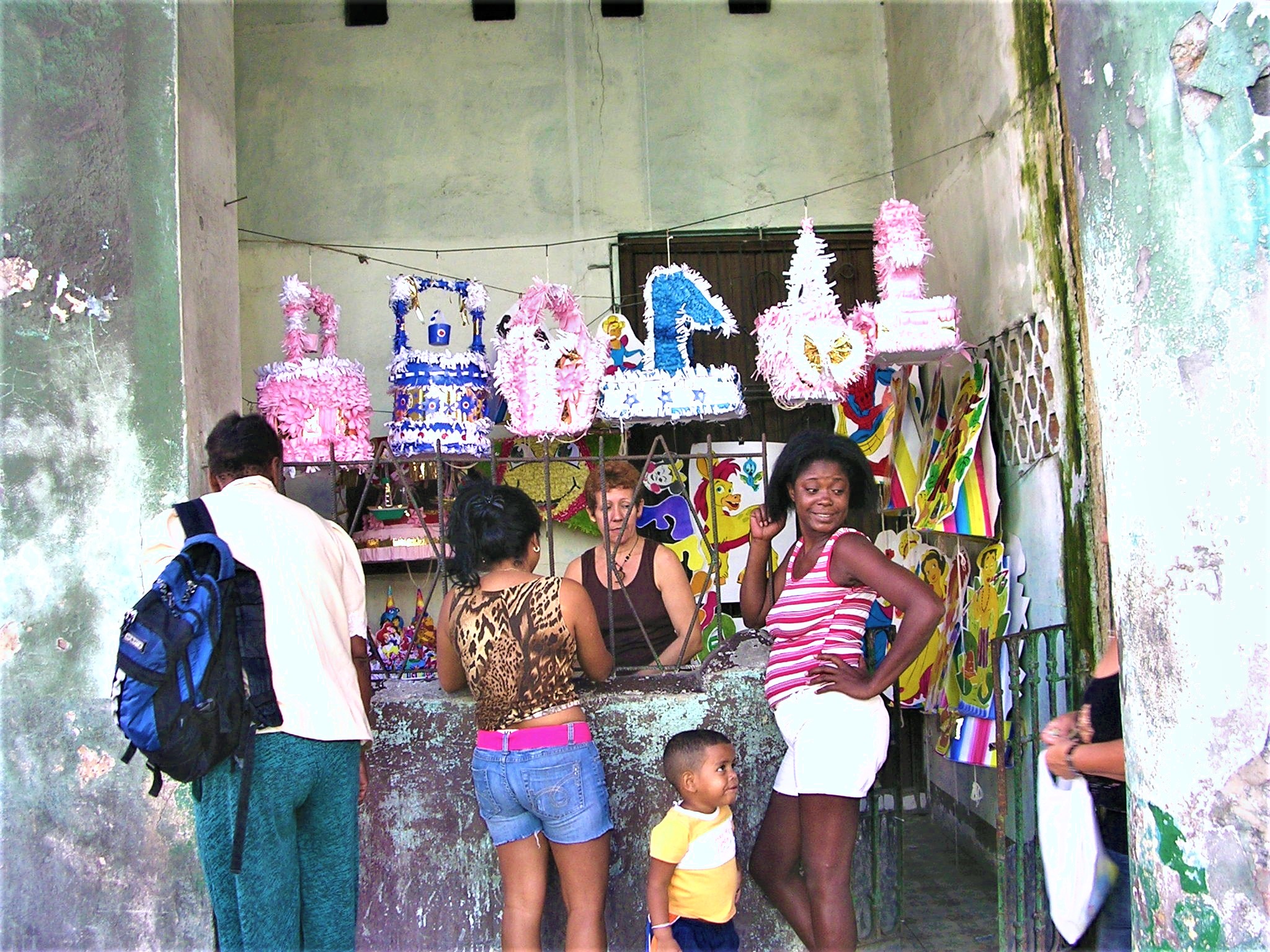 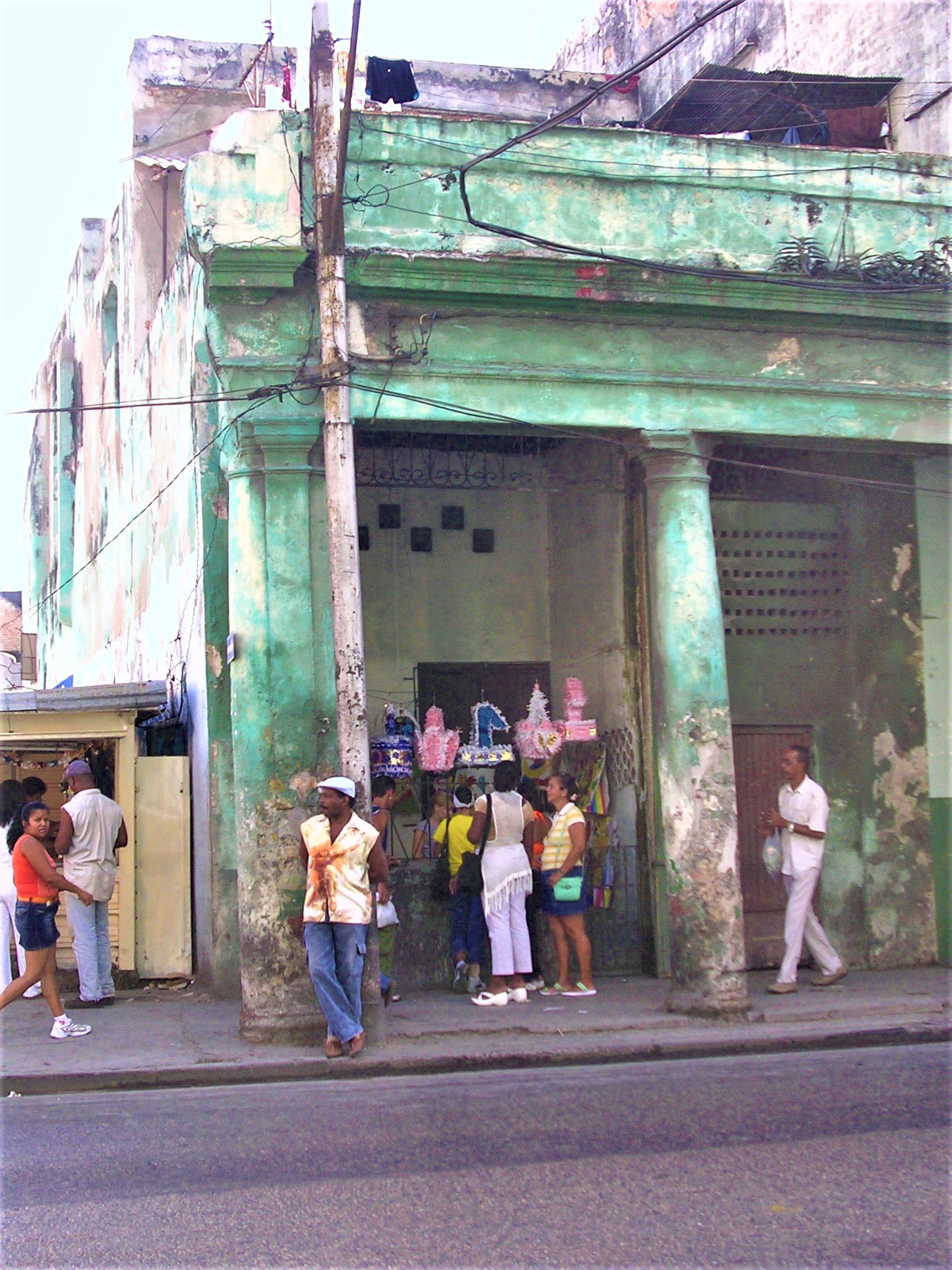 This entry was posted in Blog and tagged Cuenta-Propistas, Freedom of Expression, Regulation, Self-Employment, Small Enterprise, Taxation. Bookmark the permalink.