A special report by the Committee to Protect Journalists: CONNECTING CUBA: MORE SPACE FOR CRITICISM BUT RESTRICTIONS SLOW

More in This Report

Graphic: How Cubans Get Online

A lively blogosphere, an increasing number of news websites carrying investigative reporting and news commentary, and an innovative breed of independent reporters who are critical of, yet still support socialist ideas have vitally transformed Cuba’s media landscape in the past five years. 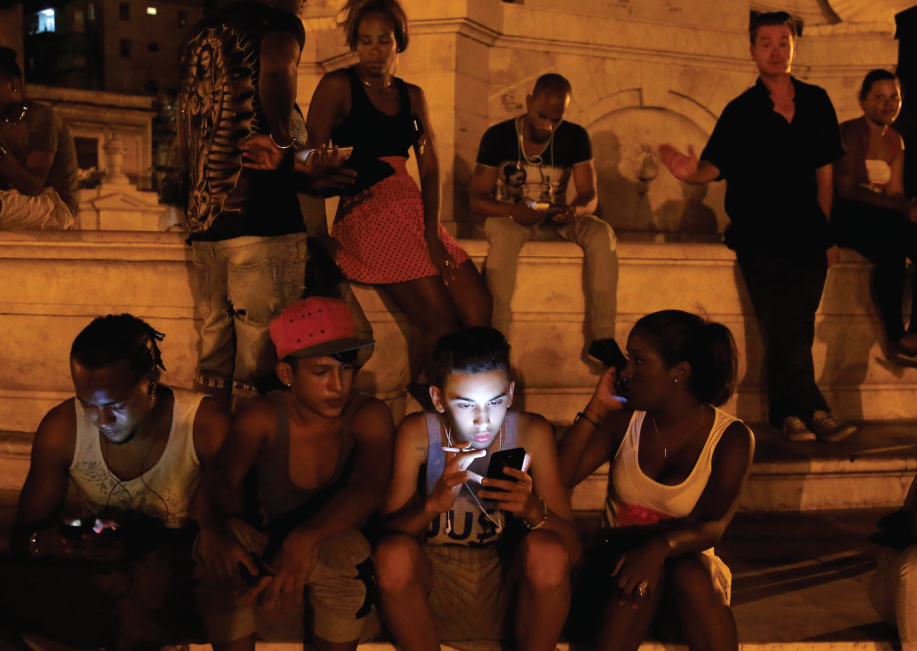 The energized press scene is in stark contrast with the island nation’s restrictive legal framework, which curbs freedom of speech under the pretense of protecting the “independence or territorial integrity of the state.” The constitution bans private ownership of the press and all media are supposedly controlled by the one-party Communist state, but the spread of independent reporting is a sign of a changing Cuba.

Reporters, from the most critical—who are known as dissidents—to journalism graduates, documentary filmmakers, and pro-revolutionary bloggers are opening new spaces for free expression and entrepreneurial journalism that not long ago seemed off limits.

Bloggers with whom CPJ spoke said they have embraced the loosening of restrictions. “We are seeing opportunities that were inconceivable five years ago,” said Alejandro Rodríguez, who quit his job in 2012 at Adelante, a state-run weekly in the eastern city of Camagüey, to start a blog.

However, many said that more work needs to be done, with the threat of arbitrary detention, vague and outdated laws, and limitations on internet access slowing Cuba’s press freedom progress.

Internet access in Cuba, which the U.N. ranks in last place in the Americas, is still inaccessible to most citizens. And while large-scale systematic state repression has eased significantly, the most strident opponents in the media told CPJ they still face harassment and intimidation from authorities.

The burgeoning media field began its expansion in 2011, when President Raúl Castro introduced market-style reforms to reinvent socialism. However, many of those reforms have been implemented sluggishly, and even reversed in some areas.

When the call for loosening of restrictions was first made, the party leadership urged the Cuban population to be critical of the government and state institutions. Castro told the People’s Assembly in a December 2010 speech not to fear discrepancies and differences of opinions.

Journalists, especially those working for the state press, have been emboldened by these statements. And while there is almost no criticism of government policies in state media, most newspapers—including the national daily Granma—have started “Letters to The Editor” sections that provide a vehicle for Cubans to express opinions.

State journalists and academics in Havana said they recognize the need for the official press to become more critical, and some have called for a public information law. Laura Blanco Betancourt, a reporter for the state-owned provincial daily Vanguardia, acknowledged that the lack of “a culture of debate” had prevented candid discussions within the official press. José Ramón Vidal, a former editor of the daily Juventud Rebelde, went further in an interview published in the December 2015-March 2016 edition of Mexican magazine Razón y Palabra, where he argued that Cuba should change its “communication model” because “important social issues” were being left behind. Vidal, now a communications professor at the University of Havana, said the propaganda-based media model was facing a crisis and Cubans no longer paid attention to it.

Raudiel Peña Barrios, a lawyer in Havana, wrote in the online magazine OnCuba, “the mere fact that [freedom of information] is under discussion is big news in the Cuban context.” In the article, “The Right to Information Cuba: Possibility or Utopia?” Peña said that such legislation “should help to democratize access to information.”

Blanco Betancourt, who is based in Santa Clara province, said that a public communication strategy could help, adding that any such legislation “must include access to public information for all Cubans.”

While Cuba’s tight grip on the press has waned in recent years, authorities still exert control over the media and the most critical independent journalists continue to face harassment. Long-term incarcerations have become rare since the 2003 crackdown—during which CPJ documented 29 journalists serving lengthy prison sentences—but detentions and summons are still common, CPJ research shows. The once-common accusation of acting as “mercenaries” at the service of the U.S. has become almost obsolete.

“We are seeing opportunities that were inconceivable five years ago.” Alejandro Rodríguez, blogger

The restoration of diplomatic ties between Washington and Havana in December 2014, coupled with U.S. President Barack Obama’s historic March 2016 visit to Cuba, have made it harder for the government to justify press censorship as a means to protect the nation from American aggression, Cuban journalists said.

However, on the day that Obama arrived in Cuba, independent blogger and activist Lázaro Yuri Valle Roca was arrested and held in custody for five days after trying to cover a protest by the Ladies in White, an opposition group founded by the wives of jailed dissidents. The journalist told CPJ after his release that no charges were filed, but he was warned that he could face legal action if arrested again.

The restoration of ties has led to suggestions from some analysts that Cuba may return to the Organization of American States, which expelled Cuba in 1962. But in June, Cuba said that as a show of solidarity with Venezuela, it would not join the group, the BBC reported. Castro’s statement came after the OAS Secretary-General Luis Almagro called for sanctions to be imposed on Venezuela. Membership to the OAS, whose charter includes a commission to protect human rights, would require Cuba to improve its press freedom record, including easing restrictions on internet access and ending the harassment of journalists.

Cuba, ranked 10th on CPJ’s 2015 list of the world’s most censored countries, has the most restrictive laws on free speech and press freedom in the Americas. Its penal code contains restrictive press freedom provisions.

Most criminal prosecutions that threaten freedom of speech include charges of contempt of authority under Article 144, “enemy propaganda” under Article 115, or acting against “the independence or the territorial integrity of the state,” under Article 91, which is often used in conjunction with Law 88, “protection of Cuba’s national independence and economy,” according to a 2016 comparative study of criminal defamation laws in the Americas, prepared for CPJ by the law firm Debevoise & Plimpton in collaboration with the Thomson Reuters Foundation. The charges can carry a prison term of up to 20 years.

Most of the prosecutions refer to the defamation of public institutions, organizations, national heroes and martyrs, which is also often used in conjunction with other provisions to curb freedom of expression by preventing public debate and criticism of the authorities and government policies.

The far-reaching transformation of the media landscape has broadened the space for criticism allowing all sectors of the press to delve into issues previously perceived as taboo, such as gay rights, allegations of official corruption and poverty.

The internet is, perhaps, the biggest hurdle for journalists to becoming relevant, because most of their content is consumed outside the island. At the same time, they must pay high prices for online access and find original ways to disseminate their work to a home audience that is largely offline.

These new media journalists also operate in a legal limbo. Article 53 of the constitution bans private ownership of the press and recognizes “freedom of speech and the press in accordance with the goals of the socialist society.” Many of the journalists CPJ interviewed said that they approach their work cautiously and sometimes veer away from publishing overtly critical work because of the current legal framework.

Dismantling this framework for the press, removing all barriers to individual internet access, while expanding it to the population at large are key to fostering a more open environment, according to analysts and Cuba experts.

The slow loosening of restrictions reflects a government with many high-ranking leaders above the age of 80 who are not part of an active online community. Within the government and the party leadership there is a debate on how swift this opening should be.

Dissidents, journalists who report on social issues but are not considered hostile, pro-government bloggers, and members of the state-owned press all agree on one point: they want the government to provide more, inexpensive and less-restricted access for Cuba’s 11 million people.

In a July 2015 interview in Juventud Rebelde, José Ramón Machado Ventura, the second-highest ranking member of Cuba’s Communist Party, accused foreigners of trying to promote expanded internet access “not for Cuban people to communicate but to penetrate us and do ideological work for a new conquest.” This stubborn approach to internet access calls into question whether the government will meet its pledge of bringing internet access to 50 percent of the population by 2020, finances permitting. Such an achievement will demand a great deal of courage from the Cuban leadership.

This entry was posted in Blog and tagged Communications, Communist Party of Cuba, Freedom of Expression, Internet. Bookmark the permalink.