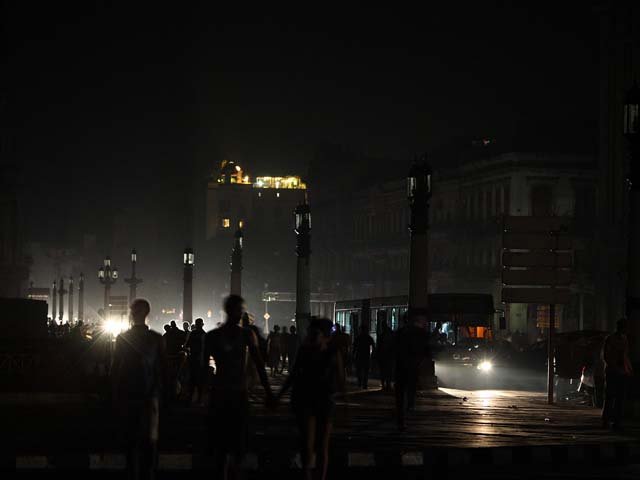 A return to the “Black-outs” of the early 1990s?  No, I don’t think so.    Maybe a few but unlikely to be as widespread or longlasting. 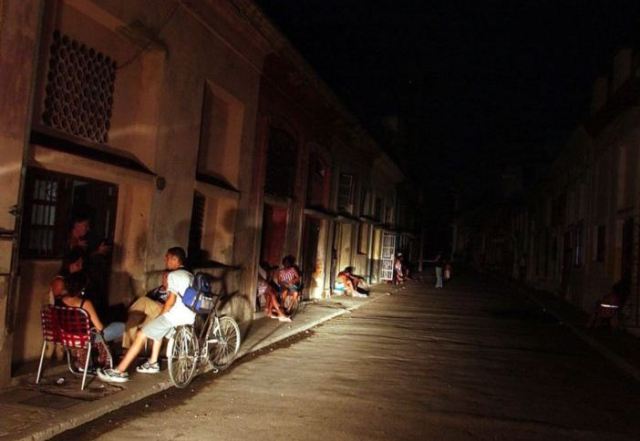 MEXICO CITY — During the economic turmoil of the early 1990s, power cuts in Havana were so routine that residents called the few hours of daily electricity “lightouts.”

Now, grim economic forecasts; the crisis in its patron, Venezuela; and government warnings to save energy have stoked fears among Cubans of a return to the days when they used oil lamps to light their living rooms and walked or bicycled miles to work because there was no gasoline.

Addressing members of Parliament last week, Cuba’s economy minister, Marino Murillo, said the country would have to cut fuel consumption by nearly a third during the second half of the year and reduce state investments and imports. His comments, to a closed session, were published on Saturday by the state news media.

Cuba’s economy grew by just 1 percent in the first half of the year, compared with 4 percent last year, as export income and fuel supply to the island dropped, said Mr. Murillo.

“This has placed us in a tense economic situation,” he said.

Weak oil and nickel prices and a poor sugar harvest have contributed to Cuba’s woes, officials said. Venezuela’s economic agony has led many Cubans to wonder how much longer their oil-rich ally will continue to supply the island with crucial oil — especially if the government of President Nicolás Maduro falls.  Those fears grew last week after Mr. Murillo warned of blackouts and state workers were asked to cut their hours and sharply reduce energy use.

“We all know that it’s Venezuelan oil that keeps the lights on,” said Regina Coyula, a blogger who worked for several years for Cuban state security. “People are convinced that if Maduro falls, there will be blackouts here.”

President Raúl Castro of Cuba acknowledged those fears on Friday but said they were unfounded.

“There is speculation and rumors of an imminent collapse of our economy and a return to the acute phase of the ‘special period,’” Mr. Castro said in speech to Parliament, referring to the 1990s, when Cuba lost billions of dollars’ worth of Soviet subsidies.

“We don’t deny that there may be ill effects,” he added, “but we are in better conditions than we were then to face them.”

Mark Entwistle, a business consultant who was Canada’s ambassador to Cuba during the special period, said that despite its dependency on Venezuelan fuel, the island’s economy is now more sophisticated and diversified than it was before the Soviet collapse.

Besides, he said, Cuba has “this phenomenal social and political capacity to absorb critical changes.”

Still, some are perturbed at the prospect of power cuts. None of the Havana residents interviewed over the weekend had experienced power outages in their neighborhoods.

In an unusually blunt speech to journalists this month, Karina Marrón González, a deputy director of Granma, the official Communist Party newspaper in Cuba, warned of the risk of protests like those of August 1994, when hundreds of angry Cubans took to the streets of Havana for several hours.

“We are creating a perfect storm,” she said, according to a transcript of her speech that was published in various blogs. She added, “Sirs, this country cannot take another ’93, another ’94.”

Herbert Delgado-Rodríguez, 29, an art student, remembered his mother cooking with charcoal in the 1990s.

“I don’t know if it will get to the point where there will be protests in the street,” he said. However, he added, Cubans “won’t tolerate the extreme hardships we faced in the ’90s.”

One worker at a bank said that employees had been told to use air-conditioning for two hours each day and work a half-day. Fuel for office cars had been cut by half, she said. A university professor said that she had been given a fan for her office and told to work at home when possible.

Jose Gonzales, who owns a small cafeteria in downtown Havana, was more sanguine.

“Raúl is simply urging us to cut back on unnecessary consumption, that’s all,” he said, adding that talk of another special period was “just a lot of speculation.”

Not all offices or companies have been affected, and Mr. Murillo said that the idea was to ration energy in some users so that others — homes, tourist facilities and companies — could use as much as they need.

In all, he said, the government aimed to cut electricity usage by 6 percent and fuel by 28 percent in the second half of the year.

Under an agreement signed in 2000, Venezuela supplies Cuba with about 80,000 barrels of oil per day, a deal worth about $1.3 billion, said Jorge Piñon, an energy expert at the University of Texas. In return, Cuba sends thousands of medical and other specialists to Venezuela.

On Friday, Mr. Castro said there had been a “certain contraction” of that oil supply.

How large of a contraction is unclear. Reuters reported last week that shipments of crude to Cuba had fallen 40 percent in the first half of this year. Mr. Piñon said that at least part of the reduction was oil that Venezuela refines in Cuba and then ships out again.

Cuba’s energy problems may also be a product of growing demand on the electricity grid, he said. Electricity consumption has risen dramatically over the past 10 years as Cubans who receive remittances from abroad kept air-conditioners whirring and private restaurants, bars and bed-and-breakfasts added refrigerators and heated food in toaster ovens.

Tourism has soared since the United States and Cuba announced an end to their 50-year standoff in December 2014. The number of visitors rose 13.5 percent in the first four months of 2016 and is likely to rise further when commercial flights from the United States begin this year.

If Venezuela did halt oil exports to Cuba, it would not necessarily precipitate a political crisis, experts and bloggers said.

The United States may offer help in order to prevent instability or a mass exodus of desperate Cubans. The Cuban government might speed reforms and open the door wider to foreign investment, Mr. Entwistle said.

“To extrapolate some dire political consequence is unwise,” said Mr. Entwistle, adding, “There are so many levers that they have to push and pull.”