Cuba decided at a secretive Communist Party congress last week to reverse market reforms in food distribution and pricing, according to reports in official media, reflecting tensions within the party about the pace of economic change.

President Raul Castro unveiled an ambitious market reform agenda in one of the world’s last Soviet-style command economies after he took office a decade ago, but the reforms moved slowly in the face of resistance from conservatives and bureaucrats.  At the April 16-19 congress, Castro railed against an “obsolete mentality” that was holding back modernization of Cuba’s socialist economy. But he also said the leadership needed to respond quickly to problems like inflation unleashed by greater demand as a result of reforms in other sectors.

In response, delegates voted to eliminate licenses for private wholesale food distribution, according to reports over the past week in the Communist Party daily, Granma, and state television. Delegates said the state would contract, distribute and regulate prices for 80 to 90 percent of farm output this year, compared to 51 percent in 2014, according to debates broadcast in edited form days after the event.  Reuters reported in January that Cuba had begun a similar rollback in some provinces, increasing its role in distribution again and regulating prices. The decision at the congress will extend that program.

Data released in March showed that Cuba’s farm output has barely risen since 2008, when Castro formally took over from his brother Fidel, contributing to a spike in food prices blamed on supply-demand mismatch.

Cuba imports more than 60 percent of the food it consumes.

The Union of Young Communists’ newspaper, Juventud Rebelde, reported late last year that the price of a basket of the most common foods increased 49 percent between 2010 and early 2015.  There are no government statistics on food inflation.

While hurricanes and drought have played a part in poor farm output, some experts and farmers say Cuba did not go far enough in allowing farmers freer access to seeds and fertilizers to increase production.

But demand is rising fast. Relaxation of restrictions on self-employment has led to a boom in small restaurants, at a time when Cuba’s detente with the West is leading to record numbers of tourists and an emerging consumer class.

According to the reports, there was no discussion at the congress of moving ahead with plans to allow farmers to buy supplies from wholesale outlets, instead of having them assigned by the state.  Nor was there mention of another reform, also adopted five years ago and never implemented, to have cooperatives join forces to perform tasks currently in state hands, for example ploughing fields.

The state owns nearly 80 percent of arable land in Cuba, leasing most of it to cooperatives and individual farmers. It has a monopoly on imports and their distribution.

“They never fully carried out the reforms and gave them time to work. They stopped half way and appear unable to come up with any other solution than backtracking,” said a local agriculture expert, who asked to remain anonymous.  He said farmers often had no equipment and few supplies such as seed. 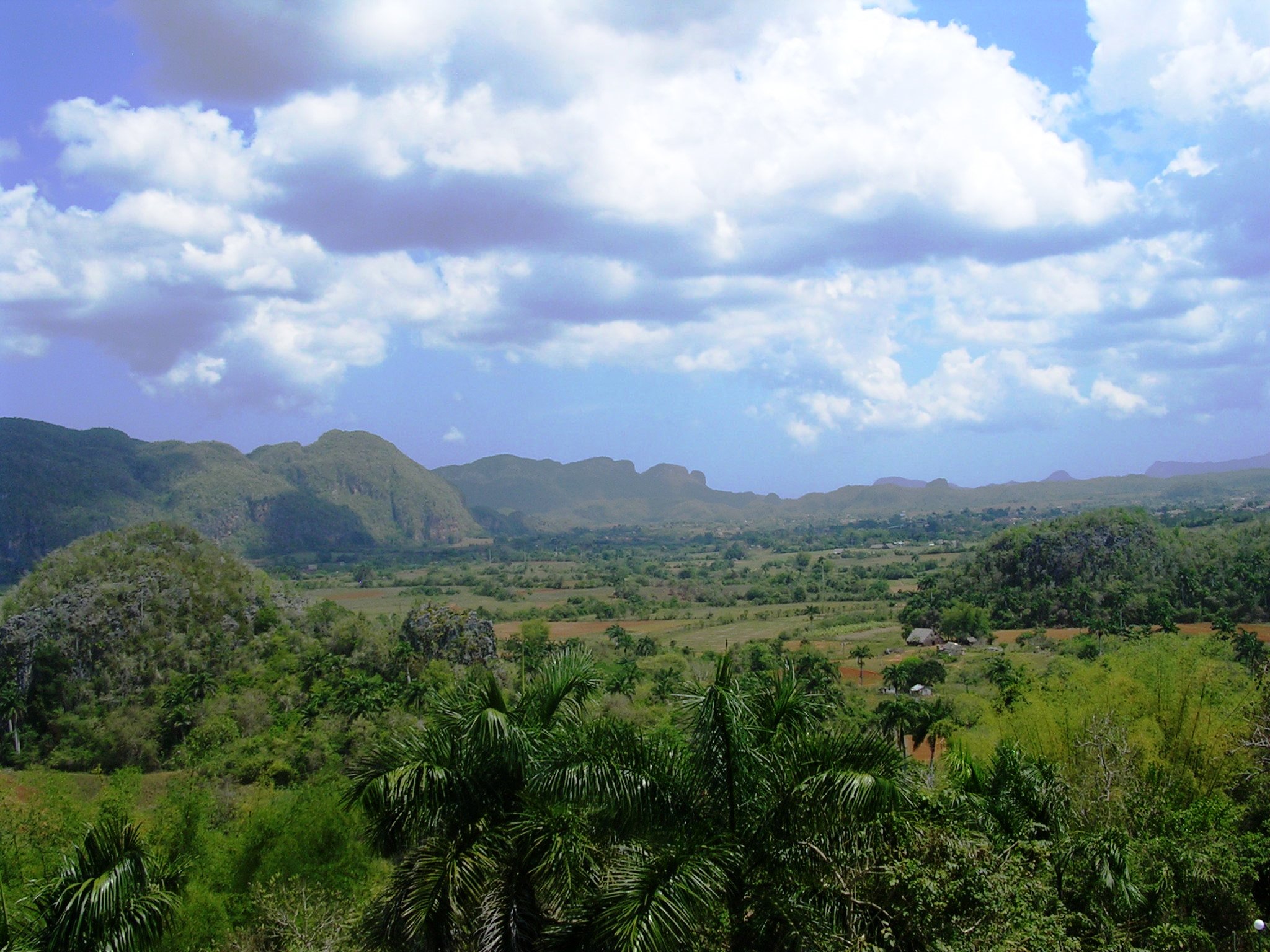 Still the Best Cigar Tobacco in the World:Vinales, above and a Tobacco Farmer near Vinales.  (Photo by A. Ritter, April 2015) 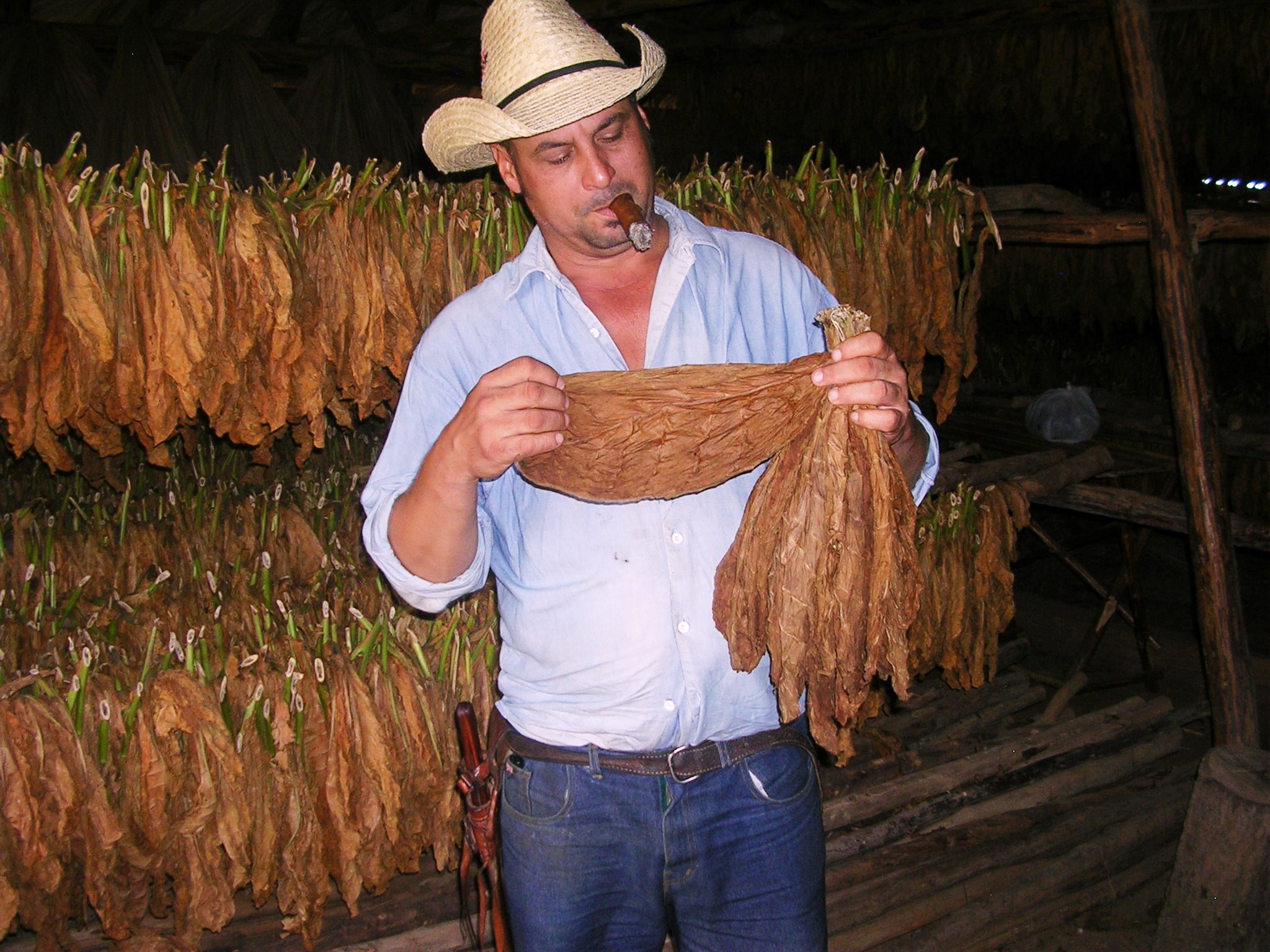