WHAT DID OBAMA ACCOMPLISH IN HAVANA?

Last month, Barack Obama became the first sitting U.S. president in 88 years to visit Cuba. Obama had a one-on-one meeting with President Raúl Castro, and the two held a historic joint news conference from Havana’s Gran Teatro on the importance of democracy and human rights, and later met with dissidents in the U.S. Embassy.

Was Obama’s trip to Cuba a success?

Did Cuban officials display a willingness to improve relations and advance reforms?

What did Obama and Castro accomplish during the visit?

Will businesses that want to work with Cuba find it easier moving ahead?

Will Obama’s visit win over more congressional support for ending the embargo?

“Barack Obama’s meeting with Raúl Castro last month was yet another step to normalize relations between their respective nations. In spite of their contrasting statements and behavior, both presidents

advanced a common primary agenda, namely the improvement of economic relations to allow the free fl ow of capital, goods and services. While generally deemed a concession to, and a victory for, the most progressive wing of the Democratic Party, the unfolding rapprochement is actually more substantially

benefi cial to large capital, commercial and economic interests, closely aligned with the Republican Party. Back in the 1990s, the push to ease the U.S. embargo produced an unholy alliance of voices as disparate as those of Democratic Rep. Maxine Waters and Republican House Majority Leader Dick Armey;  agribusiness tycoon Dwayne Andreas and Dr. Benjamin Spock; and most surprisingly the American Chamber of Commerce and the AFL-CIO. Strange bedfellows, to say the least.

In the current context, even formerly rabid anti-Castro voices have joined the end-the-embargo conga line. What passes for the left continues to display a generally festive attitude toward the looming normalization of relations, notwithstanding the fact the success of U.S. capital will hinge on the continuation of a militarized repressive regime that forbids workers from striking and pays them only around 8 percent of what foreign corporations disburse for the permission to hire them. Indeed, very few progressive voices have criticized the continuing violations of human rights and the potential erosion of Cuban sovereignty because of the proposed return to neocolonial enclave capitalism. Surprisingly, many otherwise progressive voices are using the trickle-down argument to sustain that the lifting of the U.S. embargo will benefit all Cubans. Strange argument, given the fact that the much-trumpeted trickle-down effect never materialized in the United States. If anything, the Cuban people are likely to endure a trickle-up effect similar to what has transpired in China, Russia, and Vietnam, with ruling elites amassing prodigious fortunes at the expense of the working population.” 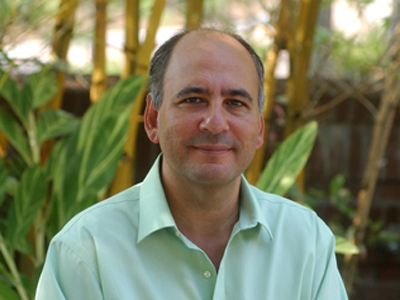 Luis Martínez-Fernández, professor of history at the University of Central Florida

This entry was posted in Blog and tagged Obama, US-Cuba Normalization. Bookmark the permalink.