HAVANA U.S. President Barack Obama’s visit to Communist-led Cuba was an “attack” on its history and culture aimed at misleading a new business class, Foreign Minister Bruno Rodriguez said on Monday, the latest sign of blow-back after the ground-breaking trip last month.

“In this visit, there was a deep attack on our ideas, our history, our culture and our symbols,” Rodriguez said at the Communist Party congress.

Cuban leaders have hardened language against the United States since Obama became the first U.S. president to visit the island in 88 years, with Fidel Castro accusing him of sweet-talking the people.

President Raul Castro referred to the United States as “the enemy” in the opening speech of the party congress over the weekend and told Cubans to be alert to U.S. attempts to weaken the revolution.

The congress, held every five years, must make decisions about the future of Cuba’s elderly leadership and the progress of market-style economic reforms adopted in 2011 that allowed more small businesses.

The measures have been only partially implemented, amid resistance from hard-liners who distrust market economics and fear detente with the United States at a time when Cubans are increasingly vocal about their needs.

Rodriguez accused Obama of coming to “dazzle” the private sector, highlighting concern U.S. promises to empower Cuban entrepreneurs were aimed at building opposition to the single-party system in office since 1959.

“Socialism and the Cuban revolution are the guarantees that there can be a non-state sector that is not that of big North American companies,” he told state television.

Cuba has struck deals with U.S. companies such as hotel chain Starwood (HOT.N) and is in talks with others including Google-parent Alphabet (GOOGL.O). On May 1, Carnival (CCL.L) is to become the first U.S. cruise company to sail to Cuba, but the trip is in doubt over a ban on Cuban-Americans sailing.

Cuba believes “the interest in the country of 11.3 million and its tourism potential will overshadow any political decisions,” said John Kavulich, head of the U.S.-Cuba Trade and Economic Council, a New York-based non-profit organization.

The United States and Cuba re-established diplomatic relations after Castro and Obama announced in December 2014 the two countries were seeking to normalize ties.

Despite the rhetoric, U.S. musicians Smokey Robinson, Usher and Dave Matthews were in Havana on Monday as part of a delegations representing Obama’s arts and humanities committee. A group of U.S. architects also visited on Monday. 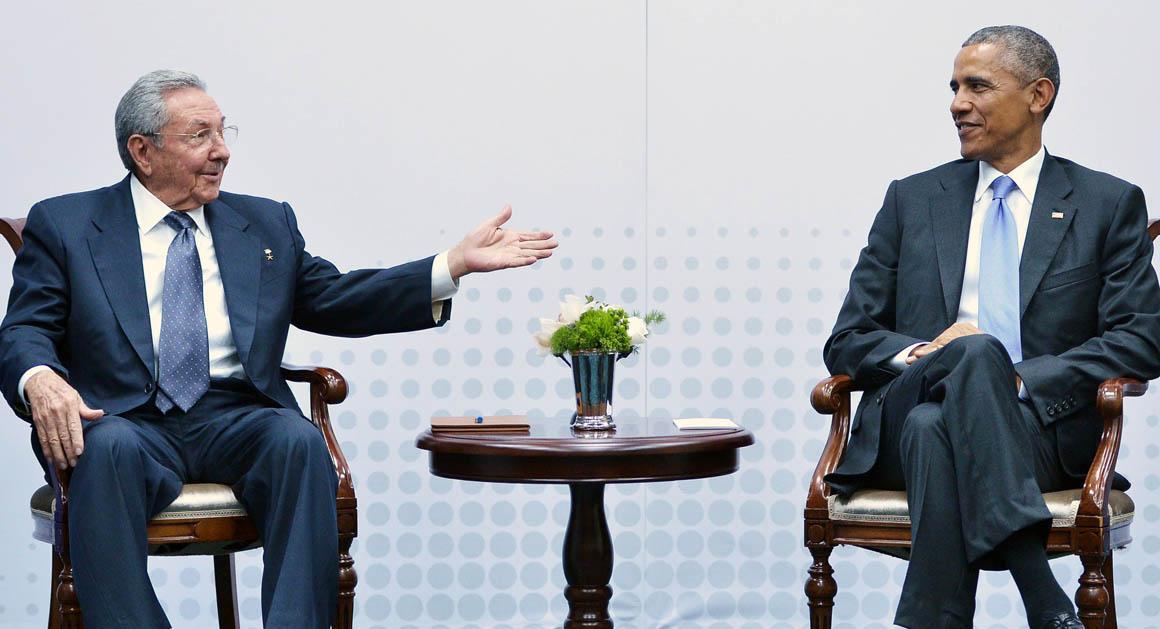