By Josh Lederman and Kevin Freking 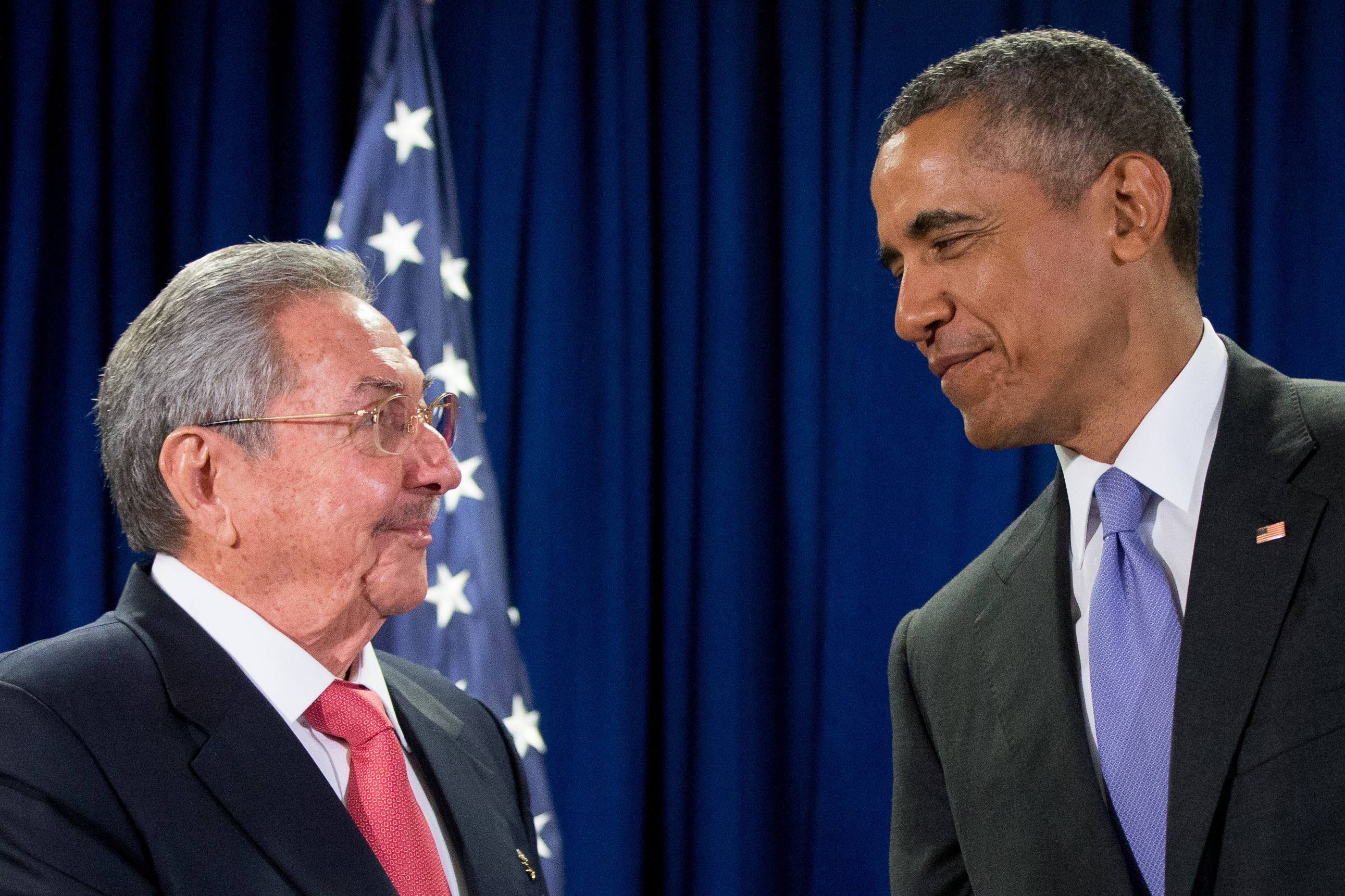 President Barack Obama said Thursday his history-making visit to Cuba next month was part of an effort to “improve the lives of the Cuban people.” He vowed to press the communist government on human rights and other policy differences.

“We still have differences with the Cuban government that I will raise directly. America will always stand for human rights around the world,” Obama wrote, as he announced the visit on Twitter.

The trip will make Obama the first sitting U.S. president to set foot on the island in nearly seven decades. In a series of tweets, Obama cast it as part of steady progression of normalizing relations between the U.S. and Cuba, a communist nation estranged from the U.S. for over half a century until Obama and Cuban President Raul Castro moved toward rapprochement more than a year ago. Since then, the nations have reopened embassies in Washington and Havana, eased travel restrictions and barriers for business and have moved to restore commercial air travel. A presidential trip was held out as significant leverage in these talks.

“There is much more that can be done — by the United States, and by the Cuban government — to advance this opening in ways that will be good for Cubans and good for the United States. That is why President Obama is travelling to Cuba,” deputy national security adviser Ben Rhodes wrote Thursday in a post on Medium, a blogging website. “We want to open up more opportunities for U.S. businesses and travellers to engage with Cuba, and we want the Cuban government to open up more opportunities for its people to benefit from that engagement.”

Rhodes noted the ultimate aim is to persuade Congress to lift the trade embargo — an unlikely possibility in the near term.

In addition to meeting with Castro, Obama will interact with members of Cuban “civil society,” the White House said, referring to activists that advocate for various social causes. Prior to announcing the trip, Obama had said one of the conditions for a presidential visit would be the ability for him to speak to all kinds of groups — including those that oppose the Castro government.

Obama’s stop in Cuba will be part of a broader trip to Latin America that the president will take next month. From Cuba, Obama will travel to Argentina, where he’ll meet with the new president.

Word of his travel plans drew immediate resistance from opponents of warmer ties with Cuba — including Republican presidential candidates.

Texas Sen. Ted Cruz, whose father came to the U.S. from Cuba in the 1950s, said Obama shouldn’t visit while the Castro family remains in power. Florida Sen. Marco Rubio, another child of Cuban immigrants, lambasted the president for visiting what he called an “anti-American communist dictatorship.”

“Today, a year and two months after the opening of Cuba, the Cuban government remains as oppressive as ever,” Rubio said on CNN. Told of Obama’s intention to visit, he added, “Probably not going to invite me.”

With less than a year left in office, Obama has been eager to make rapid progress on restoring economic and diplomatic ties to cement warming relations with Cuba that his administration started. Following secret negotiations between their governments, Obama and Castro announced in late 2014 that they would begin normalizing ties, and months later held the first face-to-face meeting between an American and Cuban president since 1958.

But Obama, facing steadfast opposition to normalized relations from Republicans and some Democrats, has been unable to deliver on the former Cold War foe’s biggest request: the lifting of the U.S. economic embargo. Opponents argue that repealing those sanctions would reward a government still engaging in human rights abuses and stifling democratic aspirations.

“For more than 50 years, Cubans have been fleeing the Castro regime,” said Lehtinen, the longest-serving Cuban-American in Congress. “Yet the country which grants them refuge — the United States — has now decided to quite literally embrace their oppressors.”

Obama and supporters of the detente argue the decades-old embargo has failed to bring about desired change on the island 90 miles south of Florida. Still, while Obama has long expressed an interest in visiting Cuba, White House officials had said the visit wouldn’t occur unless and until the conditions were right.

“If I go on a visit, then part of the deal is that I get to talk to everybody” — including political dissidents, Obama told Yahoo News in December. “I’ve made very clear in my conversations directly with President Castro that we would continue to reach out to those who want to broaden the scope for, you know, free expression inside of Cuba.”

Officials didn’t immediately specify what had changed in the last few weeks to clear the way for the trip, first reported by ABC News. But on Tuesday, the two nations signed a deal restoring commercial air traffic as early as later this year, eliminating a key barrier to unfettered travel that isolated Cuban-Americans from their families for generations.

Hundreds of thousands more Americans are expected to visit Cuba per year under the deal, which cleared the way for the Transportation Department to open bidding by American air carriers on as many as 110 flights a day. Currently, there are about one-fifth as many flights operating between the two countries — all charters.

According to the State Department historian’s office, President Harry Truman visited the U.S.-controlled Guantanamo Bay and its naval base on the southeast end of the island in 1948 and former President Jimmy Carter has paid multiple visits to the island since leaving office in January 1981. Not since President Calvin Coolidge went to Havana in January 1928 has a sitting U.S. president been to that city.