A video of the event is available here. 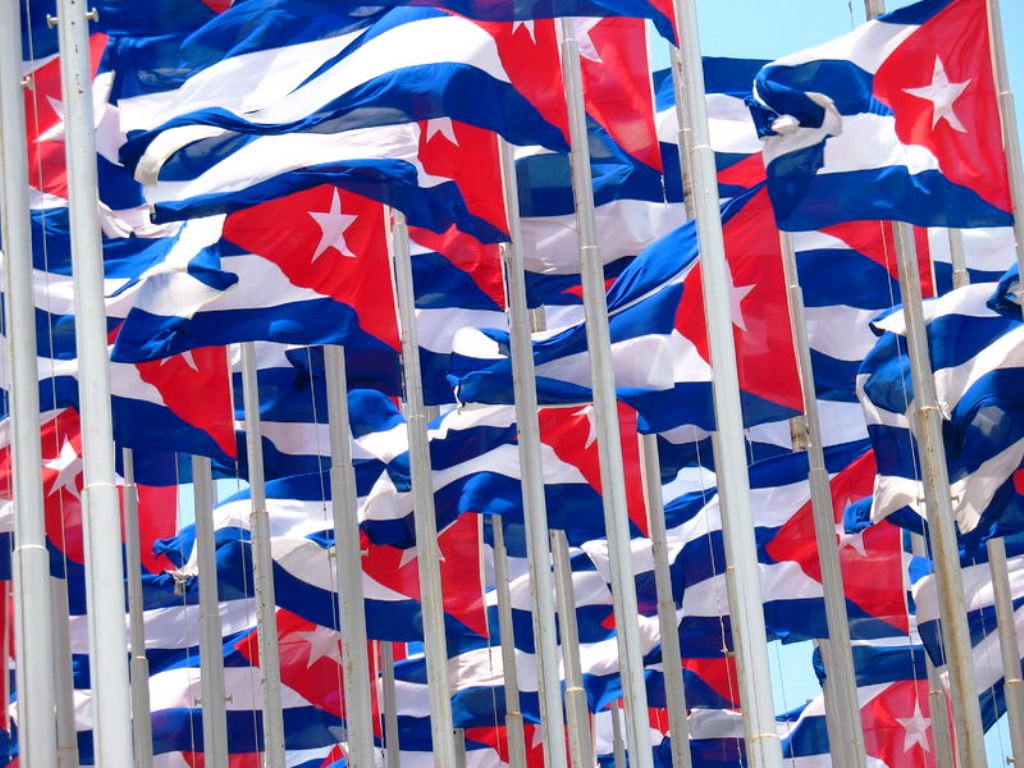 Cuba’s economic future is looking up if Havana undertakes additional reforms. Such was the overall—yet cautious—consensus at this week’s Brookings event titled “Rethinking Cuba: New opportunities for development,” hosted by the Brookings Institution’s Latin America Initiative. The conference brought together a high-level group of experts from Cuba, the United States and other countries to examine the prospects for Cuba’s economy in the context of the historic process of normalization launched on December 17, 2014.

Opening the event, Brookings Senior Fellow Ted Piccone called attention to the gradual but unprecedented progress taking place in Cuba today. Amid “dialogue and confidence-building” between Washington and Havana—including Cuba’s removal from the U.S. State Department’s list of states that sponsor terrorism, an essential step for the full normalization of diplomatic relations—public- and private-sector actors are entering uncharted waters. As the event’s many panelists went on to discuss, financing Cuba’s growth, fostering foreign investment, and engaging the island’s emerging private sector remain enigmas in many ways.

Offering the Obama administration’s perspective, Under Secretary of Commerce for International Trade Stefan Selig pointed to new commercial openings in Cuba, such as the operation of Airbnb in the country and the increasing availability of commercial flights. There is “no denying the speed of these developments,” Selig said, and there is “no denying the excitement.” But the process of normalizing relations, Selig emphasized, will be “evolutionary and deliberative.”

Juan Triana Cordoví of the University of Havana and Archibald Ritter of Carleton University underscored the cautious excitement about Cuba’s economic outlook. Recognizing that the Castro government is revising its fiscal and economic policies, surveys of foreign business leaders show expectations that the ease of doing business on the island will improve. Policy moves, in combination with big investments in infrastructure development, have prompted “an important transformation in the image of Cuba,” in Cordoví’s words. And as Ritter pointed out, despite Fidel Castro’s famous interest in making Cuba a “giant school for socialism,” it has actually become “a giant school for entrepreneurship,” with deficiencies in access to capital and information spurring remarkable creativity among Cubans.

On the issue of financing, Brookings Nonresident Fellow Richard Feinberg acknowledged that Cuba is still mired in a low investment, low growth trap—a disappointment, as all panelists agreed, given Cuba’s potential for growth. As Yaima Doimeadíos pointed out, the large Cuban diaspora has been and will continue to be an essential financer of new investments—particularly in tourism. But the fact that Cuba remains outside the Bretton Woods international financial institutions is a major obstacle, andHavana must decide when (not if) to join those institutions, according to Feinberg. Regardless, as Germán Ríos of the CAF Development Bank pointed out, it will take a while before normal financing will be available to Cuba, given financial restrictions on the island and shortcomings in the banking sector. In the short term, capacity-building projects, technical assistance, and efficiency gains will be key; in the longer term, public-private partnerships are a central goal. As Yaima Doimeadíos of the University of Havana pointed out, the reduction in the number of small-scale, state-managed enterprises amounts to an acknowledgement by the Cuban government that it is poorly-equipped for such tasks. One of the best ways for the Cuban economy to achieve productivity gains, she added, will be through efficiency gains—these are more likely to be discovered in the private sector.

Turning to the issue of self-employment—a relatively new sector on the island—speakers agreed that self-employed Cubans still face many constraints. The field remains strictly controlled, as Ted Henken of Baruch College noted, and hardly allows for much creativity: “self-employment in Cuba—in the official sense—isn’t really entrepreneurial, [rather] it’s medieval, survivalist.” Ownership of capital is unclear, as Rafael Betancourt of Havánada Consulting added, and the centralized approval process means long waits.

Nevertheless, Henken emphasized, there is an apparent directive from the top to make improvements, with Raúl Castro writing to his colleagues that “we all” need to work to end the stigmatization of private enterprise and self-employment in Cuba. He likely recognizes the major advantages to removing the country’s “auto-bloqueo” (self-imposed blockade, in Henken’s words) preventing the inflow of capital and knowledge, which the Obama administration has offered to help provide to Cuban entrepreneurs. Conveniently, self-employment fits within the socialist narrative of capital ownership by the workers.

Concluding the event, Piccone reiterated that in spite of the positive outlook for Cuba, changes on the island will be slow and incremental. Basic economic incentives still do not fully align with market-oriented structures, and technological hurdles to development—particularly internet access—remain high. Moreover, many of the most promising developments are at the microeconomic level and are not likely to have widespread effects. He added that U.S.-Cuba relations are only part of the story and that developments vis-à-vis China, Mexico, Venezuela, Brazil, and elsewhere could also prove consequential.

One audience member pointed out that the glaring weak link in Cuba’s economic picture is political, not economic, i.e., the government’s political will to modernize and integrate its economy. Cuban law technically prevents nationalization, requires compensation if a foreign asset is expropriated, and guarantees that profits can be repatriated. But foreign investors doubt the Castro government’s seriousness about enforcing those laws, given its history of hostility to foreign business.

This entry was posted in Blog and tagged General Economic Analyses. Bookmark the permalink.