Washington Post: NEW POLL ON CUBAN CITIZENS’ VIEWS ON NORMALIZATION, THE POLITICAL SYSTEM, THE ECONOMIC SYSTEM, THE LEADERSHIP AND MORE

FULL RESULTS FROM THE CUBA POLL

MEXICO CITY — The vast majority of Cubans welcome warmer relations with the United States, holding high expectations that closer ties pledged by the two countries will shake up the island’s troubled economy, according to a new survey of Cuban citizens. But they are doubtful that the diplomatic detente will bring political reforms to their Communist country.

The poll of residents on the island shows a people unhappy with the political system, eager to end the U.S. embargo and disenchanted with their state-run economy. More than half of Cubans say they would like to leave the country for good if they had the chance.

The survey, conducted in March through 1,200 in-person interviews by the Miami-based Bendixen and Amandi International research firm on behalf of the networks Univision Noticias and Fusion, is reported in collaboration with The Washington Post. 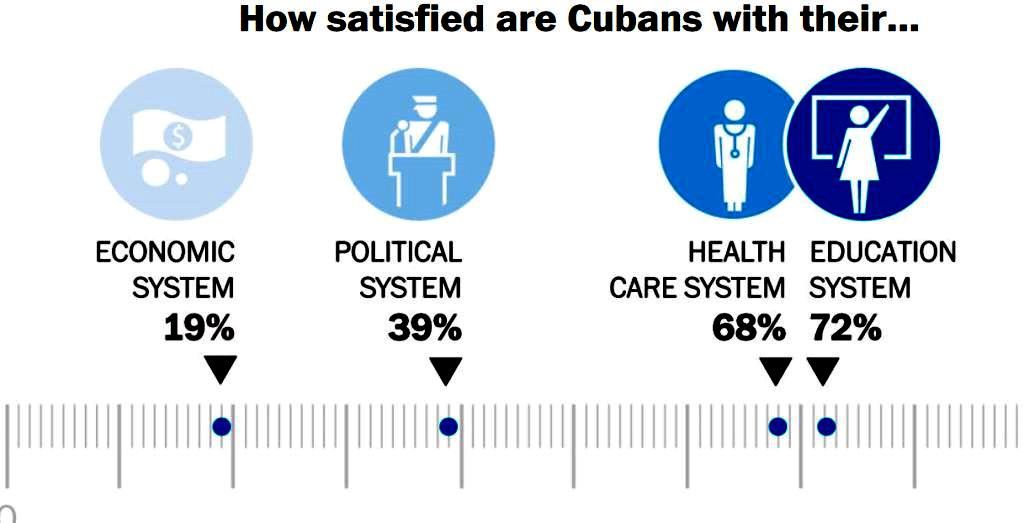 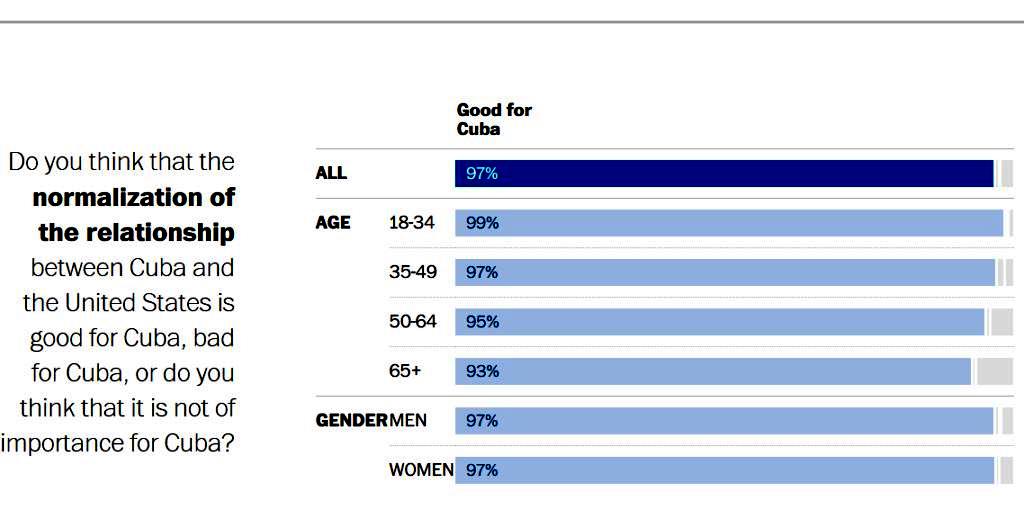 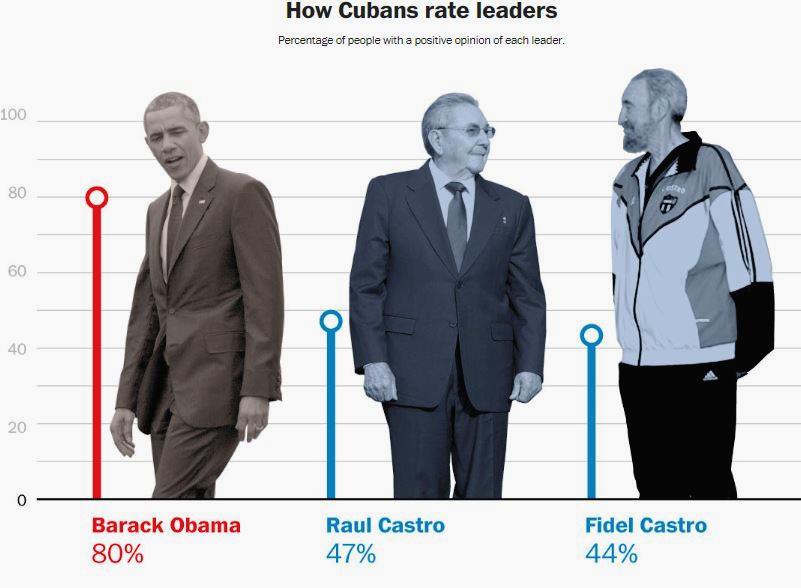