CANADIANS SUDDENLY RACING NOT TO SQUANDER HEAD START IN CUBA

Mark Entwistle could not resist a smile at lunch time Tuesday as he gazed out over a packed room at Gowlings’ head office in Toronto’s First Canadian Place office tower. He had not seen some of these lawyers and business leaders in many years.

“In the mid 1990s, after the fall of the Soviet Union, Cuba was the new frontier,” Mr. Entwisle, Canada’s ambassador to Cuba from 1993 to 1997, recalls in a later interview. “We had almost an invasion of junior Canadian mining companies. We were doing all kinds of deals. Then Cuba stopped experimenting as much with foreign investment. Bre-X happened on the mining side, and all the juniors left because the money dried up.” The U.S. Helms Burton Act of 1996, which penalized foreign (such as Canadian) companies trading with Cuba, also scared companies off.

“You can tell Cuba’s kind of moved its way up the food chain,” Mr. Entwistle joked to the assembled at the Gowlings lunch, “The new Cuba equation: the Cuban economy, Canada’s opportunity and America’s new place,” organized by the Canadian Council for the Americas. A think tank with a 40-year history, the council holds events to discuss politics and business in the Western Hemisphere.

On the surface this interest in Cuba seems paradoxical. Canada never broke diplomatic relations with Cuba after its revolution in 1959, and Canadians have longstanding and deep connections with Cuba, as tourists and as investors. Why show interest in Cuba now that the U.S. is thawing relations? To some extent, with the exception of Sherritt International Corp. — which generates about 75% of its income from nickel it mines in Cuba — Canada has squandered its opportunity to solidify its place as the premier business partner with Cuba during the many years when U.S. policy froze out American companies. But that is just half the story.

Cuba has been reluctant to let anyone invest very much in its economy; foreign direct investment in Cuba is less than a tenth of 1% of gross domestic product. That policy of going it alone has kept out many Canadians, too. U.S. laws have also frightened off Canadians. Now, with Cuba and the U.S. playing footsie, investors sense that Cuba may be opening up more generally, offering renewed opportunities for Canadians, who already know Cuba well, to make some money.

“The interest is rising again, getting back on the radar screens where it had been off,” Mr. Entwistle says, sipping an espresso macchiato in Nespresso, a grand coffee shop near his office that feels more like a Mercedes dealership. He arrived home from Havana on the very day of the US-Cuba deal. “I got off the plane on Dec. 17, my BlackBerry was exploding with stuff,” he says. 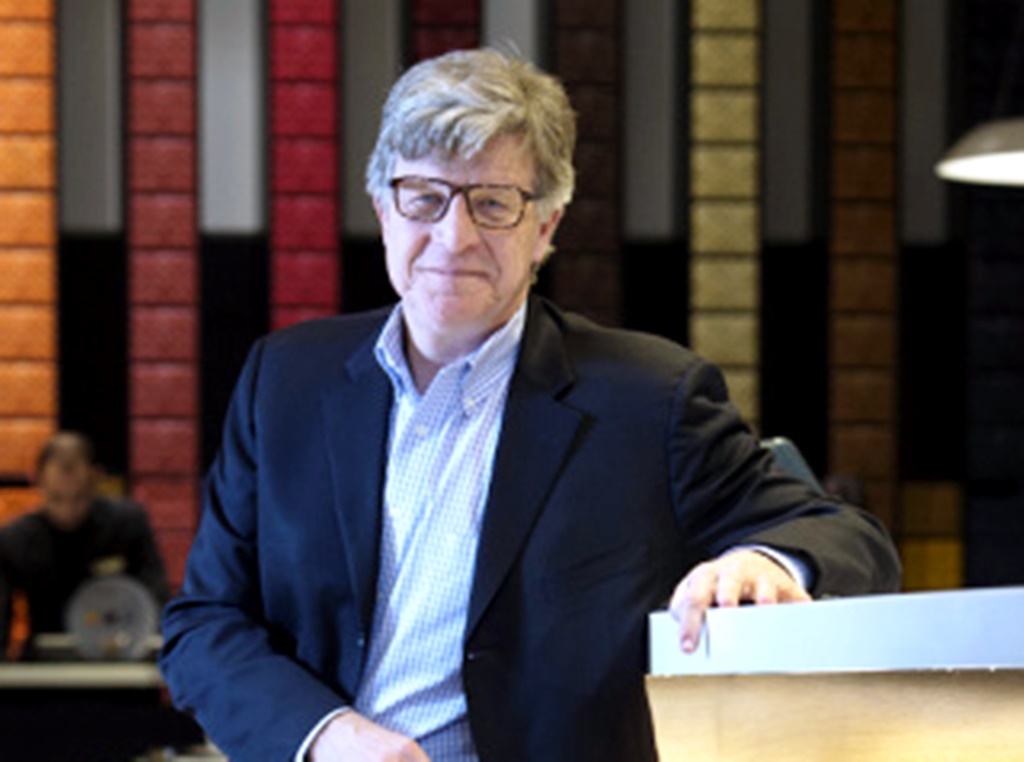 Mr. Entwistle has teamed up with Belinda Stronach, the former MP and Magna International Inc. executive, and Anthony Melman, a former managing director at Onex Corp., among others, to form a boutique merchant bank, Acasta Capital. One investment that interests the firm: Cuba. In the past month Americans have started calling him, seeking his advice on investing in Cuba, he says.

At the Cuba lunch, Mr. Entwistle warned Canadians not to be smug about their connection to that country.

“There is this mythology that we have a special influence with the Cuban government. That does not give Canada a free ride in Cuba. Cuba is already a bustling, crowded place. Canadians will have to compete head-on.” Despite Canada’s world-class expertise in telecom, he noted, Orange SA, the French telecom company active across Europe and Africa, recently signed a deal to help Cuba’s telephone system. “It’s the kind of deal we could have done,” he says. “We just didn’t bother to go there and do it.”

And there was one consensus in the room: Cuba is poised for takeoff. Juan Triana Cordoví, an economist at the University of Havana, spelled out the potential of his country. Cuba’s health care system is among the best in the Americas; its infant mortality rate is below that of the United States. Of its 10.5 million people, 11% have a university education. Cuba has 14 universities. At the same time, he did not seem overly optimistic about the possibility of more foreign investment. Mr. Triana also noted the impressive bond between Cuba and Canada: 1.2 million Canadians visited Cuba in 2014, compared with just 90,000 Americans.

“That was one of the best things about Cuba,” a lawyer at the lunch in Toronto remarked ruefully. “No Americans.”

Now the Yanks are coming. By one estimate, with the Obama administration relaxing rules on travel, a half-million Americans will visit Cuba this year. “Too many Americans in Cuba,” one Cuban remarked at the lunch.

The Canadian Council for the Americas brought the same panel to a Wednesday event at the Borden, Ladner Gervais law firm in Ottawa. Diplomats from Switzerland, Indonesia, Korea and the Dominican Republic attended. Ken Frankel, who runs the Canadian Council for the Americas out of Washington, D.C., says Canadians’ current interest in Cuba is partly motivated by fear. “Does this mean that U.S. business is going to flood into Cuba and push out the Canadians?” he asks.

Americans are certainly keenly interested. Devry Boughner Vorwerk, vice-president of legal affairs at Cargill, Inc., the agricultural giant, heads the U.S. Agricultural Coalition for Cuba, and spoke to the Toronto lunch from Washington via Skype.

Agriculture in Cuba has a lot of upside potential, thanks to rich soil and an educated workforce, experts agree. “You throw seeds in the ground and things grow,” says Mr. Entwistle. “You have a professional agronomist class.” However, historically Cuba has focused on growing sugar, and the country has little farm equipment. “Conceivably Cuba could become a major exporter of fruits and vegetables to the U.S.,” he suggests. “There is a perfect storm of untapped ingredients for agriculture.” Brazil has already begun to invest in agriculture in the island nation.

“I am working with people in agriculture,” Mr. Entwistle said, declining to name them. “I think it’s a big strategic sector for Canadian interests.”

Ricardo Alcolado Perez, who grew up in Cuba, runs his own law practice in Toronto and helps Canadian companies invest in Cuba. But many investors are gun shy. Historically, Cuba defaulted on some of its debts to Canadians, he says. U.S. laws pose another obstacle. It may seem odd, given the flood of Canadian tourists, that Canadians have not invested in hotels in Cuba, as the Spanish have. “The Four Seasons are not going to go to Cuba, over fear of losing business with the U.S. They also face the risk of being incarcerated,” he notes.

“I am working on a few projects,” Mr. Alcolado Perez adds. “One is a Canadian company who would like to raise funds in B.C. to build a hotel in Cuba.” He also has U.S. clients who do business in Cuba through Canadian firms. Information technology also offers opportunity, he adds.

“In the last 10 years Cuba has invested in training high-tech specialists. There are a lot of young guys who are very skilled,” says Mr. Alcolado Perez. “Already companies in Canada outsource software development to Cuba.”

In the last 10 years Cuba has invested in training high-tech specialists. There are a lot of young guys who are very skilled

Tom Timmins, a partner at Gowlings, heads the firm’s global renewable energy law practise. Like many Caribbean countries, Cuba produces electricity with generators powered by imported bunker oil, he says — even though wind energy costs 6.7¢ per kilowatt-hour, compared with up to 35¢ for diesel. Mr. Timmins is working with Carbon War Room, a charity founded by Richard Branson of the Virgin Group, to help Caribbean islands generate power from wind, solar and biomass.

“Cuba has a goal of 40% renewables and I think they will exceed that,” he says. “Because of [Ontario’s] feed-in tariff program, we’ve gotten really good at renewable energy and integrating it into the grid. A lot of the solar panels and wind turbines will be coming from China, but we can supply Canadian project developers, Canadian equity and Canadian debt.”

Cuba also has reserves in gold, silver, copper, other metals, as well as oil and gas.

Not much will change overnight, though. Polls show Americans favour lifting the U.S. embargo on trade with Cuba, but Mr. Obama, a Democrat, will face challenges getting a bill through the Republican-controlled Congress. And Cuba, concerned about social cohesion, will move cautiously to expand its small private sector.

Even so, the stars are aligning for major change in Cuba, and Canada will be there, says Mr. Entwistle.

“This not a hermit kingdom,” he says. “It is not an isolated place, but it’s one of the few markets around with a sense of untapped potential. There are a lot of ingredients for an economic takeoff in Cuba.” 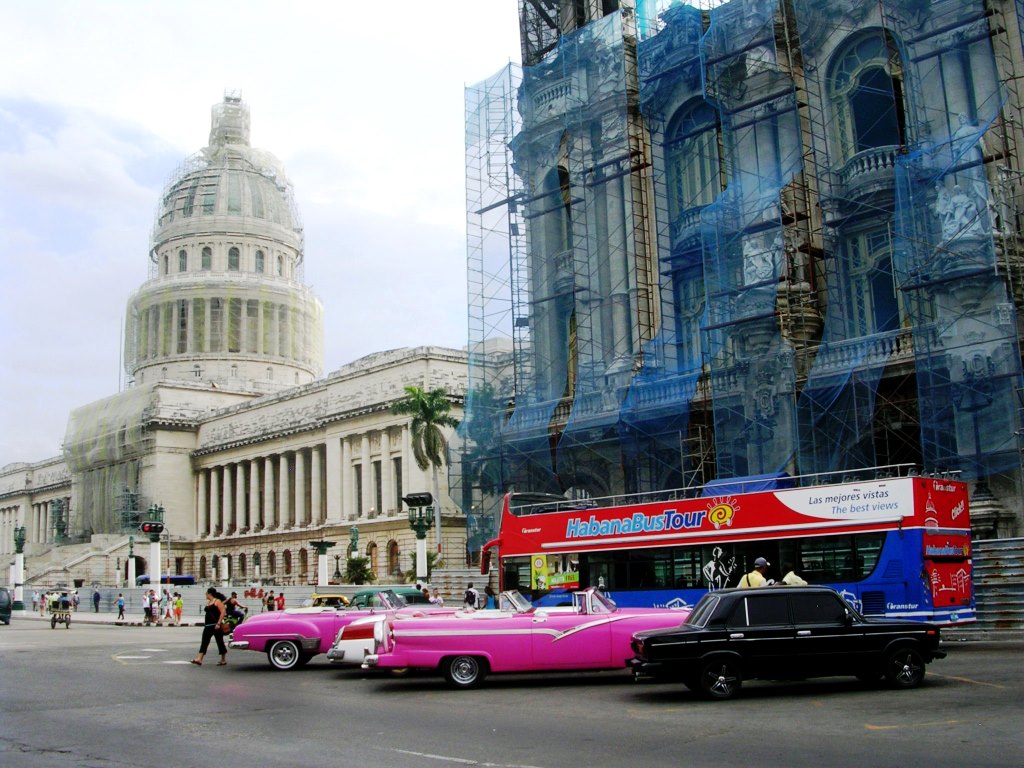 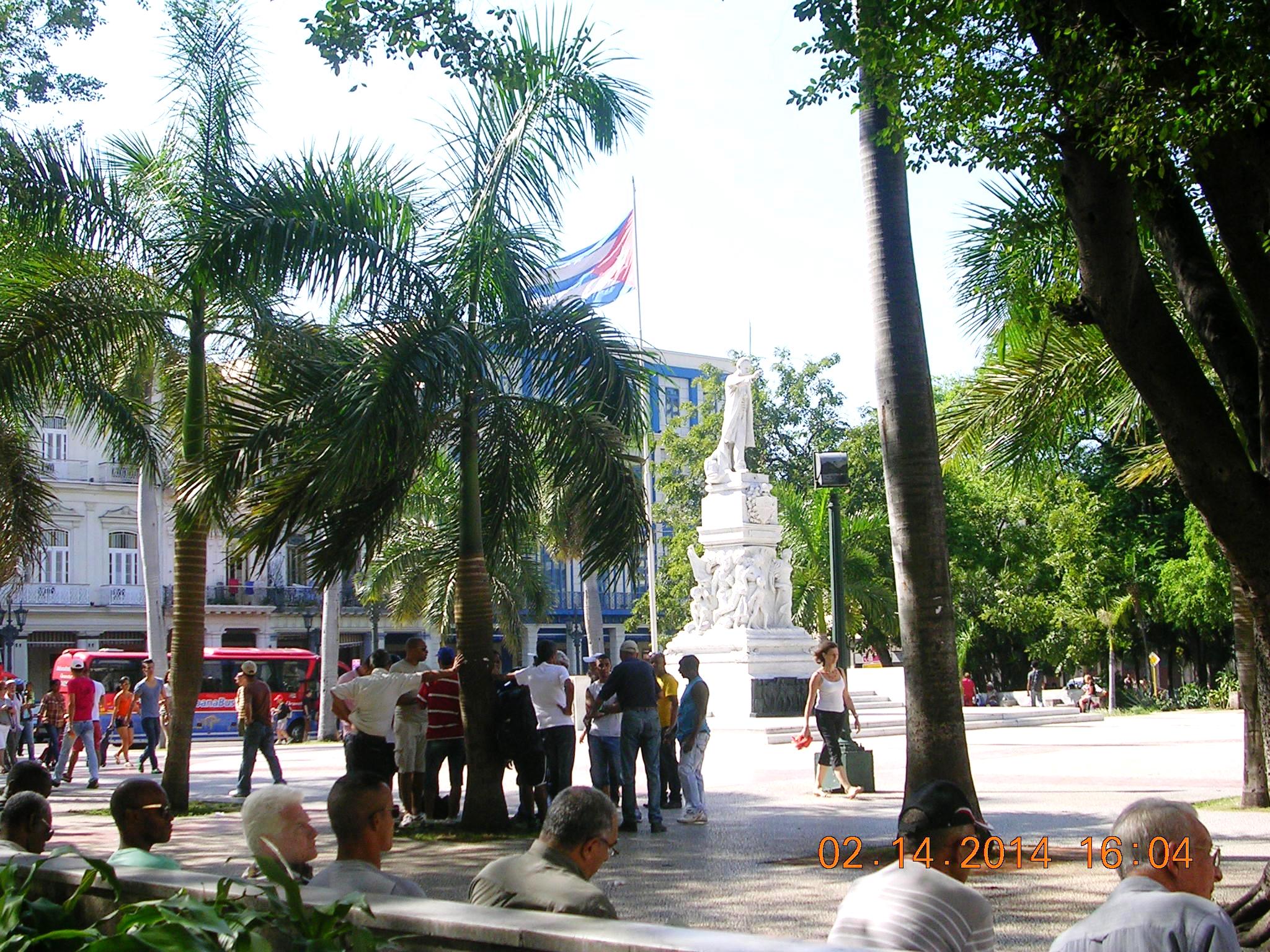