In August 2010, Cuban Roman Catholic Cardinal Jaime Ortega went to Washington and shared with many a message he heard directly from Raul Castro:

“He repeated to me on several occasions that he is ready to talk to the United States government directly, about every issue.”

This message was music to the ears of many U.S. foreign-policy officials and politicians who were convinced the time had come to bring American relations with Cuba into the post-Cold War 21st century. It took more than four years for the promise of Ortega’s message to be fulfilled.

Last December 16, Raul Castro and Barack Obama had a direct phone call to discuss the general situation of the relations between Cuba and the United States. The two presidents agreed to a spy-swap accompanied by some Cuban humanitarian gestures to release USAID subcontractor Alan Gross and 53 prisoners confined for different reasons in Cuban jails. Most importantly, they also agreed to re-establish diplomatic relations between the two countries. President Obama asked Secretary Kerry to conduct a non-ideological assessment likely to lead to Cuba’s removal from the State Department list of Terrorism Sponsoring Nations. President Obama negotiated with Cuba “chivalrously, not like a shyster” as Henry Kissinger recommended to his diplomats in 1975.

President Obama’s December 17 discourse undermined the basis of the embargo policy. Obama introduced a new American official narrative about Cuba. He discussed Cuba’s situation not as a threat to U.S. national security but as a country in a transition the United States should support. President Obama also acknowledged that “It does not serve America’s interests, or the Cuban people, to try to push Cuba toward collapse.” He discussed several initiatives to help Cuba’s growing non-state economic sectors and wide-range civil-society groups, not only those in the political opposition.

This is a significant departure from the course U.S. policy has followed for almost six decades, but actions must now be undertaken by both countries to make these changes durable and real.

A strategic and realistic view of U.S-Cuba engagement

Cuba and the United States need to develop a strategic view of the process their presidents launched on December 17, 2014. A crucial issue, perhaps the crucial issue, is how to neutralize those opposed to the dismantlement of the hostility structures at both sides of the Strait of Florida. There are powerful spoilers in key positions such as Senator Marco Rubio, who will now chair the Senate Foreign Relations Subcommittee for Western Hemisphere Affairs. Rubio and anti-normalization of relations groups in Miami and Havana are already trying to trigger a crisis to roll back the rapprochement and return to the old patterns of hostility and isolation.

The Obama Administration should not restrain itself from partnering with Cuba to make the agreement stick. Cuban officials have historic reasons to suspect about American intention and see plots everywhere. Good communications from Washington clarifying when plots have nothing to do with the Administration can help to diminish spoilers’ political influence. One big issue to watch is the democracy-promotion program. Washington should not apologize for defending its democratic values but the Secretary of State can provide responsible guidelines to shape these programs into less intrusive practices that are more in line with international law.

On the other side, Cuba has a complex track record of managing thorny provocations by anti-normalization Miami groups. The shooting down of the Brothers to the Rescue planes in 1996 demonstrated the Cuban military’s lack of understanding about the U.S. political debate in that electoral year. Bill Clinton wrote in his memoirs: “I later received word from Castro — indirectly of course — that the shoot down was a mistake. Apparently he had issued earlier orders to fire on any aircraft that violated Cuban airspace and had failed to withdraw them when the Cubans knew the Brothers to the Rescue were coming.”

Cuba needs to be pro-active rather than reactive, not only toward the United States actors but also empowering independent civil-society groups. A vibrant autonomous community, separated from U.S. regime-change policy but independent from the Cuban Communist Party (CCP), would be the best alternative to the pro-embargo small opposition groups who count on a Cuban government’s repressive response to their provocations for derailing the process.

It is important to translate into the two societies’ gains, the opening steps taken by their governments. People-to-people exchanges are the most resilient bond connecting two countries. Economic interdependence, educational programs, travel, religious communities’ contacts, and family ties are building blocks of a durable relationship. Whether American and Cuban policymakers can make the December 17 changes irreversible will depend on how their regulations motivate and empower pressures from different U.S. constituencies to liberalize cross-Strait relations.

The best way to reinforce Obama’s discourse about a Cuba in transition is to advance, as much as it is safely possible, toward a more efficient market-based mixed economy and establish economic ties and trade with the U.S. private sector. One important new development is Obama’s announcement of a license to export U.S. agricultural machinery for Cuba’s private sector. The Cuban government should prepare legislation and infrastructure to eliminate red tape and unnecessary regulations of the private sector’s importation of agricultural machinery.

A stable move to a pluralist and open political society is also in line with Cuba’s national interests and international human-rights standards. Cuba’s internal political discussion is today more open than ever since 1961, except on the issue of the one-party system. There is a widely spread civil society of intellectuals, religious communities and second-culture publications, think tanks, and rights advocates interested in responsibly expanding the representation and competitiveness of the political system without opening the door to embargo advocates.

Decentralization — planned by the CCP since 2011 — can be a major democratization step by transferring power from the center to the municipalities and provinces.

There are a few strongly symbolic steps Cuba can take in its foreign policy. Havana could establish diplomatic relations with Israel and South Korea, helping to have a more balanced Latin American attitude toward these two American allies located in key strategic regions. Cuba can also use the Summit of the Americas to join at least some parts of the Inter-American system, such as the Inter-American Committee against Terrorism and the Inter-American Drug Abuse Control Commission. These steps are not an abandonment of any nationalist principle but could demonstrate that Cuba is — to use Kissinger’s words about Iran — “more a country than a revolutionary cause.” A nationalist Cuba, focused on economic development, is not incompatible with a U.S.-led world order.

The time between now and the Summit of the Americas in April 2015 is a critical juncture for rapprochement chances. The immoral, illegal and counterproductive U.S. embargo remains in place, harming Cuba’s chances for economic reform and political liberalization. No one expects that Cuba would become a model democracy overnight. The Cuban Communist Party is not committed yet to the universal human rights as they are written in international conventions. But a Rubicon was crossed by the two presidents in December 17, 2014. U.S.-Cuba relations are still far from optimal, but they have never had a more promising framework since President Carter departed from the White House in 1981.

This post is part of a Huffington Post blog series called “90 Miles: Rethinking the Future of U.S.-Cuba Relations.” The series puts the spotlight on the emerging relations between two long-standing Western Hemisphere foes and will feature pre-eminent thought leaders from the public and private sectors, academia, the NGO community, and prominent observers from both countries. Read all the other posts in the series here. 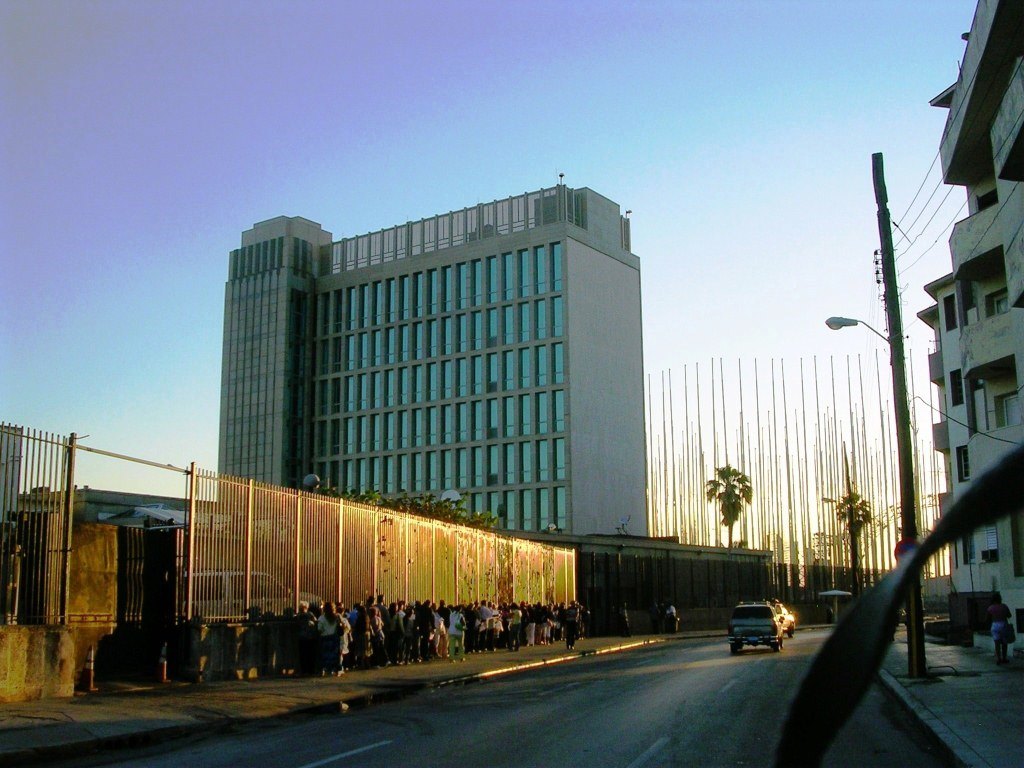 A New Day Dawns at the US Embassy in Havana 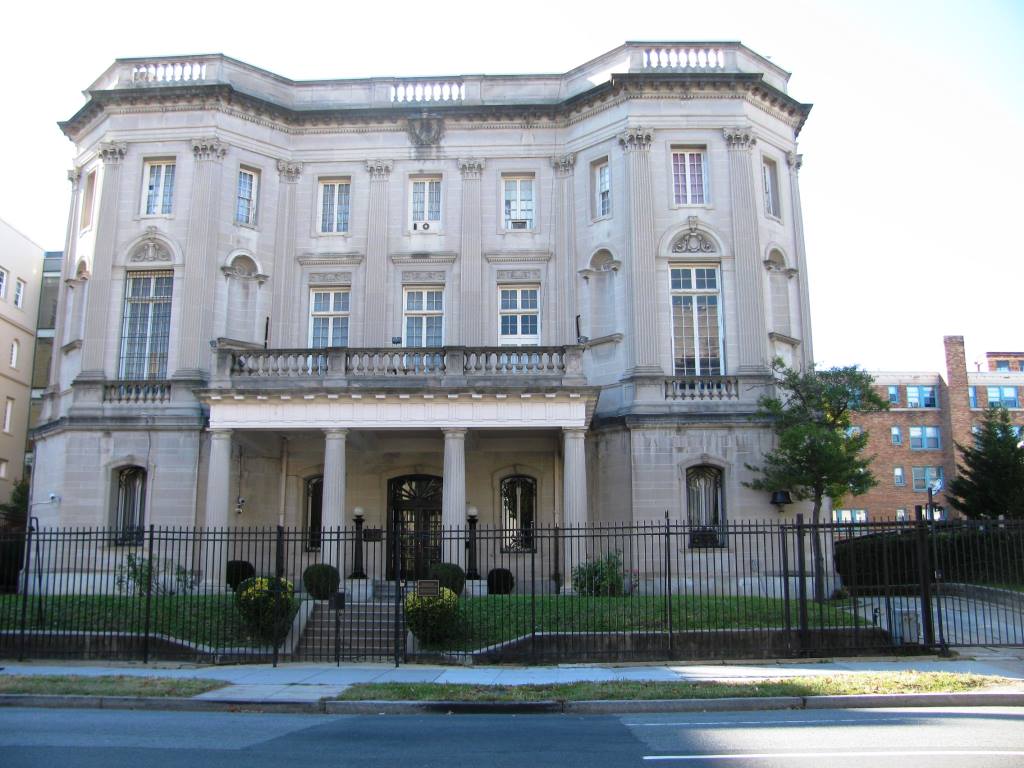 And at the Cuban Embassy in Washington