A VIEW FROM HAVANA ON CUBAN-U.S. RELATIONS

The worrisome early announcement on December 17 — that Raul Castro would address the nation live on television that morning, concerning the United States — turned out to be the news many Cubans feared they would not live to hear. “As a result of a dialogue at the highest level, that included my phone conversation yesterday with President Obama, we were able to move forward in the solution of some issues of interest for both nations,” said the Cuban President. Cubans then burst into joy.

Among the ways they’re moving forward are the establishment of diplomatic relations and the release of contractor Alan Gross and a spy in prison for almost 20 years in exchange for the three Cubans serving sentences for spying in the U.S. For the last 55 years, the government here had been hammering Cuban’s minds, sending them to trenches through the island nation and abroad, depriving them of food, clothes, money, entertainment and the Internet, closely watching and repressing, alleging perils and shortages imposed by American imperialism and the embargo. Neither Santa Claus nor the Three Wise Men, but Barack Obama and Raul Castro, who anticipated them, brought hope on December 17.

Amazed Cubans then watched the “enemy” announcing the new measures, and read Obama’s speech published next to Raul Castro’s in the newspapers. Since then, anywhere one goes, there has been only one main issue in conversations — broad interpretations and hopeful expectations on the window of opportunities opened by Obama, expanding the proactive people-to-people policy started in 2009. Quiet concern and resistance from the old guard and its entourage exists, yet Raul Castro’s dramatic move shows their lack of influence over the government and their adaptation to preserve the privileges that still maintain. For the first time, Fidel Castro has not been in the spotlight. The major shift in his 56-years-long reign — even if he gave his approval — is too difficult for him to face (although grave illness cannot be discounted here).

The historic decisions by both presidents depend on how they are implemented, and how much the Cuban government is willing to allow. Nevertheless, once Pandora’s box is opened, it cannot be shut. Raul Castro desperately needs to ease tensions and reestablish relations with the U.S. The regime faces a 25-years-long economic crisis, which it has proven incapable of surmounting — and which could worsen if there is decreased financial support from Venezuela.

It has made limited changes in the framework of updating an economic model that has been a failure for 56 years. It is desperately seeking financial support and substantial foreign investment to recapitalize and develop, when the current international economic environment advises caution and assurance to property and benefits. The new Foreign Investment Law enacted in 2014 is intended to do so, but there are flaws. The Mariel Port and its Special Development Zone should give a boost to the Cuban economy, yet it depends on the U.S. lifting many restrictions and increasing trade.

Raul Castro is stepping down in three years, and is currently paving the way for new leaders. This period is crucial for the transition and the future of Cuba, both for the civil society and foreign partners. Mainly Brazil, Russia, and China have been positioning themselves in different sectors in Cuba, yet Americans and Cuban-Americans have been prevented by their government from participating in economic and commercial endeavors with Cuba — and from contributing their much-needed knowhow and technology. Moreover, Americans cannot travel freely to Cuba, and Cubans cannot benefit from the exchange of ideas, values and expertise.

For the United States, this new dialogue with Cuba eliminates an obstacle in the relations with all of Latin America and the Caribbean. President Obama stated an unwavering commitment to democracy, human rights and civil society, a continuation of U.S. programs aimed at promoting positive change in Cuba and encouragement of reforms in high-level engagement with Cuban officials. Many dissidents and opponents support the new American approach in the relations with the Cuban government, but many others do not. Raul Castro reaffirmed the usual accusations against the “counterrevolutionaries” a few days after reaching the agreement. He seemed to be warning the enthusiastic population that political openness was out of the question — and reminding the opposition that the regime was as repressive as ever. Nevertheless, the government has been losing credibility from its unfulfilled promises, and from the critical economic and social situation.

Awareness and empowerment have developed, and the interaction with Cuban-Americans and Americans visiting Cuba, and Cubans traveling to U.S., has played an important role. The years to come are full of challenges and threats in Cuba, but also of hope and opportunities. 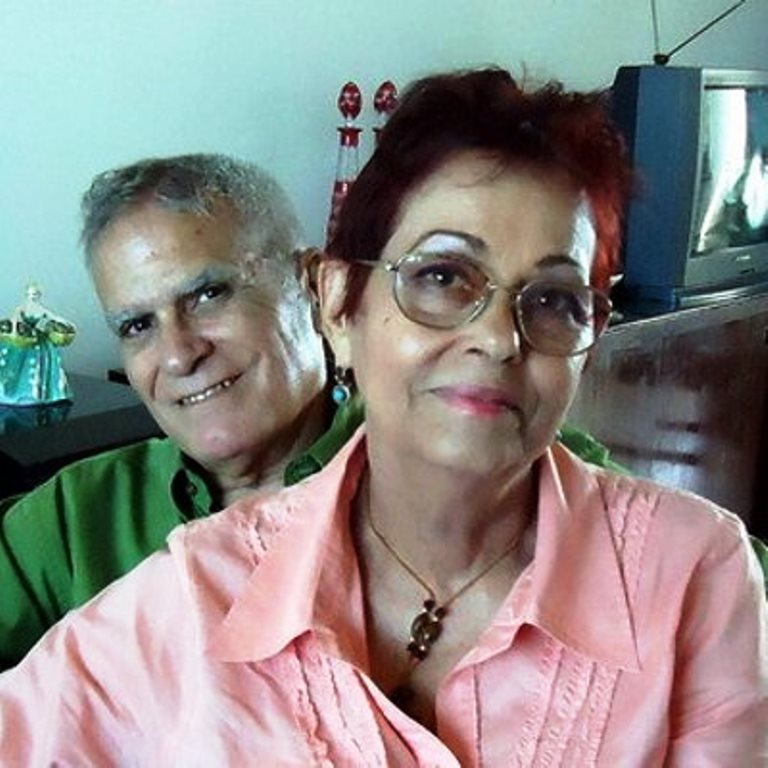 Miriam Leiva, with her husband,  the late Oscar Chepe