In a surprise announcement on December 17th the US president, Barack Obama, and the Cuban president, Raúl Castro, announced a significant thaw in relations between their respective countries. The move has major implications for Venezuela, Cuba‘s main ally.

The Venezuelan president, Nicolás Maduro, appeared to be caught unawares on December 17th, right in the middle of a rhetorical campaign against “insolent, imperialist” sanctions passed by the US Congress just one week beforehand. Unlike the decades-old Cuba embargo, the sanctions are targeted at senior Venezuelan government officials accused of committing human rights violations. However, just as members of the ruling Partido Socialista Unido de Venezuela (PSUV) were being invited to burn their US visas in public, Cuba was announcing the restoration of diplomatic relations with the US.

The process that led to the announcement, it is now clear, began not long after the death of Mr Maduro’s predecessor and mentor, the former Venezuelan president, Hugo Chávez (1999-2013). The Cuban government, which has benefited from billions of dollars in Venezuelan subsidies—including cheap oil under the PetroCaribe oil-financing initiative—needed a “plan B”, given the severe economic crisis facing the Maduro government and the likelihood that it would be unable to resist mounting pressure to divert resources away from foreign aid. However, with an extensive network of Cuban intelligence agents given free rein in Venezuela—particularly in the barracks—Mr Maduro must now be wondering what else has been (or might be) negotiated behind his back.

At the very least, the news of a US-Cuban rapprochement will exacerbate resentment in the military over its subordination to Cuban officials who, it seems, gather intelligence but do not share it. There is also some confusion within the ranks of the PSUV, whose militants find it hard to understand why Mr Obama is allegedly seeking to overthrow Mr Maduro, but is happy to shake Mr Castro’s hand.

Hard choices ahead for Mr Maduro

Anti-imperialism is a handy tool with which to maintain unity against an external enemy. However, it is hard to wield when your best friend is embracing the “empire” (swiftly renamed “the giant of the north” in Mr Maduro’s post-announcement comments). Cuba has for decades played a useful role for Latin American governments of both left and right. “Solidarity” with Cuba has been a convenient, mainly risk-free way to stand up to the US government and beat the nationalist drum.

Now Venezuela faces the prospect of replacing Cuba as the US’s main adversary in the region—just as its economy is imploding and its governability is at risk from internal dissent—or capitulating and losing the support of the already-restive domestic left. The timing could hardly be worse for Mr Maduro. 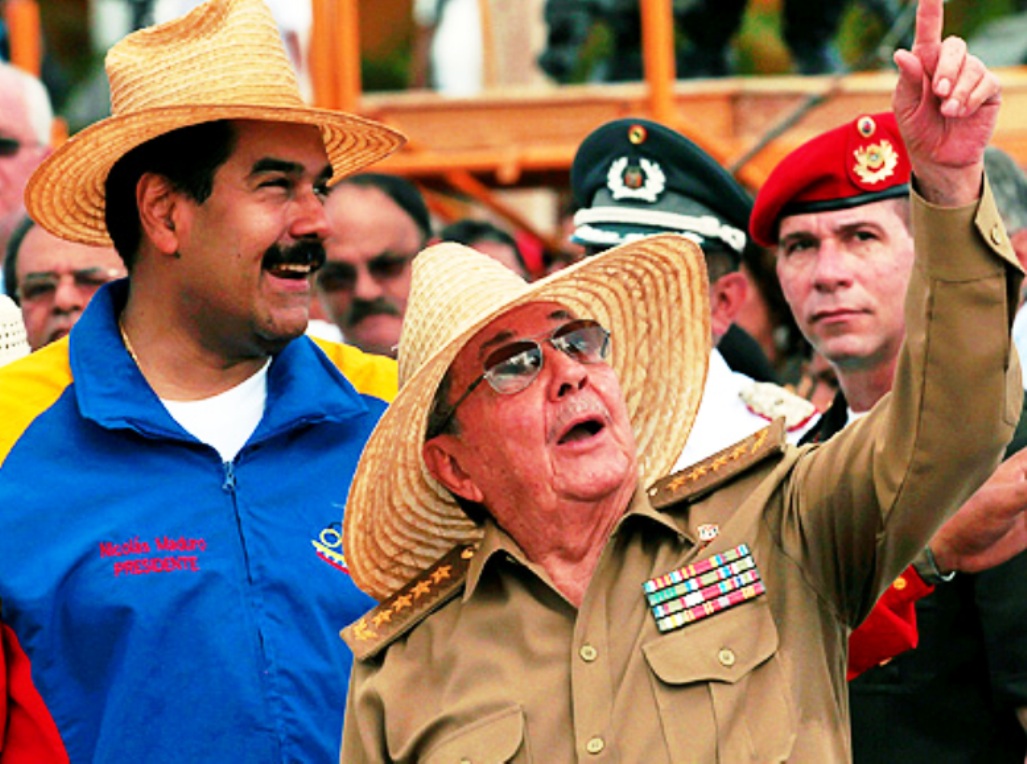