HAVING got immigration reform off his chest, will Barack Obama unsheathe his executive-order pen again to tackle another intractable subject on which Congress has blocked change for decades? The United States imposed an economic embargo on Cuba back in 1960 as Fidel Castro was forcing communism on his people. The embargo was meant to topple Mr Castro. Today he enjoys a tranquil retirement in a Havana suburb while his slightly younger brother, Raúl, runs the country.

The embargo has not just failed; it has also given the Castros a potent propaganda weapon. It still has diehard defenders in Congress, which under a law from the 1990s is the only body that can repeal it. Even so, Mr Obama has some scope to change the policy. Indeed, in his first term he lifted restrictions on travel and remittances to the island by Cuban-Americans. There are several reasons why he might now want to do more.

First, support for the embargo across America is crumbling. A nationwide poll taken earlier this year for the Atlantic Council, a think-tank, found that 56% of respondents favoured improving relations, while more than 60% of Latinos and residents of Florida did. Second, Cuba is itself starting to change. Under reforms launched by Raúl Castro, 1.1m Cubans, more than a fifth of the labour force, work in a budding private sector of farms, co-operatives and small businesses. Access to mobile phones and the internet has grown. Opposition bloggers such as Yoani Sánchez, though often harassed, have not been silenced.

The third reason for action is that Cuba is one of the few issues that unites Latin America. The region is unanimous in believing that, notwithstanding its Communist regime, the island should be accorded a normal place in relations in the Americas. That consensus lies behind the decision of Panama to invite Raúl Castro to the Summit of the Americas, a gathering that it is due to host in April. The previous six summits have been restricted to the hemisphere’s democracies.

This leaves Mr Obama with a dilemma. This is not so much over whether or not to attend. He probably will. Rather, it is whether to act between now and then to stop the embargo becoming an issue that dominates the summit. Mr Obama could, for example, issue a general licence for all Americans to travel to Cuba. He could also remove Cuba from the State Department’s list of “state sponsors of terrorism”, on which it sits alongside only Iran, Sudan and Syria. There are no grounds for Cuba still to be there. In October the Financial Action Task Force, an inter-governmental body, removed Cuba from its watch list of countries doing too little to prevent money laundering and terrorist financing.

But the administration has not yet asked the State Department to remove Cuba from its terrorism list. Although Mr Obama has little to lose from loosening the embargo, he also has little to gain. Raúl Castro’s economic reforms have stalled recently; he never intended them to lead to political change. The Cubans show no sign of being prepared to release Alan Gross, an elderly American aid worker jailed for illegally handing out telecoms equipment. They want to swap him for three Cuban spies serving life terms for snooping on hardline exiles in Miami.

Even so, it would be surprising if Mr Obama did not take some action on Cuba before the summit. Oddly, pushback from the defenders of the embargo in Congress may take the form of sanctions on Venezuela, which provides the island with a subsidy (in the form of cheap oil) equal to perhaps 15% of its GDP. A bill to deny visas and freeze bank accounts of Venezuelan officials implicated in the repression of protests earlier this year is stalled in the Senate. Once the new Republican majority takes control in January, it is likely to move forward. Anthony Blinken, Mr Obama’s nominee for deputy secretary of state, told a Senate committee on November 19th that the administration “would not oppose” this—a reversal of its previous stance.

For anyone who wants to see change in Venezuela, this is depressing. The plunging oil price and economic mismanagement are weakening President NicolásMaduro’s elected authoritarian regime. The crucial issue is ensuring that a legislative election next year is free and fair. Sanctions, however limited, will boost MrMaduro’s declining popularity and give him an excuse to crack down, as some opposition leaders recognise. The lesson of Cuba is that pressure from Washington does not lead to democratisation. It would be a sad irony if the beginning of the end of one futile embargo coincided with the birth of another. 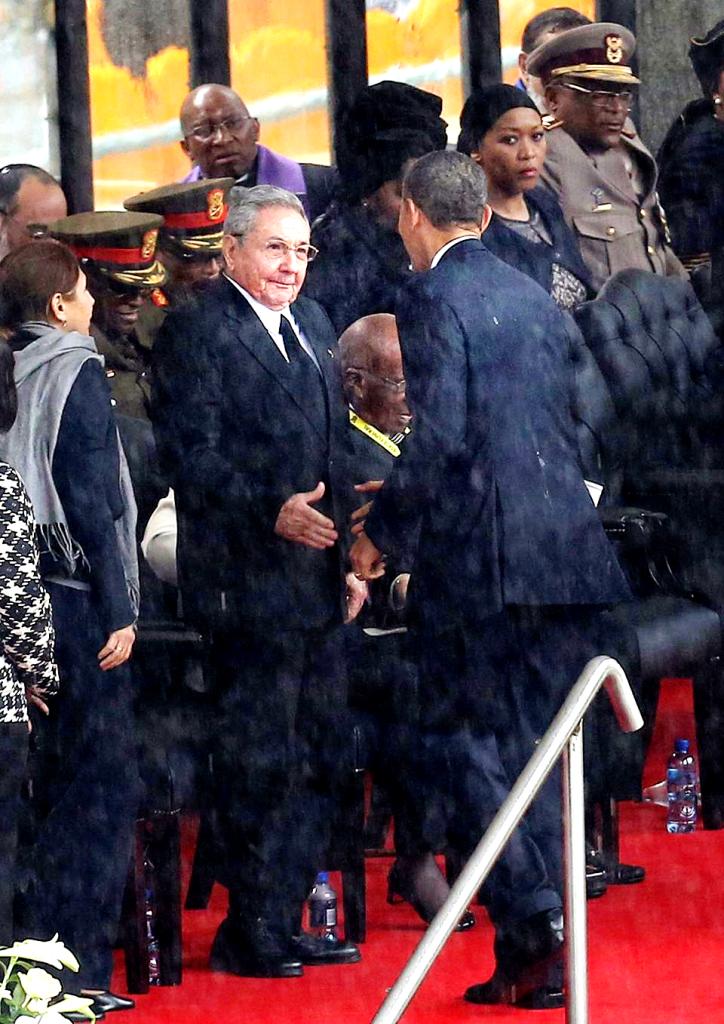