A large majority of Americans support establishing diplomatic ties with Cuba, and even larger — and growing — majorities support an end to trade and travel bans to the country, according to a new Washington Post-ABC News poll.

The national survey finds little erosion in public support after President Obama announced sweeping changes in U.S.-Cuba policy, despite his weak approval ratings nationally. Sixty-four percent support establishing ties with Cuba, similar to 66 percent in a 2009 Post-ABC poll asking whether the United States should do so. 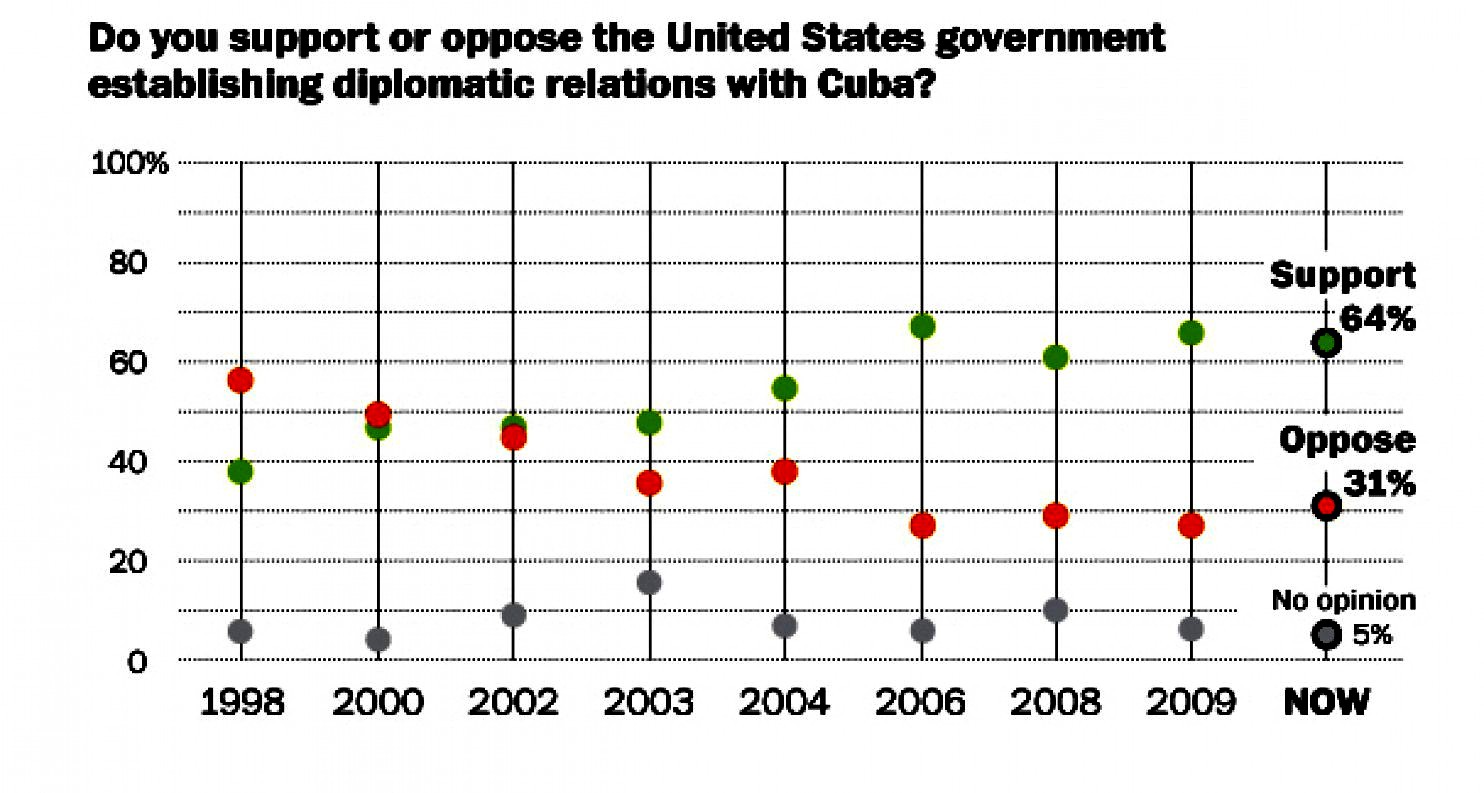 Support for allowing trade and travel with Cuba has grown across the board, even among Republicans, who were most skeptical. In 2009, 36 percent of Republicans said the United States should end the trade embargo and 40 percent favored an end to travel restrictions. But support has grown more than 20 points among Republicans in the years since, with 57 percent now supporting trade with Cuba and 64 percent supporting travel between the countries.

Leaders of the Republican-controlled Congress appear to be following Rubio’s lead and seeking ways to block Obama’s new policy, according to the Post’s Paul Kane and Ed O’Keefe. Key possibilities include cutting funding for new diplomatic operations and denying confirmation to an ambassador to Cuba. At minimum, Congress could ensure the ban on most imports and exports between countries remains in place.

The GOP aside, majorities in nearly every other major demographic group in the survey support establishing diplomatic ties with Cuba, along with scuttling travel and trade bans. Independents support renewed diplomatic ties by a 63-32 margin, with 67 percent supporting lifting the embargo and 72 percent backing travel between countries. More than three quarters of Democrats support all three proposals tested in the poll.

Hispanics are among the most supportive of re-starting diplomatic relations with Cuba; 75 percent support doing so, while 20 percent are opposed. The survey did not include a large enough sample of Hispanics or detailed questions to examine attitudes of Cuban Americans.

The Post-ABC poll was conducted Dec. 17 to 21 among a random national sample of 1,011 adults reached on both conventional and cellular phones. Results from the full survey have a margin of sampling error of plus or minus 3.5 percentage points.

The Bendixen & Amadni poll of was conducted Dec. 17-18 among a random national sample of 400 Cuban-American adults reached on conventional and cellular phones. The sample was drawn by oversampling areas where the Census indicates Cubans make up a larger share of the population. Overall results have a margin of sampling error of 4.9 percentage points.