CUBA’S ECONOMY AT A CROSSROADS

In July 2007, while serving as acting president as his brother underwent medical treatment, Raúl Castro delivered a startling indictment of the Cuban economy when he railed about the inefficiencies of the dairy industry. His description of the onerous and expensive mechanism to get milk from cows to dinner tables was old news to Cubans, who have been subjected for decades to a centrally planned economy that is among the world’s most dysfunctional and anomalous. It soon became clear that Mr. Castro’s unexpected candor that day signaled the start of a transformational era for the island’s economy.

After Fidel Castro ceded power to his brother in 2008, the government initiated reforms that have allowed Cubans to start building livelihoods that are not wholly subject to state control. The pace has been halting, with plenty of backtracking from the government’s old guard, which views further liberalization of the economy as an abdication of the socialist system Fidel Castro made sacrosanct.

The looming end of the Castro era — Raúl Castro, 83, has said he will step down in 2018 — is unfolding amid a vigorous debate on the future of the country’s economy.

To date, the Obama administration has watched the reforms with skepticism. The White House has eased restrictions on remittances and travel to the island, but it has done relatively little else to pare down the web of sanctions the United States has imposed on Cuba for decades.

President Obama could help expand the role of Cuba’s small but growing entrepreneurial class by relaxing sanctions through executive authority and working with the growing number of lawmakers who want to expand business with Cuba. The White House could start that process by removing Cuba from the State Department list of countries that sponsor terrorist organizations and making it easier for Americans to provide start up-capital for independent small businesses. Doing that would empower Cuban-Americans to play a more robust role in the island’s economic transformation. More significantly, it would gradually erode the Cuban government’s ability to blame Washington for the shortcomings of an economy that is failing its citizens largely as a result of its own policies.

Before Fidel Castro came to power in 1959, Cuba’s economy was heavily reliant on the United States, which bought the bulk of its main export, sugar. American tourists flocked to the island, lured by its proximity, tropical weather and raucous night life.

After the overthrow of Fulgencio Batista, an authoritarian leader who had protected American commercial interests on the island, Fidel Castro’s government asserted control over virtually every segment of the economy. It seized land and assets from American companies and vowed to guarantee all citizens housing, health care and education. Communism brought an ever more anemic and backward economy, one propped up largely by Moscow. But after the Soviet Union collapsed in 1991, so did Cuba’s economy.

Cubans euphemistically call the stark deprivation of the 1990s the “special period,” a time when the Cuban government was forced to allow in some foreign investment and authorize limited private-sector employment. In 1999, Havana found a new benefactor in the newly elected president of Venezuela, Hugo Chávez — which gave Cuban officials the ability to retighten state control of the economy. But in the last two years Venezuela, which provides heavily subsidized oil to Cuba in exchange for medical services, has struggled with a worsening economic and political crisis, which could force it to cut off subsidies to Havana.

The precariousness of that relationship has added urgency to the debate over how fast the Cuban government needs to implement the reforms Raúl Castro endorsed. Old-guard leaders warn that a liberalized market economy could turn Cuba into a less egalitarian society and provide an opening for the United States to destabilize the government through a flood of private investment. Reformists, including some of the country’s leading economists, say the current state of the economy is untenable.

The reality is that the island’s social welfare achievements cannot be sustained if current economic and demographic trends hold. Cuba is currently ranked in the top tier of the United Nations Human Development Index, a measure of a country’s education level, life expectancy and other variables. That’s an achievement matched by only two other countries in Latin America and the Caribbean, Argentina and Chile.

Wages in Cuba are worth roughly 28 percent of what they were before the collapse of the Soviet Union, according to the Center for the Study of the Cuban Economy at the state-run University of Havana. The devaluation has turned workplace theft into a major problem. It has also led tens of thousands of Cuban professionals to emigrate to the United States and elsewhere in Latin America in recent years in search of a better life. The country’s birthrate is declining, while its elderly are living longer.

The agricultural sector remains stymied by outdated technology and byzantine policies. A foreign investment law Cuba’s National Assembly approved in March has yet to deliver a single deal. Adding to the challenges, the Cuban government has pledged to do away soon with its dual-currency system (which includes a dollar-pegged peso established in the 1990s when tourism opened up), a process that could drive up inflation. Yet against the picture of stagnation is the growth of a new class of private-sector employees, now nearly 500,000 strong. That’s not a huge number in a nation of 11 million, but they are a marvel of ingenuity in a place where running a private restaurant requires buying virtually all ingredients on the black market. Basic staples, like potatoes, must be purchased as contraband in Cuba.

Many of those building small businesses, such as bed-and-breakfasts, are Cubans who returned with savings earned abroad and those with relatives outside the country who provided start-up capital. All struggle with the bureaucracy, since they are unable to import legally items as basic as mattresses and pillows. Bringing items from the United States is onerous and complicated by American sanctions. Cuban authorities appear conflicted about the growing private sector. While they welcome the employment and tax revenue it generates, bureaucrats are throttling businesses that are doing particularly well and forcing some to become joint ventures with the state. The underlying message seems to be: We want prosperity but not overly prosperous individuals.

Washington could empower the reformist camp by making it easier for Cuban entrepreneurs to get external financing and business training. That type of engagement is unlikely to succeed unless the United States abandons its policy of regime change. Cuba’s economic transformation may be proceeding slowly, but it could well lead to a more open society. For now, continued antagonism from Washington is only helping the old guard. 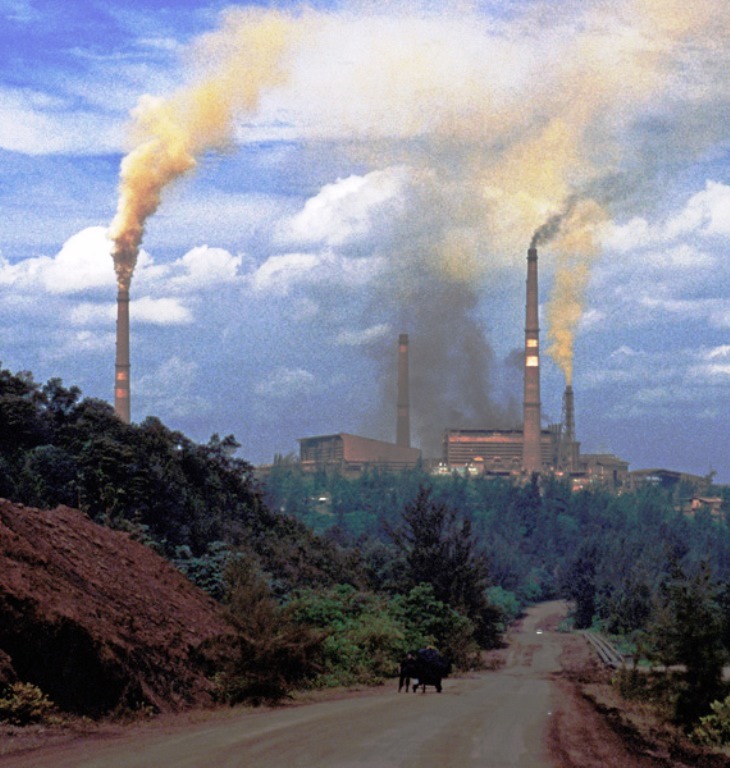 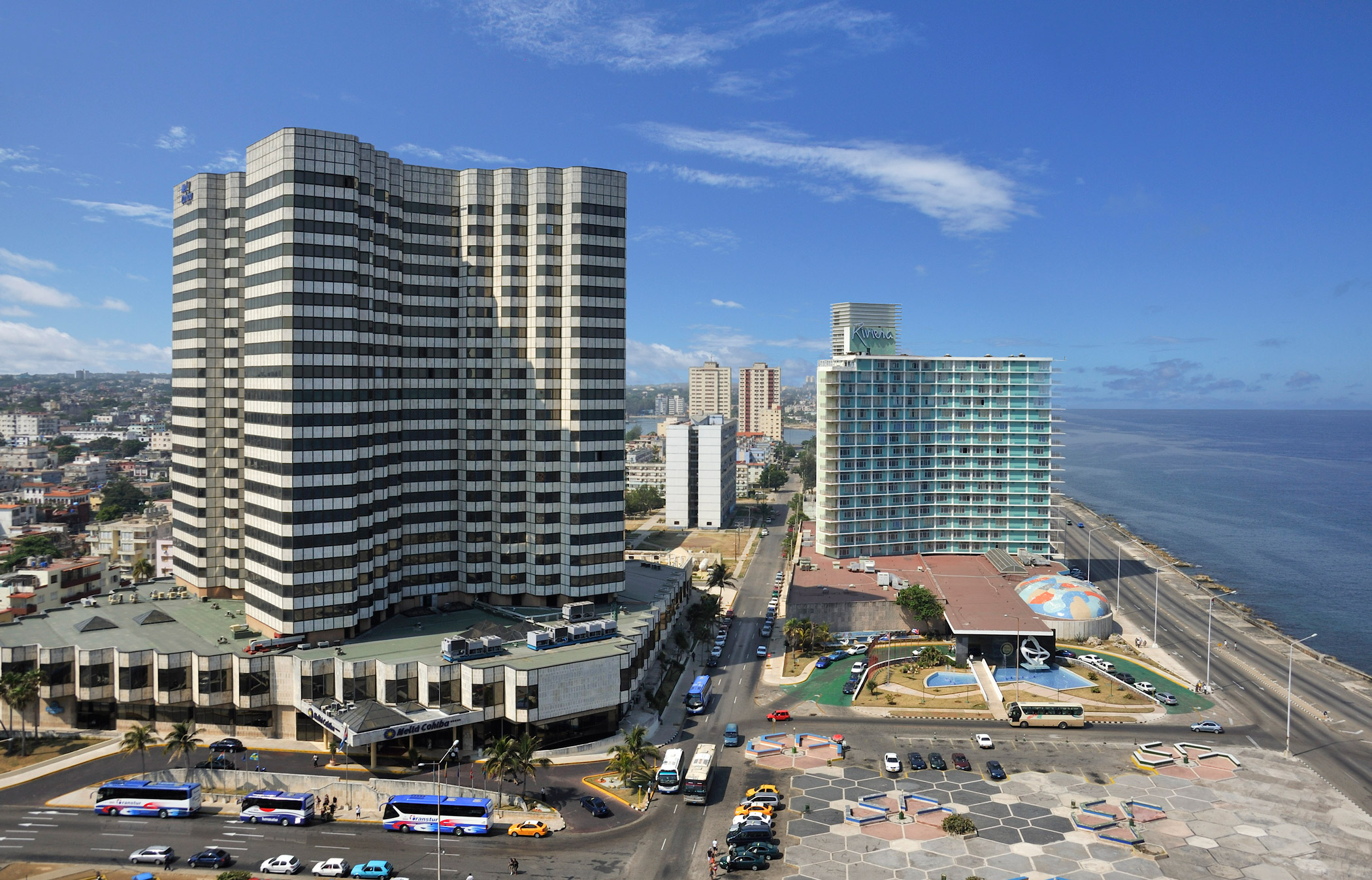 Melia Cohiba Hotel and Hotel Riviera on the Right 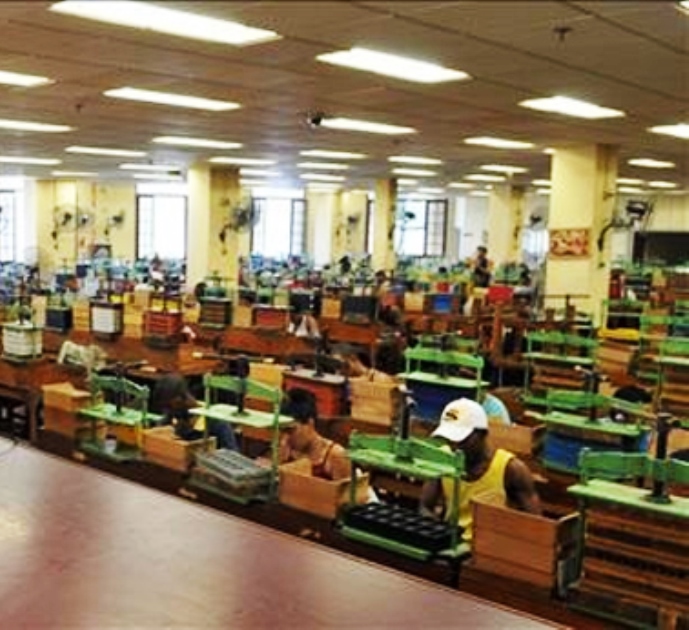