Review Essay, REVOLUTION IN THE REVOLUTION: RECENT DEVELOPMENTS IN THE CUBAN ECONOMY

When President Fidel Castro experienced a medical emergency on July 31, 2006, First Vice-President Raúl Castro assumed the role of Acting President, and was then declared President in February 2008 by the National Assembly. Hopes for change were high relative to the almost half century of Fidel’s presidency because Raúl was considered to be more pragmatic than Fidel.  During the first years of Raúl “acting” and then full Presidency, policy changes were modest, uncertain and hesitant.  However, after deliberation and some modest policy experimentation, the pace of reform accelerated in 2010.

In his first major speech in July of 2007, Raúl acknowledged the difficulties that the economy faced and the dimension of the reform effort that would be needed to overcome its problems. “To have more, we have to begin by producing more, with a sense of rationality and efficiency, so that we may reduce imports, especially of food products –that may be grown here– whose domestic production is still a long way away from meeting the needs of the population.”[1] This contrasted with the complacency of the last years of the Fidel era. Raúl emphasized the necessity of improving agriculture as well as industry and mentioned the possibility of increasing direct foreign investment.  He discussed “social indiscipline” and the expansion of the underground economy.  He assured citizens that the government was studying these issues and would soon introduce appropriate policies.  In subsequent speeches – shorter and less frequent than those of his elder brother – Raúl demonstrated increased pragmatism and decreased ideological rigidity. He also has shown an awareness of the need to break with some traditional Cuban economic institutions and policies.  Such change was ultimately necessary in his view for political reasons, to ensure the long-term viability of Cuba as an independent nation he stated:

We are facing unpleasant realities, but we do not close our eyes to them.  We are convinced that we need to break away from dogmas and assume firmly and confidently the ongoing upgrading of our economic model in order to set the foundations of the irreversibility of Cuban socialism and its development, which we know is the guarantee of our national sovereignty and independence.[2]

He did not view such changes as adoption of any sort of “capitalism,” but instead considered it an “up-dating” or “modernization” (actualización) of Cuban socialism.  However, Raúl’s concept of socialism reflected a change from the Fidelista view: it no longer implied an aspiration to equal outcomes.

Socialism means social justice and equality, but equality of rights and opportunities, not salaries.  Equality does not mean egalitarianism.  This is, in the end, another form of exploitation, that of the exploitation of the responsible worker by the one who is not, or even worse, by the slothful.[3]

Raúl also emphasized that policy changes were to be introduced with deliberativeness and caution. This was certainly the approach prior to mid-2010.

The major reforms of 2010 began with the proposal to downsize employment in the state sector by 500,000 presumably redundant state employees by the end of March 2011 and 1.5 million by the end of 2012 with the hope that they would somehow be absorbed productively by an invigorated small enterprise sector. Then came the publication of the ambitious and comprehensive “Draft Guide for Economic and Social Reform” published in November 2010. The Guide was discussed broadly throughout Cuba, revised, and then approved at the Sixth Congress of Cuba’s Communist Party in April 2011. Since then, there has been a steady series of economic reforms introduced that are transforming the economy increasingly into a “mixed” economy with significant state, private, cooperative and joint venture sectors (the latter with foreign and state enterprises) together with a greater reliance on the market mechanism for the social control of economic activity.

Is this a “Revolution in the Revolution”, to hijack Regis Debray’s catchy book title?[4] The answer is “probably yes”.  Raúl’s reforms amount to a repudiation of almost a half century of the institutions and policies mainly borrowed from and/or inspired by the countries of the Soviet Bloc. The reforms also constitute a rejection of the impetuous and capricious policy experimentation of Fidel. Indeed, by 2014 Raúl already had been successful in forging his own legacy and emerging from the shadow of his elder brother.

Eight years after the accession of Raúl, it is time for an analysis and evaluation of his revised approach to economic management. Not surprisingly, a large number of books dedicated to this task have been published recently. The volumes reviewed here all focus directly on, or include lengthy analyses of the Raúlista reforms.[5]

The authors come from a variety of analytical traditions and disciplines. They include Carmelo Mesa-Lago and Jorge Pérez-López as well as the Spanish authors of the Vidal-Alonso volume whose approach is by and large mainstream economics, the more radical economist Al Campbell and also political scientists Samuel Farber and Jorge Domínguez. Included are analysts from the Center for the Study of the Cuban Economy (CEEC) and other institutes of the University of Havana (in the Vidal-Alonso and the Domínguez et. al. volumes) many of whom have been moderate reformists since the early 1990s. About half of the analysts in Al Campbell’s volume have been working in the National Institute for Economic Studies (INIE), the main governmental economic think-tank, with the remainder from other branches of the government or its institutes. It is tempting to label these authors the “old guard” but some such as Miguel Figueras and José Luis Rodríguez can be said to have been moderate reformists as well, and all profess to be supporters of Raúl’s reforms.

These volumes all make important contributions to the analysis and understanding of Cuba’s overall economic situation. However, economic policies in a range of vital issue areas remain to be analyzed in greater depth as part of the process of the actualización of the Cuban economy.

One hopes that the next round of major publications on the Cuban economy will investigate some of these specific policy areas more profoundly than was possible in any of the general volumes reviewed here. Of particular relevance would be analyses of the policies toward agriculture, industry, energy, infrastructure, the service sector, small enterprise and the private sector, cooperatives, state enterprise, foreign investment and joint ventures, exchange rate and monetary issues, trade policy, policy towards foreign investment, social policies, health and education, labor issues, pensions demographic issues, cultural areas, etc. The work ahead is daunting.

What remains to be seen is how far economic reforms can proceed without any actualización of Cuba’s political system. 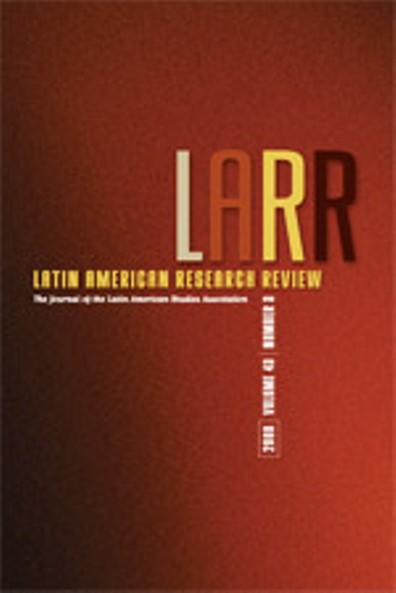 [1] Cuban Communist Party, “Speech by the First Vice-President of the Councils of State and Ministers, Army General Raúl Castro Ruz, at the main celebration of the 54th Anniversary of the attack on Moncada and Carlos Manuel de Céspedes Garrisons, at the Major General Ignacio Agramonte Loynaz Revolution Square in the city of Camagüey. July 26th, 2007, ‘Year 49 of the Revolution.,’” Diario Granma, July 27, 2007.