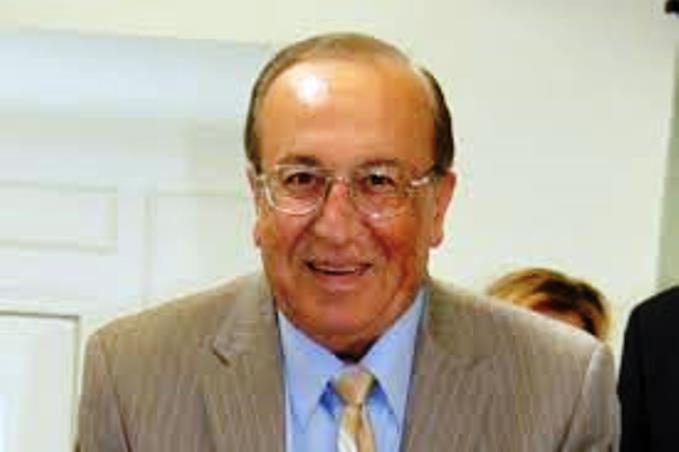 Dinners at fancy restaurants, week-long family vacations and a flat-screen TV: the bribes that Cuba accused Canadian businessman Cy Tokmakjian of giving Cuban officials were modest by corruption standards in many developing nations. But they have cost him dearly.

Tokmakjian, 74, was sentenced last week to 15 years in prison and $100 million of his company’s assets were seized.

A Cuban court ruled that the gifts were used to help direct lucrative contracts to Tokmakjian’s transportation company, which over 20 years became one of the most successful foreign companies on the communist-led island. The 168-page sentencing document, reviewed by Reuters, portrays a pervasive pattern of Tokmakjian wooing public officials and executives of his joint venture partners. The document, signed by five judges of the Cuban court, was based on their findings from a two-week trial in June and provided the basis for punishment.

Tokmakjian, who was arrested three years ago, has denied wrongdoing and, according to his son, refused to consider any deal that might free him in return for admitting guilt. His company, the privately held Concord, Ontario-based Tokmakjian Group, says prosecutors failed to prove any of the charges in what it called a “show trial” and that the company founder was not allowed to mount a robust defense.

The Tokmakjian Group declined Reuters requests to address most of the specific allegations in the court document. But it said it went to trial equipped with witnesses to refute the allegations, audited financial records, Cuban legal experts, and Canadian officials. Then, the company said, it was thwarted by the court.

“Cy never got to defend himself,” said Lee Hacker, vice-president of finance and company spokesman. “Almost all of the witnesses we wanted to call were denied appearance by the Cuban court. We did not have a trial by any standard. Cy was not afforded the opportunity to refute what they have accused him of.”

The investigation into his company’s dealings in Cuba also landed 16 other people in prison, including two Canadian employees, five Cuban employees, and nine other Cubans who were government officials or employees of state enterprises, some of them in joint ventures with the Tokmakjian Group. They received prison terms ranging from 6 to 20 years.

The case has offered a peek into the Cuban government’s view of corruption. It has also strained Cuba’s relations with Canada, a major trading partner, and could deter foreigners from investing in the Caribbean island.

Peter Kent, a member of Canada’s parliament from the Toronto area, called the verdict “outrageous” and a “very strong reminder that international investors should beware” of Cuba.

A number of questions remain unresolved about the case. Chief among them is whether Tokmakjian was guilty as charged or whether Cuba had another agenda in pursuing a case against a businessman previously favored by top Cuban officials.

Tokmakjian’s company says it believes Cuba wanted to destroy the business and take its assets.

Tokmakjian was once hailed as a model business partner who supplied crucial transportation equipment during a severe economic crisis after the collapse of the Soviet Union. He even received a business award from Fidel Castro.

President Raul Castro launched a crackdown on graft after he succeeded his older brother Fidel in 2008. Dozens of Cubans working at government agencies and state companies, as well as several foreigners, have faced charges of corruption or other economic crimes. Western diplomats and foreign business people say it has been standard practice to offer small cash bribes to get Cuban officials to open a file or move paperwork through the system. The court said individual gifts were just part of a wide-ranging scheme in which Tokmakjian persuaded officials to bend or break the law in his favor. With business flowing his way, he then took measures to cover up his illicit dealings and evade taxes, the court said.

Tokmakjian was found guilty of bribery, damaging the Cuban economy, illicit economic activity, currency trafficking, fraud and tax evasion. Cuba put a number on the damage to its economy: $91 million.

The Tokmakjian Group supplied vehicles, motors, parts and construction equipment to Cuba’s government and had joint ventures with state companies under the direction of the sugar, industry and tourism ministries. The company did an estimated $80 million in annual business in Cuba, one of at least 11 countries in the Americas, Europe and Asia where it has operated.

Tokmakjian directed subordinates to pay bribes, the court said, using gasoline and travel expense reports to account for the money. He also allegedly made payments to foreign credit cards held by his Cuban beneficiaries in an attempt to avoid detection.

One Cuban trade official declined to comment on the trial but said investors should not get the wrong message. Cuba, he said, is still open for business.

“What we have is a clear message that in Cuba there is zero tolerance for corruption and illegality,” Pedro Luis Padron, the director of U.S. and Canada trade policy for Cuba’s foreign trade and investment ministry, told Reuters. “This is a battle every country in the world is fighting, including Canada itself.”

Tokmakjian generally aimed higher than common bureaucrats, according to the court’s sentencing document. Even so, higher level officials’ salaries are not more than $25 a month, although like other Cubans they receive cheap housing, subsidized food and other welfare benefits.

Among those the court said received Tokmakjian’s gifts was Cuba’s vice-minister of the sugar ministry, Nelson Labrada. He was the highest-ranking of the 14 Cuban defendants and sentenced to 20 years.According to the court document, Tokmakjian courted him in 2008, paying for a week-long vacation in the Cuban beach resort Varadero that included the official’s wife and children. The vacations were repeated in 2009 and 2010, costing around $1,200 each time.

Sometimes using subordinates to pay for the treats, Tokmakjian would invite Labrada to expensive dinners and take him for a cruise on a yacht. He bought him a plastic pool and a barbecue. When the barbecue broke after three months, he replaced it, the court document said.

Labrada and Fernandez have not commented publicly on the charges against them. Fernandez’s attorney said he could not immediately comment on the case and Labrada’s lawyer could not be reached.

The court said that when Labrada went on a trip to Canada, a Tokmakjian subordinate took him shopping, buying him a 24-inch flat-screen television. He took both sugar officials to Niagara Falls and invited them to a casino in Toronto, buying chips for them to play with. Each ended up winning $2,500 at the gaming tables, the court said. Now, like Tokmakjian, they are facing long prison terms.