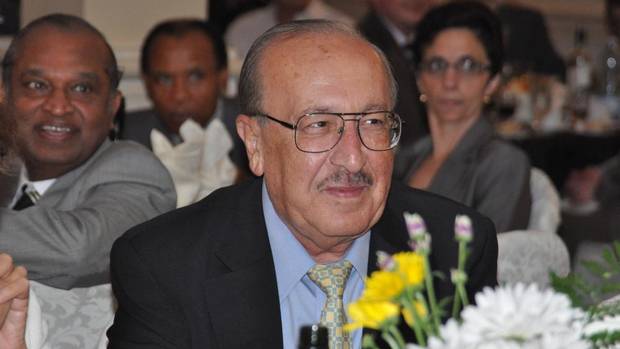 Cuban prosecutors are seeking a 15-year prison term for a Canadian businessman who has been tried on bribery charges, and 20 years for Cuba’s former deputy sugar minister who is accused in the same case, official media reported on Monday. Prosecutors are also seeking a total of $91-million in fines or forfeitures from three Canadians and 14 Cubans in a case that has been closely watched by potential investors wary of how Cuba treats foreign executives.

Lead Canadian defendant Cy Tokmakjian, 74, was held for nearly 2 1/2 years before being charged.

Cuba has been touting a new foreign investment law that took effect Saturday, saying it was crucial for attracting foreign direct investment that’s needed for development. The main feature of the law is to lower taxes. But many foreign companies have said they are more interested in the general business climate, transparency and the rule of law, especially in light of this case.

Cuban authorities publicly revealed details of the trial for the first time with an account in Monday’s edition of the Communist Party daily, Granma, which said the evidence phase of the trial lasted from June 9-21 at a criminal court in Havana. The court has yet to reach a verdict, which is normally rendered within a few weeks of trial.

Diplomats with knowledge of the case have previously said that prosecutors were seeking 15 years for Tokmakjian and 12-year sentences for his top managers, fellow Canadians Claudio Vetere and Marco Puche. All three Canadians from the Tokmakjian Group, a transportation and trading company, say they are innocent, but its vice-president of finance, Lee Hacker, has previously said in a statement he feared the outcome of the case, which has strained Canada’s relations with Cuba, may be predetermined.

Cuba shuttered the Canadian company in September, 2011, arrested Tokmakjian and took the passports of the other managers. The charges include bribery, fraud, tax evasion, falsifying bank documents and other economic offences.

Granma said prosecutors were asking for 15 years for Tokmakjian and 20 years for Nelson Labrada, former deputy minister of the defunct Sugar Ministry, which has since been replaced by a state sugar enterprise. Prosecutors requested sentences of eight to 12 years for the remaining defendants.

The Ontario-based Tokmakjian Group did an estimated $80-million in business annually with Cuba, mainly selling transportation, mining and construction equipment. It was the exclusive Cuba distributor of Hyundai, among other brands, and a partner in two joint ventures replacing the motors of Soviet-era transportation equipment.

The company was caught up in an investigation of Cuba’s international trading sector, part of a crackdown on corruption by President Raul Castro