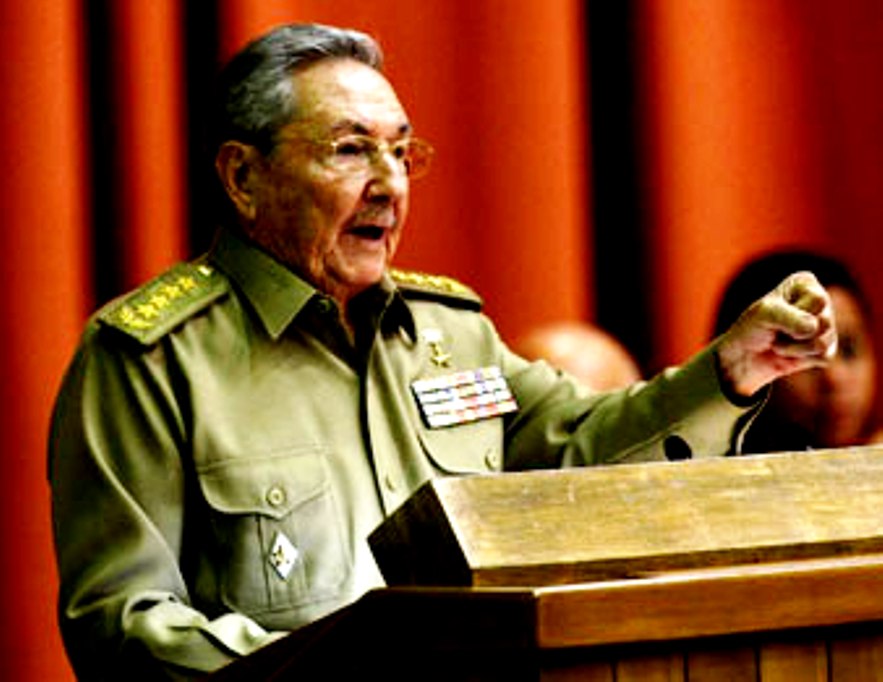 Raul Castro at the National Assembly in Havana.

Raul Castro spent the lion’s share of a prominent speech on Sunday scolding his countrymen for all kinds of bad behaviour, from corruption and theft to public urination and the practice of raising pigs in cities.

Speaking before legislators at one of parliament’s twice-annual sessions, the Cuban president railed against decaying morals, a deteriorating sense of civic responsibility and vanishing values such as honour, decency and decorum.

Castro aired a laundry list of complaints about illegal activities that he said did the country harm: unauthorised home construction, illicit logging and slaughter of livestock and the acceptance of bribes, to name a few.

He also fulminated against baser examples of “social indiscipline”: shouting and swearing in the streets, public drinking and drunk-driving, dumping rubbish on the roadside and people relieving themselves in parks.

At times, the 82-year-old’s speech sounded like a generational broadside against disrespectful youth who do as they please, a diatribe that could have crossed the lips of many a grandfather.

“When I meditate on these regrettable displays, it makes me think that despite the undeniable educational achievements made by the Revolution … we have taken a step back in citizens’ culture and public spirit,” Castro said. “I have the bitter sensation that we are a society ever more educated, but not necessarily more enlightened.”

Other examples of bad behaviour cited by Castro included:

• People showing up late to work;

• Graffiti and vandalism of parks, monuments, trees and gardens;

• Raising pigs in cities despite the public health risk;

• Failure to comply with school dress codes, and teachers who accept bribes for higher grades;

• Lack of deference to the elderly, pregnant women, mothers with small children and the disabled;

“All this takes place right in front of our noses without inciting public condemnation and confrontation,” Castro said.

“It is not acceptable to equate vulgarity with modernity, sloppiness and negligence with progress,” he said. “Living in society entails, in the first place, accepting rules that preserve respect for decency and the rights of others.”

The Cuban leader also spoke of the corrosive effects of official corruption, quoting his elder brother Fidel as saying such activity posed a greater risk to the Cuban revolution’s success than any outside forces.

Castro’s biannual speech to parliament has sometimes been a moment to announce new initiatives, but Sunday’s was short on specifics. Perhaps his most notable comment was a reiteration of the importance of doing away with Cuba’s unique dual currency system.

Most citizens get paid in Cuban pesos, while a second currency, the dollar-pegged convertible peso, is used in tourism and to buy most imported goods.

Castro told legislators the Cuban economy was advancing “positively” even if those gains had yet to be felt by the average Cuban family.

Castro also voiced support for Latin American allies’ apparent willingness to grant the NSA whistleblower Edward Snowden asylum, though he did not say whether Cuba itself would offer him refuge or safe passage.

This entry was posted in Blog and tagged Illegalities. Bookmark the permalink.