“Political Science”: When Will Cuban Universities Join the World?

In 1993, the Faculty of Economics at the University of Havana decided that it had to incorporate mainstream economics into its curriculum because “Soviet” or “central planning” style economics had virtually disappeared following the break-up of the Soviet Union and the Soviet Bloc. After some discussions with the International Development Research Center (IDRC) in Ottawa, a Masters in Economics Program commenced operation at the University of Havana principally for young Cuban professors of Economics plus others. The program was financed by IDRC and then the Canadian International Development Agency and had the support of the United Nations Economic Commission for Latin America and the Caribbean. It included Canadian and Latin American Professors with senior Cuban professors acting as counterparts.

The program ran from 1994 to 2000, and helped to “jump-start” the introduction of conventional economics into Cuban Universities. It contributed to the changing climate of opinion that has resulted in the new approach to economic policy adopted by President Raul Castro.  I am happy to say that it was my Economics Department here at Carleton University that offered its MA in collaboration with the University of Havana. A description of this Master’s Program in Economics offered at the University of Havana from 1994 to 2000 can be found here.

In contrast, the teaching of Political Science – or “Government” to use the Harvard label – in Cuban Universities appears to be virtually non-existent or else locked in a Soviet-era time-warp at this time. As far as I can determine from perusing the web sites of Cuban Universities, little has changed in this regard since about 1990.

During the 1960’s and early 1970’s, the University of Havana’s School of Political Sciences  (Escuela de Ciencias Políticas) was active at the Faculty of Humanities (Facultad de Humanidades)  This School was created in 1961 after the triumph of the Revolution as part of the University Reform (Reforma Universitaria). But during the decade of 1970 to 1980 the School was closed. Some of its activities were then assumed by the recently created “Ñico López” Party School (Escuela del Partido “Ñico López”), affiliated with the Cuban Communist Party, outside the University campus and with no relation to the University. The main purpose of the “Ñico López  Party School was and still is the formation of Party cadres. 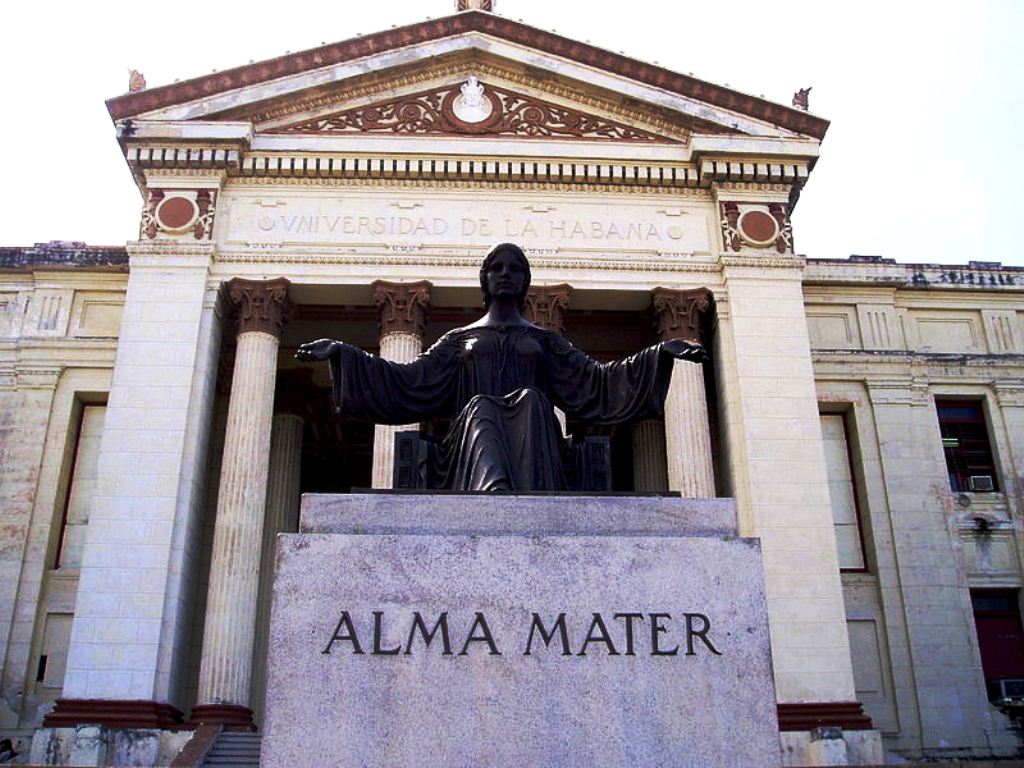 In 2013, one searches in vain for Departments of “Political Science” in Cuba. There are or have been University and Party Centers for the study of international relations such as the Instituto Superior de Relaciones Internacionales ((ISRI) and the  Centro de Estudios Hemisféricos y Sobre Estados Unidos(CEHSEU, formerly CESEU). But there seems to be a total absence of what one might identify as Political Science or “Government” in any part of the Universities. The closest the University of Havana seems to come to political science appears to be in the Filosofía Marxista Leninista program of the faculty of Ciencias Sociales y Humanísticas. This program seems to be totally removed from an objective analysis of how political systems actually operate in Cuba or anywhere else.  Not surprisingly, this program has a clear ideological orientation, as suggested by the first suggested type of employment for its graduates cited below, (though I suspect that the graduates would be increasingly unemployable with the exception of a handful of future professors teaching the same stuff): 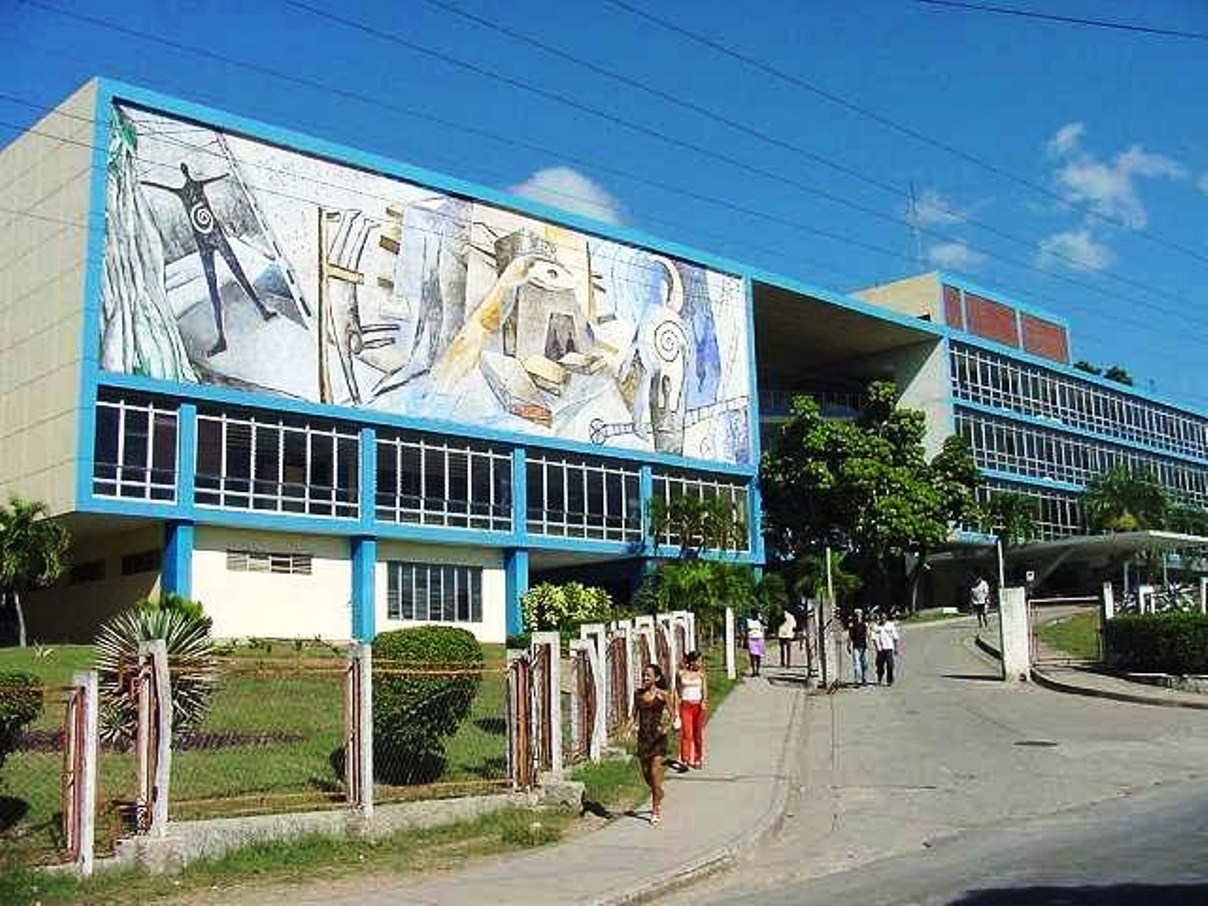 In the mid-1990s two Cuban professors, Miriam Gras and Gloria Leon of the University of Havana attempted to set up a network of researchers in Comparative Politics. For their efforts – and also for speaking out on political issues – they were fired from the University.

There are of course talented and widely recognized intellectuals both within and outside the universities who analyze US-Cuban relations and some aspects of international relations. But it is difficult to identify professors from Cuba’s universities who are courageous enough to “push the envelope” and to analyze Cuba’s political system seriously, directly and openly, or to adopt mainstream or conventional political science approaches in their work. The serious analyses of Cuba’s own political system and its functioning are the work mainly of off-shore analysts, either recent émigrés such as Haroldo Dilla Alfonso, Cuban-Americans such as Jorge Dominguez and Marifeli Perez-Stable and many others, or non-Cubans such as Vegard Bye of Norway – also among many others. To find critical analysis of Cuban politics within Cuba, one has to go to independent publications such as Espacio Laical linked to the Catholic Church in Havana and a couple of blogs such as SinEvasion, by Miriam Celaya.

Why is such political analysis essentially off-limits in Cuban universities? You can guess the answer.

One consequence of the absence of the discipline of Political Science in Cuba is that we have only a vague idea of how Cuba’s government actually functions. Who within the Politbureau and Central Committee of the party actually makes decisions? To what extent and how do pressures from the mass organizations actually affect decision-making, or is the flow of influence always from top to bottom rather than the reverse? What role do the large conglomerate enterprises that straddle the internationalized dollar economy and the peso economy play in the process of policy-formulation? Is the National Assembly simply an empty shell that unanimously passes prodigious amounts of legislation in exceedingly short periods of time – as appears to be the case?  One is left with a feeling that the real political system is one of black boxes within black boxes linked in various ways by invisible wires and tubes.

One hopes that Cuba’s universities soon will establish formal Departments of Political Science and that the academic staff will undertake real scientific analysis of Cuba’s political system. 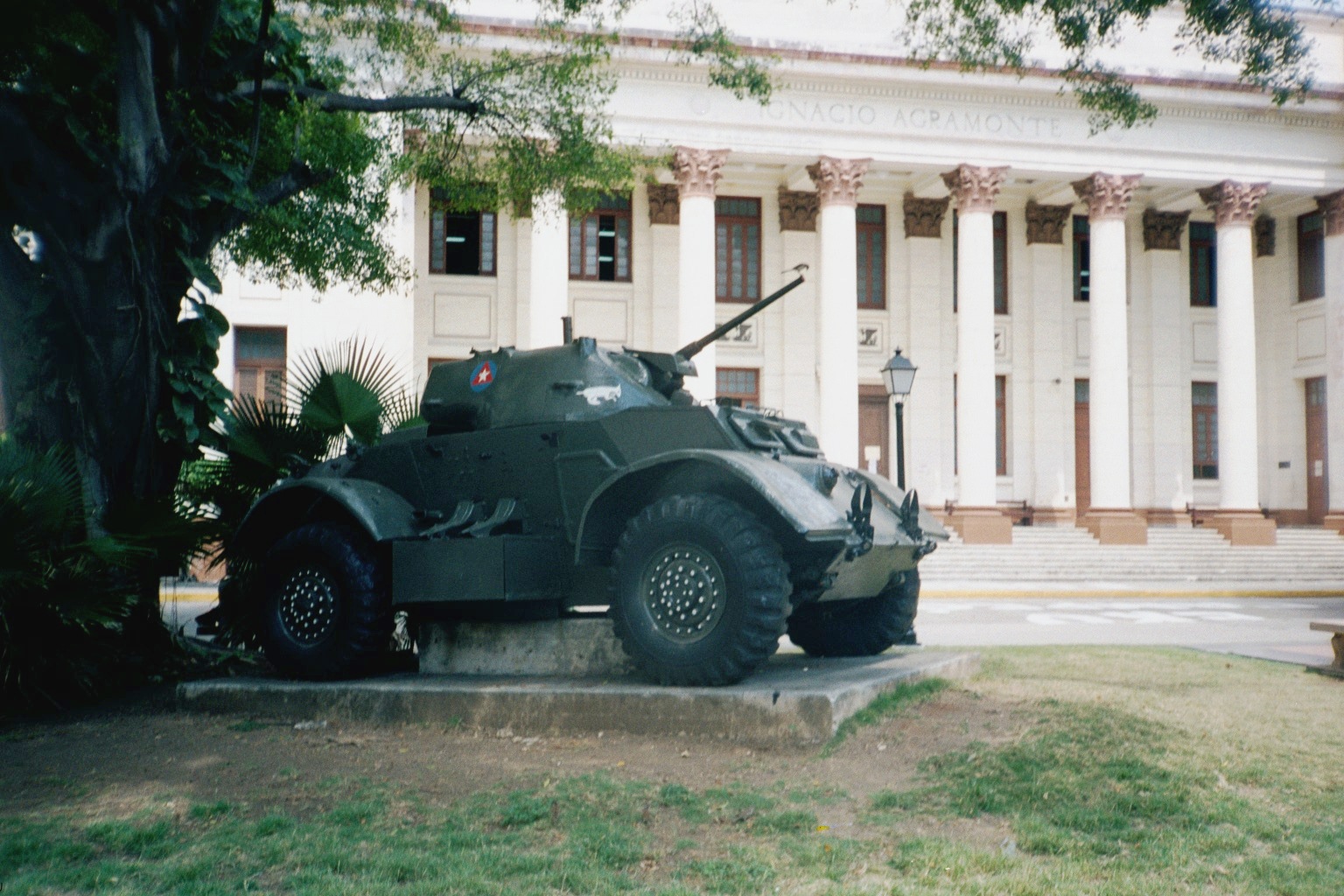 University of Havana, Faculty of Law in the background 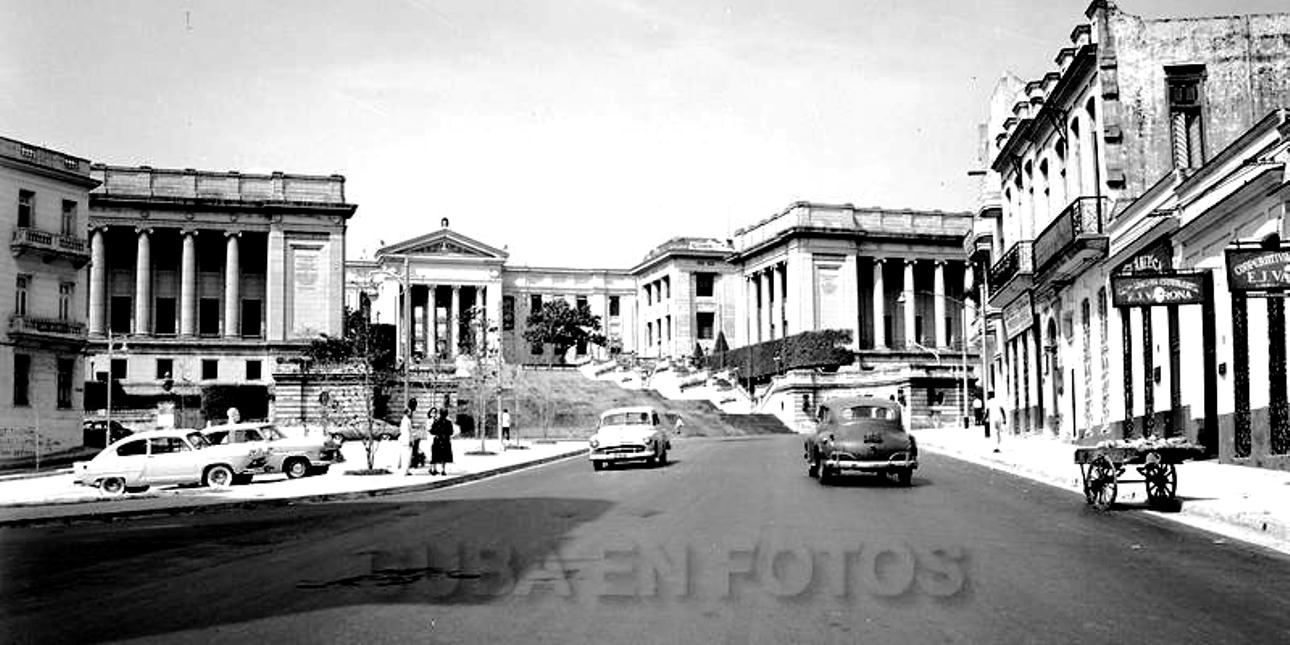 University of Havana circa 1955

This entry was posted in Blog, Featured and tagged Education, Politics. Bookmark the permalink.