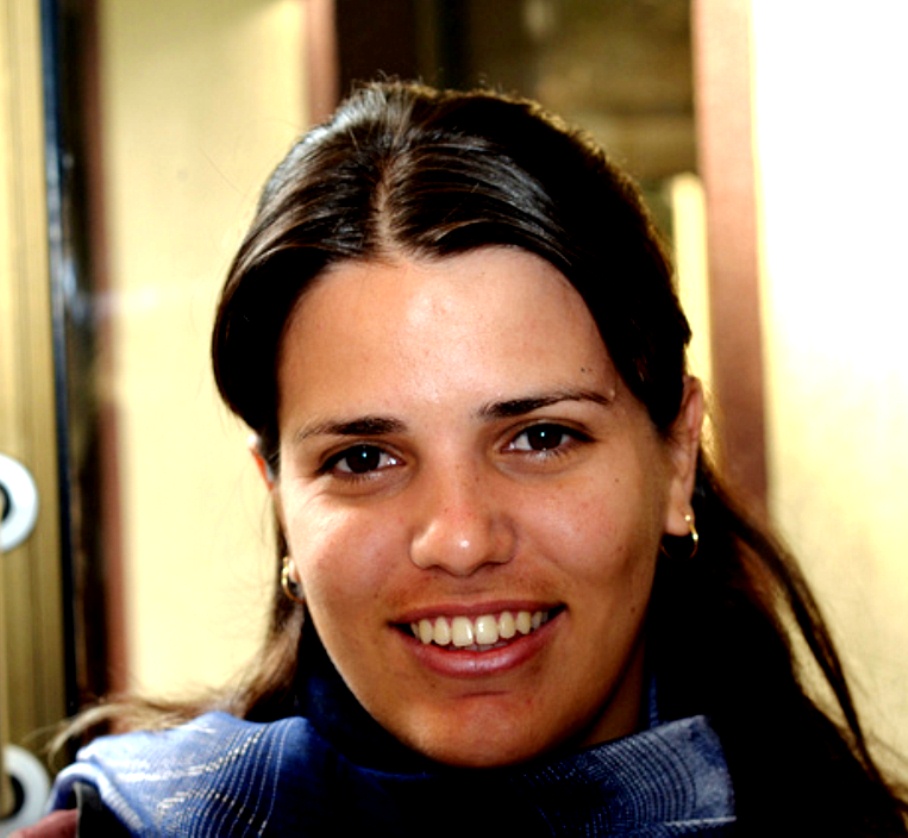 Elaine Díaz may be the most important Cuban dissident you’ve never heard of. But that is perhaps because she doesn’t even call herself a dissident.

Ms. Díaz is a leader of a group of Cubans who are opening a new avenue for criticism in a country that, for the last 50 years, has offered its citizens only two options: with us or against us. Ms. Díaz insists that there is a third way. “Cuba has a lot to change,” Ms. Díaz said during a visit to New York last week, “but I don’t think you need to destroy the system to create something new.”

That’s a convenient view, because that system is paying her salary.

A professor of journalism at the University of Havana, a public institution, Ms. Díaz is an employee of the state. That has not stopped her from writing publicly and with disarming directness about the challenges of daily life in Cuba on her blog, La Polémica Digital, for the last five years. She is young, progressive and fiercely loyal to the Cuban government. But she says she is also determined to reform a socialist system that no longer works as well as it used to for the common man.

The delicacy of that relationship is not lost on Ms. Díaz. “I’ve been scared that maybe I’d write something that would be interpreted the wrong way,” she said, “and that I would be punished, or lose my job.”

She has managed to set herself apart in an increasingly cluttered Cuban blogosphere, earning respect for her thorough reporting and simple, moving prose. Last year she traveled abroad for a meeting of global bloggers in Nairobi, and last month she arrived in the United States for the annual Latin American Studies Association conference in Washington.

So far, Ms. Díaz said, she hasn’t heard a peep from the authorities about her writing. Indeed, the government has been surprisingly tolerant of Ms. Díaz and her colleagues – loosely affiliated under the moniker Bloggers Cuba – a fact that some experts attribute to the group’s willingness to self-censor.

Ted Henken, an expert on social media in Cuba, called these younger bloggers “silent dissidents,” adding, “Their big problem is that they’re constantly biting their tongue.”

Cuba’s more famous and far more radical critic, Yoani Sánchez, shares that view. When Ms. Díaz abruptly took a leave from her blog last August, Ms. Sánchez speculated that she had been forced off the keyboard by a government that had lost patience with her.

Ms. Sánchez, taking a jab at Ms. Díaz’s ties to the government, called her the “official Cuban blogger” and wrote that “Elaine Díaz has transgressed the limits of criticism permissible” for an employee of the state. Ms. Díaz insists that she stopped writing only to focus more intently on her teaching, and she has since resumed the blog.

But Ms. Díaz does acknowledge that there are taboo subjects, like the state of education or health care, that she is hesitant to discuss casually. “If I go to a dirty hospital, I’m not going to write about it,” she said, “because I have a commitment to the system.” Universal health care and free education are seen as the revolution’s most significant success stories, which makes it imperative to keep them intact, even as they quickly become well-worn myths.

In fact, for government loyalists like Ms. Díaz, it seems that, as you get closer to the core of the communist narrative holding Cuba together, the space for genuine debate shrinks. Rattling off a series of topics that she would be careful about touching, Ms. Díaz paused before the kicker: “Fidel Castro, for example, is sacred to us,” she said in an almost reverent tone. “At least in the world that I move around in, there’s a respect and historical gratitude” toward him.

“He’s a figure that, when you launch into criticism, it’s very difficult,” she added.

That approach may be more cautious than the tack taken by Ms. Sánchez and more extreme elements of the opposition, but that doesn’t mean it should be discounted. “It’s as important or more important when people who consider themselves believers express criticism because they can’t be as easily disqualified as people on the out and out, in the opposition,” said Mr. Henken, the expert on Cuba’s Internet. “Yoani is the acerbic agnostic, whereas Elaine is the critical believer,” he added.

Even the United States government is taking notice. Last month, Conrad Tribble, the deputy chief of the United States Interests Section in Havana, Washington’s diplomatic outpost in Cuba, made an unannounced visit to a public meeting of what The Associated Press called “Cuba’s pro-government Twitteratti.”

A brief video clip of the encounter posted on Crónicas de Cuba, the journalist Jorge Legañoa Alonso’s blog, showed Mr. Tribble, sporting a fuchsia Hawaiian shirt, saying he had come to talk with the group about things that the United States and Cuba share — “baseball, music, et cetera” — and on issues in dispute.

Video of an American diplomat interacting with Cuba’s “Twitteratti” in Havana last month, posted on YouTube by Jorge Legañoa Alonso, a journalist and blogger.

His presence was an olive branch in a diplomatic relationship where engagement on both sides has consisted mainly of covert operations and official bluster. It was also a sign of the growing influence of this corps of young bloggers, whom the State Department wants to cultivate a relationship with, despite their pro-Castro bent.

Ms. Díaz, who could not make the meeting but has interacted with Mr. Tribble on Twitter this year, said she appreciated the gesture.

“He didn’t go there to make a speech or convince anyone, or try to impose anything,” she said. “He’s welcome. Any steps toward a closer engagement between the United States and Cuba, even if they’re small, are good.”

Ms. Díaz would know. In the two weeks she has spent in the United States, she said, “there have been moments that have changed my life, and have nearly made me cry.”

She recalled arriving at the Miami airport and being handed a cellphone by a stranger who saw that she was lost. Or a man in New York City who walked her to her host’s house when she was lost in a sea of apartment buildings in Washington Heights.

“I had the impression that in the United States, no one cares what you have to say, no one will talk to you, everyone is absorbed in their own world,” she said, adding that the image of “a very individualistic culture, it’s not what I’ve found.”

When she returns to Cuba in a week, Ms. Díaz said she would write about the experience on her blog. For now, she’s enjoying her stay in enemy territory.

This entry was posted in Blog and tagged Communications, Freedom of Expression. Bookmark the permalink.