Amnesty International, The State of the World’s Human Rights: CUBA

Repression of independent journalists, opposition leaders and human rights activists increased. There were reports of an average of 400 short-term arrests each month and activists travelling from the provinces to Havana were frequently detained. Prisoners of conscience continued to be sentenced on trumped-up charges or held in pre-trial detention.

Rights to freedom of expression, association, movement and assembly

Peaceful demonstrators, independent journalists and human rights activists were routinely detained for exercising their rights to freedom of expression, association and assembly. Many were detained and others were subjected to acts of repudiation by government supporters.

The authorities adopted a range of measures to prevent activists reporting on human rights including surrounding the homes of activists and disconnecting phones. Organizations whose activities had been tolerated by the authorities in the past, such as the Cuban Commission on Human Rights and National Reconciliation, were targeted. Independent journalists reporting on dissidents’ activities were detained.

The government continued to exert control over all media, while access to information on the internet remained challenging due to technical limitations and restrictions on content.

A number of measures were used to stop or penalize activities by political opponents. Many attempting to attend meetings or demonstrations were detained or prevented from leaving their homes. Political opponents, independent journalists and human rights activists were routinely denied visas to travel abroad.

In October, the government announced changes to the Migration Law that facilitate travel abroad, including the removal of mandatory exit visas. However, a series of requirements – over which the government would exercise discretion – could continue to restrict freedom to leave the country. The amendments were due to become effective in January 2013.

Seven new prisoners of conscience were adopted by Amnesty International during the year; three were released without charge.

The U.S. Embargo against Cuba

In September, the USA renewed the Trading with the Enemy Act, which imposes financial and economic sanctions on Cuba and prohibits US citizens from travelling to and engaging in economic activities with the island. In November, the UN General Assembly adopted, for the 21st consecutive year, a resolution calling on the USA to lift the unilateral embargo.

The WHO, UNICEF and UNFPA and other UN agencies reported on the negative impact of the embargo on the health and wellbeing of Cubans and in particular on marginalized groups. In 2012, Cuba’s health care authority and UN agencies did not have access to medical equipment, medicines and laboratory materials produced under US patents. 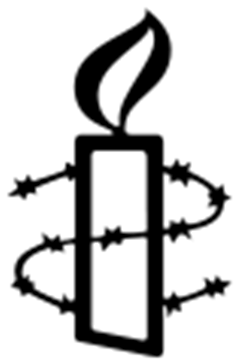 This entry was posted in Blog and tagged Freedom of Assembly, Freedom of Expression, Freedom of Movement, Human Rights. Bookmark the permalink.

One Response to Amnesty International, The State of the World’s Human Rights: CUBA