Thriller set in Havana captures the wreckage of Cuba’s revolution

Sitting in a spotless, sunny apartment in Toronto’s immigrant-dense Thorncliffe Park, neatly dressed, fit and clear-eyed at 72, author Jose Latour shares his darkest thoughts. They focus on his native country, Cuba, and the disaster he foresees following the inevitable collapse of its geriatric communism.

“Once we have democracy in Cuba and a multiparty system and human rights, and so on, criminals from everywhere will come to Cuba,” he predicts. “There will be big corruption, a lot of prostitution and drugs.” Any semblance of social order will collapse with the dictators, he predicts.

It’s not that Latour harbours any fondness for the current regime, which effectively hounded him and his family out of the country when his crime novels began reaching an international audience, drawing unwelcome attention to the often harsh reality of life in a socialist paradise. But corruption and criminality are Latour’s métier. And as his latest novel proves, this author can still feel the deepest rhythms of Cuban society virtually in his own pulse.

Set at the climax of the Cold War, Riders of Land and Tide is a Tom-Clancy-style thriller that centres on a drug-fuelled mutiny aboard a U.S. Navy nuclear submarine in the Caribbean. Action, suspense, plot: It delivers all that the genre promises, as one would expect from a veteran once described by The Globe’s Margaret Cannon as “a classic noir writer.” 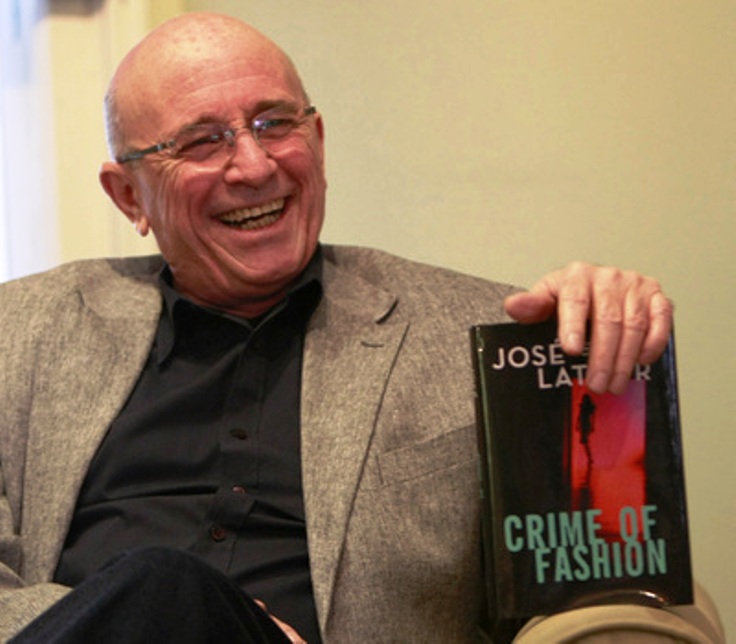 But Latour’s latest also offers a revealing portrait of ordinary people in Cuba, based closely on his own former friends and colleagues, struggling to maintain their dignity amid the wreckage of revolution.

In this, Latour says, Riders is his most ambitious novel. “It’s Cuban history through the lives of three families,” he says. “The plot is absolutely fictional,” he adds, but the events and the characters and their struggles are painstakingly real. “Hundreds of thousands of Cubans live lives like these,” Latour says.

But the author has paid for his ambition to stretch genre bounds. “My Canadian publisher, McClelland & Stewart, didn’t want to publish Riders of Land and Tide because they said it dealt too much with the personal lives of people,” he says. “They wanted the book more centred in action, action, action. And I don’t do that kind of book.”

Vampires, zombies and other trendy tropes leave him cold. “That’s not my world,” he says. “I’m a realist, and I don’t believe all endings are happy and the good guys always win.”

As a result, Latour finds himself thrust onto the front lines of the electronic revolution, publishing Riders as an e-book in an exclusive six-month deal with digital bookseller Kobo. It will become available on competing sites beginning in April.

But Latour is no stranger to the vanguard, beginning with his role as an ardent young revolutionary working as a financial analyst in his country’s new government. Making the leap from bureaucracy with the help of three successful novels written in his spare time, Latour was able to quit his day job in 1990 in order to write full-time.

A growing darling of the Havana diplomatic corps due to his international reputation and work as a translator, Latour definitively stepped offside with a novel called The Fool, based on a true story of political corruption involving high-ranking officers in the Cuban armed forces and Colombian drug kingpin Pablo Escobar.

Declared an enemy of the people, Latour was followed in the streets and received threatening phone calls. “So I had a meeting with my family and said, ‘Look, this is going to be a problem. I’m 60 years old. I don’t want to go to a Cuban prison at 60.’”

Cuban prison “is not Canadian prison, just in case you don’t know that,” he adds. “No, no, it’s something very different.”

Using a book tour in Spain as pretext, Latour, his wife Sandra and their two children left Cuba for good in 2002. After two years of living in Spain, they became patriotic new Canadians. None dreams of a return. “Canada is my country,” Latour says. “I’m a Canadian citizen, and this is where I hope to be cremated.”

Both children have since graduated from the University of Toronto and left home to pursue careers. But as much as Latour worries about the future of his native country, he worries that his children dream of becoming writers like him.

“I tell them, ‘Listen, you write a book like you purchase a lottery ticket,’” he says. “’I’ve been purchasing 649 since I got to Toronto and I have never won more than $10. It’s exactly the same with books.’”

So why does he keep doing it himself?

“Because I was born to write,” he answers. “It’s as simple as that.”