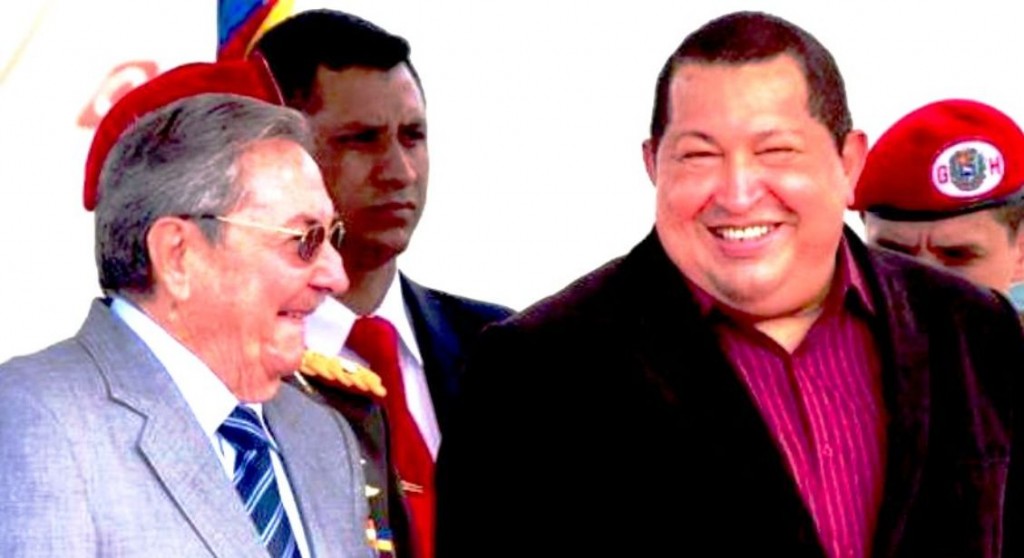 HAVANA, March 5 (Reuters) – A mix of sorrow, self-interest and dread took hold of Cuba Tuesday evening as word spread like wildfire that Venezuelan President Hugo Chavez, who had done so much for the country, was dead.

While the official evening newscast devoted its entire program to events unfolding in Caracas, the government reaction was slow in coming.

Later in the evening Cuba declared three days of mourning, and eulogized Chavez saying his “Bolivarian Revolution” was “irreversible” and that Cuba would continue to “accompany Venezuelans in their struggles.”

Chavez’s resolute ideological embrace of Cuba helped propel the once isolated communist island back into the center of regional politics, and oil-rich Venezuela’s largesse under Chavez proved a life saver for the embargoed and near bankrupt Caribbean island after the collapse of its longtime benefactor, the Soviet Union.

Even so, analysts do not expect Chavez’s death to have any short-term impact for Cuba.

“I’m sure the Cubans are concerned, but I don’t think this will be a game changer for the Cubans. They have weathered worse storms before,” said Frank Mora, former deputy assistant secretary of defense for Western Hemisphere Affairs in the first Obama administration.

Chavez is viewed in Cuba as an irreplaceable leader of the region and savior of socialism, portrayed day and night by official media as a champion of regional unity, independence and the island.

During his two-year battle with cancer, Chavez had four operations in Cuba and spent months receiving treatment on the island.

“Once again the horizon for all of Latin America has grown dark,” Havana snack vendor, Eric Rodriguez, said.

“I only hope Venezuela can support this blow, but the road ahead for them won’t be easy, nor for Cuba,” he said.

There were tears for the 58-year-old Venezuelan and his family over the tragedy of succumbing to cancer. Then there were the calculations over what events in Caracas might mean for daily life on the Communist-run island, so dependent on the preferential trade relations under Chavez.

There was dread that Cuba would once more lose a strategic ally and be plunged back into a grave economic crisis similar to the scarcity in the 1990s that followed the demise of the Soviet Union.

Soon after Chavez won his first election in 1998, Fidel Castro anointed the young and vitriolic firebrand as his revolutionary successor in Latin America.

President Raul Castro, who replaced his ailing brother in 2008, has strengthened relations with Venezuela even as he forged closer ties with other oil-producing nations such as Brazil, Angola, Algeria and Russia.

Most Cuban economists point out that the economy has become more diversified over the last 20 years with the development of tourism, pharmaceuticals and increased oil and nickel production. But they say it remains far too dependent on Venezuela.

Cuba and Venezuela have formed more than 30 joint ventures over the years, most of them based in Venezuela.

They range from a fishing fleet, to port and rail repair, to hotels, agriculture, nickel and steel production and just about all of Cuba’s downstream oil industry.

In 2011, Venezuela accounted for $8.3 billion of Cuba’s $20 billion in foreign trade. It pays Cuba an estimated $6 billion or more annually for the services of 40,000 doctors, nurses and other professionals, local economists say. That is around 60 percent of the foreign exchange Cuba earned from services.

Venezuelan banks provide soft credits for dozens of development projects across the island.

Venezuela serves as a guarantor for investment and trade with the island.

While many Cubans fretted, others were more optimistic that Chavez’s hand-picked successor, Vice President Nicolas Maduro, would win the election that must now take place within 30 days.

Cuba is in the process of lifting some restrictions on civil liberties and revamping the state-dominated economy into a more mixed and market friendly one.

Experts said that regardless of the election’s outcome the pace and depth of reform would most likely pick up.

An opposition victory, viewed as unlikely, would certainly force Havana to scamper, they said, and while a Maduro win would spell no changes for Cuba in the short term, the threat of instability in Venezuela’s future would loom large on local leaders’ minds.

“Assuming that Maduro is elected, Venezuela will continue its critical oil subsidies, but both international credit markets and the Cuban leadership can now more clearly see a future where Cuba will have to bolster its energy self-sufficiency and improve its credit ratings,” said Carlos Saladrigas, head of the Cuba Study Group, a Cuban American business organization that advocates engagement with Havana.

“The pro-reform factions within the Cuban system will have additional arguments in their quiver for moving forward with all deliberate speed,” he said.

Mora agreed that mid-term instability in Venezuela would be Cuba’s biggest challenge.

“I think everyone will try and unite behind Maduro. It’s what becomes of Venezuela after, and whether Maduro can keep all the disparate factions within Chavismo together for a long period of time, especially if the Venezuelan economy runs into macro-economic troubles and it’s not able to continue subsidizing political support (for Cuba),” he said. 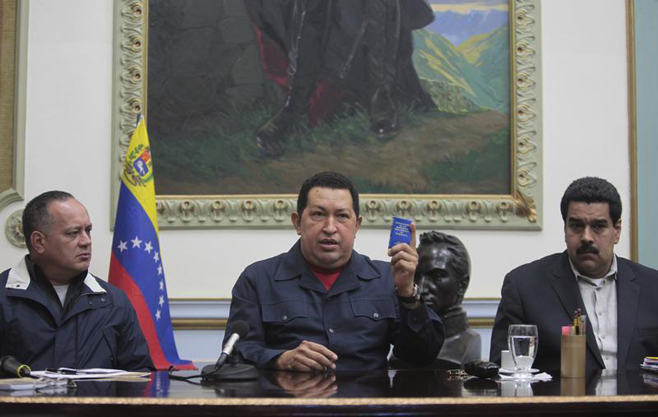