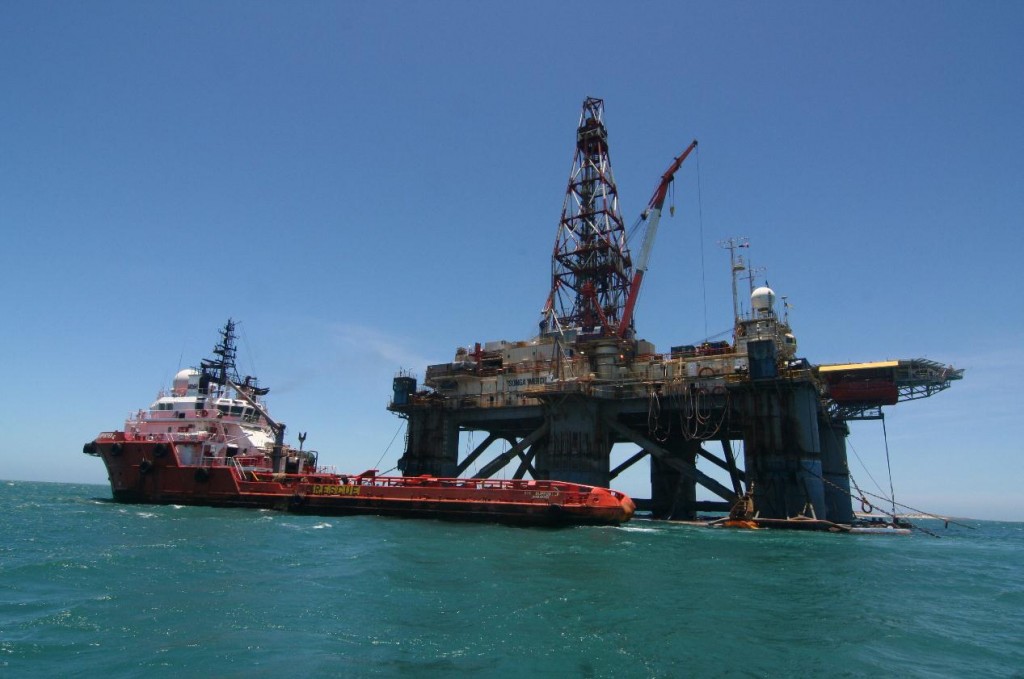 Oil industry journals reported this week that a Soviet-built, Norwegian-owned drilling platform is headed for Cuban waters this summer, under contract with Moscow-based state company Zarubezhneft. The company has hired the rig, called the Songa Mercur, at a cost of $88 million for nearly a year, with plans to begin drilling in November. That should be enough time to poke plenty of holes in search of Cuba’s elusive undersea oil fields, which are thought to hold billions of barrels of crude but have yet to yield a decent strike.

The rig’s arrival couldn’t come at a better time for the Castro government and its state oil company, CubaPetroleo. The state firm has signed multiple contracts in recent years with foreign producers looking to drill in Cuban waters.

Another drilling platform, the Scarabeo 9, has been working off the island’s north coast this year, but has come up dry, dealing a blow to Havana’s hopes for weaning the island off imported crude.

Cuba currently gets about two-thirds of its fuel from socialist ally Hugo Chavez. But the Venezuelan president has been battling cancer and must campaign for re-election in October.

The Scarabeo 9 has been Cuba’s best hope. The Chinese-built, Italian-owned rig arrived late last year, opening a gusher of anxieties in the US. Environmental groups and Florida tourism operators worried about damage from a potential spill. Anti-Castro lawmakers worried an oil strike would give the Cuban government a cash windfall. Repsol, the Spanish oil company that first hired the rig, was the subject of hearings on Capitol Hill, and the Obama administration made the unusual move of sending an inspection team to visit the platform when it stopped in Trinidad en route to Cuban waters. But the state-of-the-art Scarabeo 9 was made for the Cuba job — literally. It is the only rig in the world designed specifically to comply with US trade sanctions against Cuba, which limit the amount of US technology that can be used in Cuban territory to no more than 10 percent.

So far the rig has come up empty in Cubans waters. Having spent more than $100 million for a dry well and a political headache, Repsol executives have announced they’re pulling out of Cuba.

Scarabeo 9 is now in the hands of Russia’s Gazprom Neft, which is drilling in Cuban waters at another offshore location in partnership with Malaysia’s Petronas. Results may be announced as soon as next month.

The Songa Mercur will be working much closer to shore. Built in 1989 at the Soviet Union’s Vybord Shipyards, its maximum drilling depth is just 1,200 feet of water, according to the rig’s specifications.

Jorge Piñon, an expert on Cuban oil exploration at the University of Texas, said the Songa Mercur was retrofitted and modernized in 2006 in Galveston, Texas, after it was purchased from a Mexican firm by Norway’s Songa Offshore SE. It’s currently working in Malaysia.

Unlike the Scarabeo 9, the Songa Mercur is loaded with US technology, including five Caterpillar generators, General Electric mud pump motors, and cementing equipment made by Halliburton. That will likely leave Russian operator Zarubezhneft in violation of the US’ Cuba sanctions, Piñon said.

Not that there’s much the US government can do about it. “This is a Russian state oil company, and they do not have US assets or interests to safeguard,” said Piñon, a former British Petroleum executive. “Do you think that Zarubezhneft is going to invite the US Coast Guard and the Interior Department to board (the Songa Mercur)?” he said. “How then is [the US] going to validate whether the Songa Mercur meets the embargo regulations?” The area where the platform will be drilling is off the coast of Cuba’s Ciego de Avila and Villa Clara provinces, and adjacent to an area that the Bahamas Petroleum Corporation is also looking to develop, Piñon added.

That location should present less of a threat to US beaches in the event of a spill, according to Lee Hunt, former president of the Houston-based International Association of Drilling Contractors. Shallow water does not eliminate the risk, Hunt said, but ocean currents in that area would likely keep floating crude away from US shores. “What has not changed is the need for blowout prevention,” said Hunt, who advocates closer cooperation between the US and Cuba on oil spill prevention. “The best and safest practices, and preparation for spill capping, capture, containment and cleanup remain risk factors for Cuba and the United States.”

One Response to Russians Commence Petroleum Exploration off the Cuban Coast