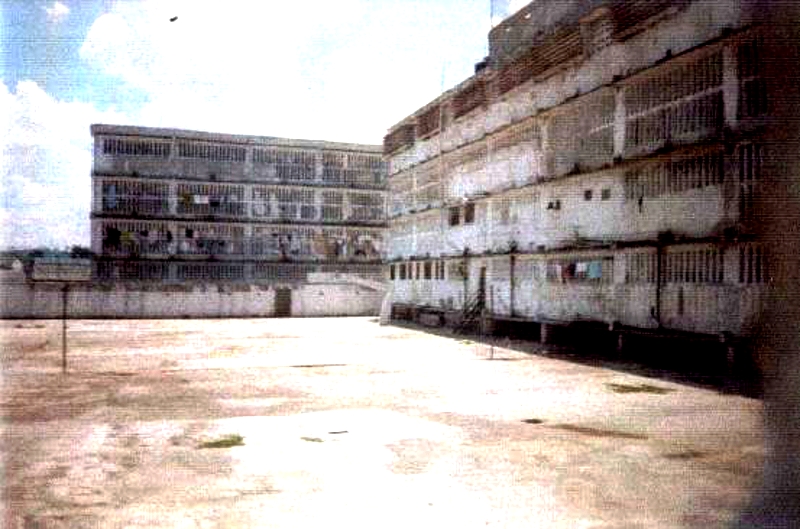 The Cuban government-owned enterprise Provari is known on the island for making everything from bricks and construction blocks to mattresses, tourist handicrafts and the insecticide Lomaté — I Killed It.

What is less well known is that the vast majority of its workers are prison inmates — what dissidents denounce as “slave laborers” who work with few safety protections and receive meager wages or are not paid at all.

Prison labor in Cuba is extensive yet “like the dark side of the moon, not well known at all,” said Elizardo Sánchez Santa Cruz, head of the Cuban Commission for Human Rights and National Reconciliation.

A Provari business prospectus claimed it had 150 production facilities around the island in 2001. Sánchez said it operates in virtually all of the estimated 200 prisons and labor camps in Cuba.

Prison labor is common around the world. In the United States, prisoners make license plates, government furniture and much more. Florida state prisons require inmates to work unless they are exempt for medical or other reasons. Most earn nothing, and canteen workers, barbers and a few others get only $50 a month.

“There’s no objection in principle to companies managing factories in prisons,” said Andrew Coyle of the International Centre for Prison Studies in London. But inmates should have equal salaries and work conditions. “This should not be forced or slave labor.”

But Cuba is a dictatorship, Sánchez argued, where the communist government can do anything and keep it secret. That includes exploiting inmate workers at will and punishing anyone who complains.

He added that he was specially concerned about the safety conditions in prison factories and singled out the Lomaté insecticide, manufactured in Havana’s Combinado del Este and other prisons around the island.

Farm workers seldom get special clothing to protect them from chemicals, and cane cutters rarely get proper boots to protect their feet from their machetes, said Joel Brito, a former safety expert in the island’s lone labor union, the Cuban Workers’ Central.

The Interior Ministry (MININT) and Ministry of the Armed Forces, which own a large number of manufacturing and construction enterprises, do not report industrial accidents to the National Statistics Office, Brito noted.

“There are no protective measures because there’s always a shortage of money. And if that’s the case in the general economy, imagine what it’s like for prisoners,” added Brito, who now heads a Miami group that monitors labor abuses in Cuba.

Questions about prison labor in Cuba arose recently amid reports that the IKEA furniture chain and an East German firm had hired the Cuban state-owned company EMIAT to use prison labor to manufacture tables and sofas in 1987.

One Cuban business report says EMIAT imports supplies and commercializes products for government-owned companies, including Provari. EMIAT and Provari — Enterprise for Various Products — share a Havana address in some of the reports.

A man who answered the phone at Provari’s Havana office, asked if the company uses prison labor, said, “Yes, the work is by prisoners.” He also confirmed the firm is owned by MININT, which is in charge of prisons, but declined further comment.

A Cuban government radio report on Provari’s work last summer said it was established 20 years earlier “principally with the objective of offering work to prisoners … and integrating them into work useful for society.”

Many prisoners work for the chance at fresh air and perhaps better food, and to avoid having their records marked “refused to work,” which would dash any hope for an early release, said Luis Enrique Ferrer, a dissident who spent eight years in prison.

Authorities allow only common criminals to work, fearing that political prisoners would publicize the work conditions, he added. Ferrer, who did not work in prison, was freed in 2010 and now lives in Miami.

But dissidents and independent journalists in touch with prisoners have published several reports over the years alleging problems at Provari’s prison workshops.

Journalists Jorge Alberto Liriano Linares reported in 2010 that 16 inmates suffered serious accidents at a Provari factory for construction materials at the Kilo 8 prison in eastern Camaguey Province, where he served part of his own13-year sentence.

Inmates in “this killer factory” are forced to work without salary, clothes, shoes or gloves, he wrote for the news service Hablemos Press. They work 10 hours a day and handle toxic chemicals “and because of that they suffer respiratory and skin diseases.”

Brito’s International Group for Corporate Social Responsibility in Cuba reported in 2010 that a factory in Prison 1580 near Havana was forcing inmates to work up to 12 hours a day making construction blocks and seldom paying the promised $10 a month.

Its 2009 annual report included complaints that inmates at the Nieves Morejón prison in Sancti Spiritus were paid a mere $2 per month, and that prisoners in Boniato in eastern Cuba were paid $1 per month — plus a promised bonus that was never paid.

Dissident Felix Reyes reported last year that prisoners at the Canaleta prison in eastern Ciego de Avila had complained that the gloves bought for them by the Provari factory there “were rotted and were missing fingers.”

Independent journalist Dania Virgen Garcia, who has written often about prison conditions, told El Nuevo Herald that she knew of prisoners who worked up to 16 hours a day, six days a week, and were paid nothing.

Sanchez and Ferrer said most of the overall prison labor in Cuba involves agricultural work like weeding fields, harvesting vegetables and picking fruit — some for sale, some for the prisons’ own consumption.

Provari uses the prison labor more for manufacturing, said Sánchez and García. It also has subsidiaries that build roads and government buildings, although it is not clear if they use prison labor.

A report last year in the government’s Guerrillero newspaper noted that the Provari branch in the western province of Pinar del Rio had the equivalent of $200,000 worth of sales in 2010, “mostly for products sold locally rather than export.”

A large shop in a Havana women’s prison sews jeans for export under several brand names, as well as uniforms for the police and the military, García said. Sánchez said the Boniato prison, where he spent time in the 1990s, makes metal chain link fencing.

Other Cuban news reports noted that a Provari unit in eastern Ciego de Avila made 20,000 plastic molds, and that the enterprise and the Ministry of Construction were to provide the materials for a 2010 campaign to step up home construction.

The company also manufactures the Lomaté insecticide as well as lice and tick killers “and other products “for sanitary hygiene,” and was planning to build a 170-liter solar water heater, according to other media reports.

A business prospectus issued in 2001 listed some of Provari’s activities as carpentry using precious woods as well as textiles sold under the OESTE and HERCULES brands and the upholstery of office furniture sold under the brand name of OFIMAX.

The prospectus also said the enterprise was ready to do business “with foreign and national companies,” though the deal with IKEA appeared to have run into trouble.

The first sofas made for IKEA in 1988 reportedly had “quality problems,” and it was not clear if any part of the deal was ever carried out.

This entry was posted in Blog and tagged Human Rights, Labor Rights. Bookmark the permalink.