From Amnesty International: “The authorities attack us because we talk about the issues people face” 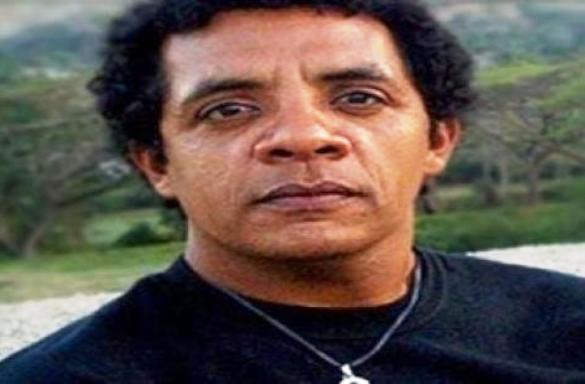 For Cuban journalist and blogger Luis Felipe Rojas, posting an entry on his blog Crossing the Wire Fences or even sending an email is a daunting task.

Every time he wants to access the internet, he has to leave his house in the early hours of the morning and travel 200 kilometres from his hometown of Holguín, in eastern Cuba, to the closest cybercafé. If he is lucky, and he is not stopped at a police checkpoint on the way, he will get to a computer in about three hours.

Once there, Luis Felipe has to show ID to buy an access card and pay six US dollars to use the internet for sixty minutes – that is almost a third of a monthly local salary.

Some days he finds websites containing information considered critical of the government are blocked or messages have disappeared from his inbox.

Internet access is so highly controlled in Cuba that critics of the government have come up with creative ways to ensure their stories get out.

Sometimes that involves converting articles into digital images and sending them via SMS to a contact outside of Cuba, to type and post on Luis Felipe’s blog. He also uses text messages for posting on Twitter but the lack of internet access means that he cannot see what others say to (or about) him.

Luis Felipe is part of a growing group of journalists and government critics who are finding new ways to by-pass state control in order to disseminate information about human rights abuses taking place in Cuba.

According to a recent report by Amnesty International, independent journalists and bloggers have faced increased threats and intimidation when publishing information critical to the authorities.

The ‘Hablemos Press’ Information Centre, an unofficial news agency monitoring human rights abuses across Cuba, recently reported that from March 2011 to March 2012 inclusively, more than 75 independent journalists have been detained, some, like Caridad Caballero Batista up to 20 times.

“After the mass release of prisoners of conscience in 2011, we have seen authorities sharpening their strategy to silence dissent by harassing government critics and independent journalists with short term detentions and public acts of repudiation,” said Gerardo Ducos, Cuba expert with Amnesty International.

On 25 March, Luis Felipe was detained in a local police station for five days in order to prevent him from travelling to attend an open-air mass celebrated by Pope Benedict XVI.

“The authorities attack us because we talk about the issues people face – that not everybody has enough food, that public services do not always work, that there are problems with the health service,” Luis Felipe said to Amesty International.

“I have been scared many times. Scared of going to the street, of being beaten up, of being locked up for a long time and not seeing my children. But fear does not stop me. I do not think a tweet from me is going to save anybody from prison but it does save them from impunity.”

This entry was posted in Blog and tagged Democracy, Freedom of Expression, Human Rights. Bookmark the permalink.