Pavel Vidal of the Centro de Estudios sobre la Economia Cubana has just published a study on Cuba’s exchange rate and monetary policy reform with lessonbs from Viet Noam. it was published in Februaryt 2012 by the Institute of Developing Economies in Japan.

The Abstract of the work is presented below. The complete study is located here:  Pavel Vidal, Monetary Reform Cuba and Vietnam VRF Series473 IDE JAPAN Since 2010, the Cuban economy has entered a new period of economic reform, officially labeled as an “update of the economic model.” Cuba undertook a previous reform in the 1990s, but this was halted in the first decade of this century. Now, the new president, Raúl Castro, has insisted that the measures are permanent and structural.

This paper evaluates the three objectives of the proposed reform regarding monetary and exchange rate policy: 1) currency unification, 2) improving the monetary policy strategy and 3) financial transformations. In order to weigh the extent of the visible contents of the Cuban monetary and exchange rate reform and obtain lessons from international experiences, some elements of the Vietnamese reform are taken as points of comparison. The starting point of the Cuban reform has many differences compared to Vietnam. The principal significance and benefit of looking at Vietnam lies in the similarities between the problems that Cuba is facing today in relation to those faced by Vietnam since 1986, when the country launched the Doi Moi reform, since both starting models share many characteristics of the Soviet-style system.

The state sector in Vietnam was smaller than in any other reforming socialist economy. Large-scale state enterprises formed only a small part of its economy. Dollar (1993), Perkings (1993) and Riedel and Comer (1995) conclude that the structure of the Vietnamese reform was convenient for responding to a “big bang” liberalization in the late 1980s. When small units are the majority, it is easier to make the market system work. Therefore, the Vietnamese economy was in a better position to respond to the incentives provided by market-oriented reform than is the current dominant big state sector in Cuba.

Early indications show that Cuban monetary and exchange rate reform will focus on the unification of the Cuban peso and convertible peso, the development of an interbank market, on the opening of  personal credit and loans for non-state businesses, and the improvement of the strategy for the monetary policy through greater coordination and the establishment of rules.

Taking into account the Vietnamese path of reform, and the changes that would seem necessary to achieve the very goals of planned Cuban reform for 2011-2015, a group of lacunae could be identified, such as the issue of government bonds, the entrance of foreign banks, greater competition and more flexibility in interest rates, as well as issues regarding transparency in the monetary policy. Cuba’s exchange rate adjustment in the 1990s was incomplete, since it took place only in the household sector. To eliminate the exchange rate and monetary duality, Cuban authorities must now extend the devaluation of the Cuban peso to the SOEs, joint venture companies and government institutions. They have to decide whether to do it gradually or by using a “big bang” approach, as in Vietnam. The large gap between exchange rates in Cuba (2,300%) speaks against a sudden devaluation of that magnitude, but also against the other extreme alternative of a too-slow adjustment that would require another twenty years of bearing the costs of monetary duality.

Low inflation is an important advantage of the current Cuban reform compared to the reform of the early 1990s, and also compared to Vietnam in the 1980s. However, the ongoing liberalization process could put price stability under risk. Like Vietnam, Cuba will experience inflationary pressures; first, coming from the unavoidable exchange rate devaluation, and second, because of the shift from officially-set prices to market prices. If Cuba’s government is able to implement the planned labor adjustment and the fiscal restraints together with the opening to the non-state sector, then the risk of high inflation will be certainly lower. A matter that arises from the overall analysis of the Cuban reform is the inefficiency of focusing the liberalization only on microenterprises and agriculture without taking advantage of the enormous amount of resources invested in education during the last five decades. It seems far better for sustainable economic growth, based on productivity gains, to extend the opening to the non-state sector on a larger scale, including a renewed aperture to foreign direct investments (FDI). It is not intended that changes happen all at once, fracturing the  macroeconomic and institutional stability of the country. In fact, as can be seen, the Vietnamese reform took several years to complete significant transformations of the economic system. However, Cuba should try everything possible to speed up its process in order to  recover lost time.

The Author
Pavel Vidal Alejandro is Assistant Professor at the Center for the Study of the Cuban Economy (University of Havana). He worked in the Monetary Policy Division of the Central Bank of Cuba for seven years (1999-2006). His fields of specialization are monetary policy and time series econometric models. He completed his Ph.D. at the University of Havana in 2007. In 2010, he was Visiting Professor at Harvard University and Universidad Complutense of Madrid. 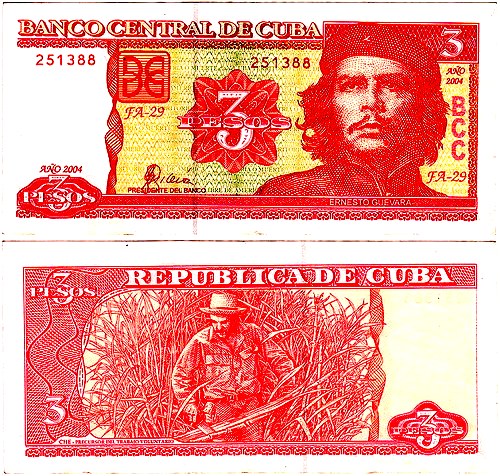 This entry was posted in Blog and tagged Economic Reforms, Macroeconomy, Monetary System. Bookmark the permalink.