Miriam Celaya on Corruption: “About Controls, Comptrollers and the Uncontrollable”

An interesting and cutting critique on corruption from the Blog Sin Evasión by Miriam Celaya. October 3 2011 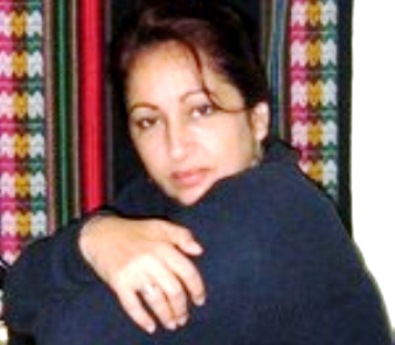 One of the first rulings of General R. when he assumed the enthronement to power (please allow me to flatter the younger Castro’s vanity) was to create a system to detect and to put a stop to the rampant corruption that has been entrenched in the country through all spheres and at all levels. It is suspected that corruption is generalized, but the controls and audits reach only to a point … past this point, it might cause dangerous vertigo.

The first (detecting corruption) should be extremely easy. It is obvious and jumps up at you without much effort. The second (putting an end to it), is another matter. Because the General, of course, initiated from the start a process on the surface – not exactly from above — and downward, just where the pockets of the regime resent it the most, and many illustrious heads have rolled since then, including some gray-haired celebrity ones or some that don’t even have enough hair for a comb-over and only until recently were part of the trusted court of their olive green Majesties.

The first of the renowned Band of Seven to have been sacked were Otto Rivero, Felipe Pérez Roque, Francisco Soberón, José Luis Rodríguez, Carlos Lage, Carlos Valenciaga Estenoz and Fernando Rodríguez, who apparently were some sort of threat to the higher epaulets in the palace. “Revolutionaries” of the old guard, who until recently were known for their proven commitment to the regime have joined them.

Apparently, the effects of the Finance Ministry are proving more outrageous than what is prudent, so the official press has been given explicit orders to keep silent. That is, even more silent. So the media, mainly the written press, is engaged, with zeal worthy of better causes, to bring to the light of day the misuse of resources by the manager of some bakery or some agrarian co-op, but sweeps under the rug the dirt of ministries and of other senior bureaucrats with titles that are longer than their own names.

It seems that no one escapes the scrutiny of the severe comptroller of impulses of the purifying will of the General. Personally, I think it’s like a cash count, in which the incoming treasurer makes an effort to purify the accounts so that their own gains are not resented. Because in the state we find ourselves, it could be said that comptrollers have defecated against the ceiling fans, and more courtiers have been hit with feces than their majesties had thought. From ministers, managers of firms (foreign and Cuban), aviation directors, corporate officers of various magnitudes, including the brand-new and militant ETECSA, and countless numbers of minor number of minor entourages that have indeed been publicly beheaded.

But what more curious individuals won’t stop wondering, those who won’t stop misbehaving, who wonder about everything and are always full of ill-intentions, is who will be the leaders charged with renovating a model that seems to generate epidemics of corrupt leaders? What guarantees will there be that of those who will assume the responsibilities of the deposed won’t end up corrupted? What are the chances that a government that has not been able to create morally able replacements to carry out the “high mission of the revolution” will ever succeed in putting together, in the short run, a group of responsible and honest leaders? Will they create leadership schools? Will the General be able to trust anyone under the age of 75? Can we trust (and this is the clincher) the selection capability of the General?

But, in the midst of this sea of corruption of those who used to manage just a small slice of the power and the money, maybe the hardest questions to answer are precisely those that seem more urgent and logical: Are our president and his closest cronies the only “pure” ones we have left to take the helm in the midst of so many storms? Is the General “auditable”? Who is the comptroller who scrutinizes the financial dealings of the administration of the country?

Let’s sit and wait for the answer from the brand-new Comptroller General of the Republic.

This entry was posted in Blog and tagged Corruption, Illegalities. Bookmark the permalink.