State Sector Lay-offs then Private Sector Job Creation: Has Raul Got the Cart before the Horse?

On Monday September 13 2010, the Cuban Labour Federation announced a new government policy on lay-offs in the state sector and expansion of self-employment and cooperative sector employment.( Pronunciamiento de la Central de Trabajadores de Cuba.) As is now well known, the policy calls for the lay-off of some 500.000 workers, about 10% of Cuba’s entire labor force and their re-incorporation into self-employment activities mainly, but also some co-operative activities. This of course marks a major strategic re-orientation of Cuba’s economic structure. The economy already was a “mixed economy” though with a small self-employment sector outside of agriculture, but it will now shift further towards a “marketization.” Raul basically is asking the small and harassed self-employment to come to the rescue of the Cuban economy by generating productive employment because the state sector ostemsibly has failed to do so. Many questions can be and have been raised by outside observers as to how this new approach will be implemented. A couple of questions are noted here. I. Has Raul Got it “Bass Ackwards”? 1.      Prior to any state sector lay-offs, would it not be wise to redesign the framework within which small enterprise operates so that it will be in a position to expand and absorb the laid-off state sector workers? Firing state sector workers and hoping that they somehow will be reabsorbed somewhere sounds distinctly un-socialist. 2.      If workers’ efforts and productivity are low, is this due mainly to sloth and laziness? Or is it instead due to a dysfunctional incentive structure in which workers are paid very little in Moneda Nacional, but somehow have to acquire  “Convertible Pesos” to survive with purchase in the Hard Currency (formerly dollar) stores? As the old saying goes:  “They pretend to pay us and we pretend to work.” 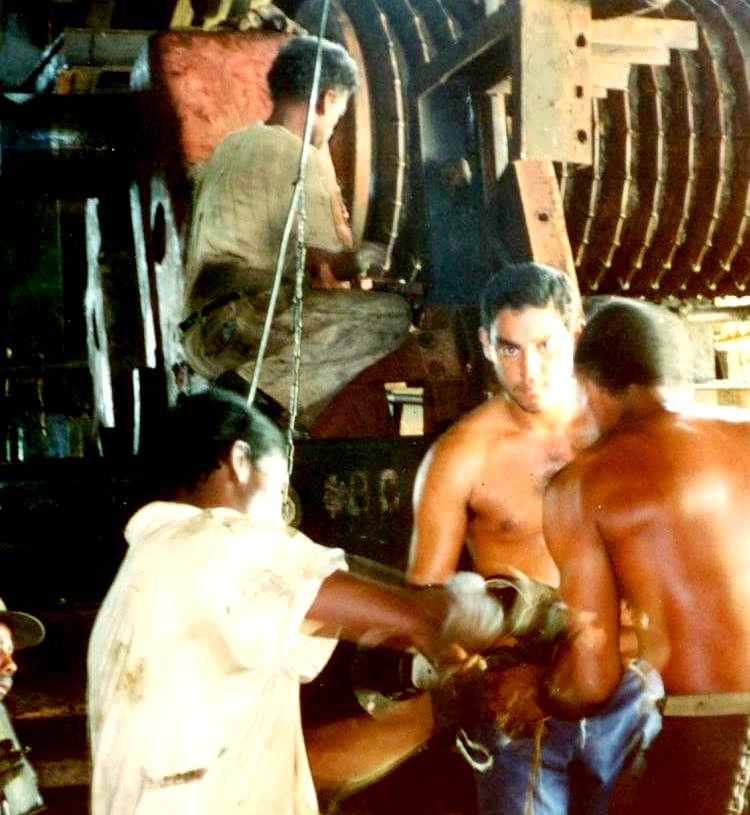 Maintenance Workers at the Australia Sugar Mill, November 1994; Certainly working hard, but probably laid off in 2002 when the Mill was converted to a museum;  visited with Nick Rowe who “blogs”  at “Worthwhile Canadian Initiative” and Larry Willmore, who “blogs” at “Thought du Jour” (Photo by A. Ritter) 3.      Is low productivity also due to mismanagement that wastes human effort? Is inefficiency also the result of low capacity utilization in enterprises  for example, in state stores that have little to sell, in offices with little to do, or in industrial enterprises idled through poor maintenance, insufficient imported inputs, breakdowns etc.? (Note the diagram below that illustrates the reduction in non-sugar industrial output since 1989. Despite allegations of record economic growth in the late 2000s, industrial output remains around half of its 1989 level.) II.   Who will be laid off and how will it be done? 1.      Will those who are laid off be good candidates for creating their own self-employment small businesses? 2.      Will those laid-off be offered “severance packages” or “buy-outs” that would provide them with an amount of capital to begin their own small businesses? 3.      Will older workers be offered “early retirement packages” that would assist them in starting a small business or co-operative? 4.      Will workers be free to self-select – with a “severance package” – so that they can start a small business? 5.      Will those who are laid off be the truly redundant and unproductive workers, in which case they may not have the aptitude to start their own small business? 6.      If laid-off workers can self-select, will the state sector enterprises or bureaucracies then lose their more capable and industrious workers? 7.      How generous will the unemployment benefits be and how long will they last while workers look for new jobs or attempt their own job-creation? In any case, the process of laying people off will be most difficult. The anxieties generated among the population must be intense and the Workers Assemblies now discussing these issues must be acrimonious. III.   Creating an “Enabling Environment” for Micro, Small and Cooperative Enterprise Since 1995, public policy has been aimed at containing small enterprise – after liberalizing it in 1993 – by licensing limitations, tight and vexatious regulations, onerous taxation, harassment by inspectors and negative political and media stigmatization. This has not been an easy environment for the functioning of self-employed to operate. Major changes will be necessary if the small enterprise sector is to expand in order to be able to absorb the lion’s share of the displaced state workers. How can this be done? A previous Blog outlined some possible measures: Raul Castro and Policy towards Self-Employment: Promising Apertura or False Start? Here are some of the key policies that would be necessary to generate a flowering of the micro, small, and cooperative enterprise sector. Additional policies regarding advertising and vending 1. Liberalize Licensing: Let anyone and everyone open a small enterprise ( Result: competition will push prices downwards and quality upwards); 2. Permit All Types of Self-Employment, including Professional and High-Tech while maintaining state medicine and health systems intact; 3. Raise the limit on employees to 5, 10 or 20; 4. Provide legal sources for the purchase of Inputs; 5. Permit access to imported inputs (outside TRDs and at the exchange rater available for the state sector); 6. Eliminate silly and vexations restrictions; 7. Make microenterprise taxation simpler and fairer; 8. Establish micro-credit institutions; 9. Establish a “Ministry for the Promotion of Small Enterprise.” 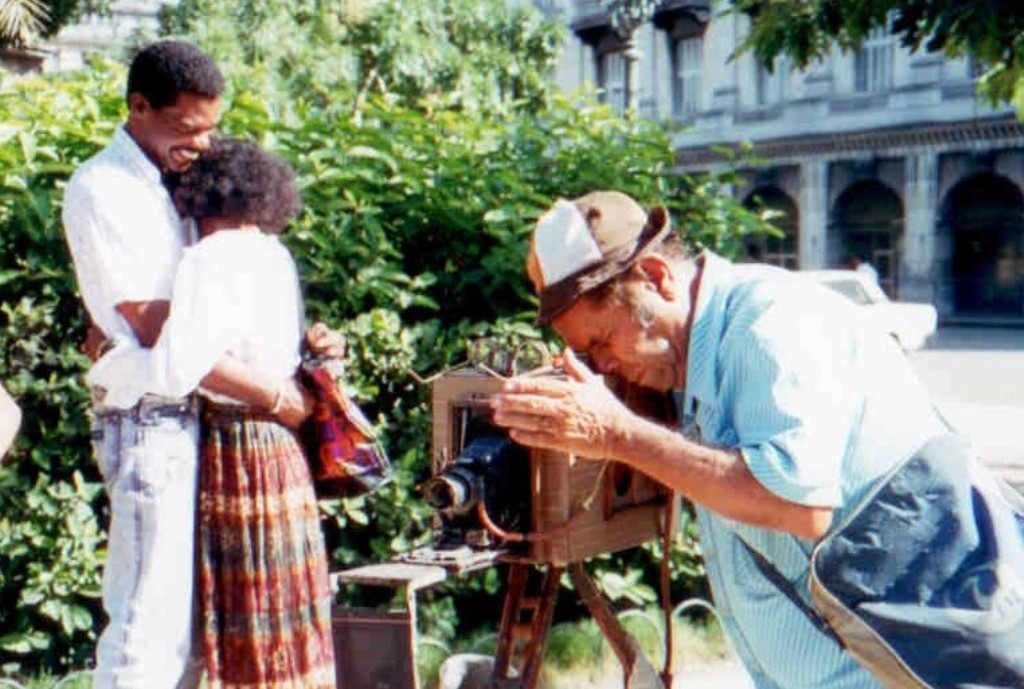 Photographer, at the Capitolio circa 1996, (Photo by A, Ritter)

4 Responses to State Sector Lay-offs then Private Sector Job Creation: Has Raul Got the Cart before the Horse?