Review of Amelia Weinreb’s Cuba in the Shadow of Change: Daily Life in the Twilight of the Revolution

An excellent book has appeared recently on Cuba by Amelia Rosenberg Weinreb (Professor of Anthropology, University of Texas at Austin.) 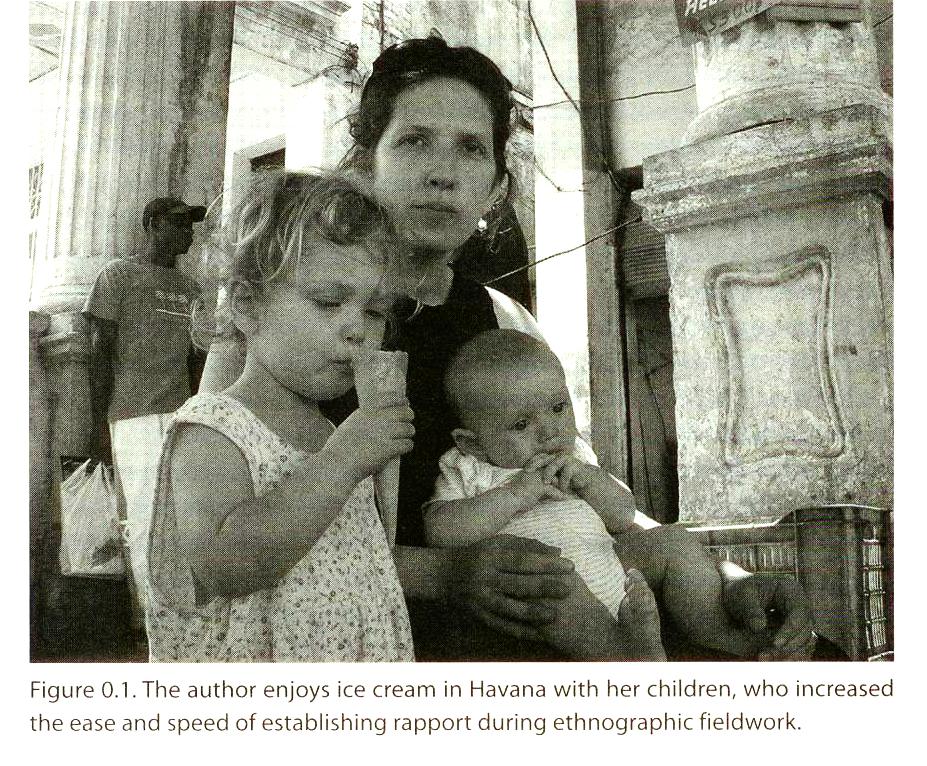 In Cuba in the Shadow of Change: Daily Life in the Twilight of the Revolution Weinreb explores and analyzes the lives, behavior, and views of “ordinary Cubans” or the culture of the silent majority or “shadow public.” These Cubans are familiar to those who have come to know Cuba during the Special Period and probably constitute a large majority of the population. These “unsatisfied citizen-consumers,” as Weinreb calls them (2 and 168.), strive to survive with some access to basic “modern” goods, above and beyond what the ration book provides in an amount insufficient for life maintenance since 1990. These modern goods perhaps include some luxuries, but they also include basics such as women’s hygiene products that are available only in the “dollar stores” or tiendas de recaudación de divisas (stores for the collection of foreign exchange).

This “silent majority” has remained under-analyzed by scholars, perhaps—as Weinreb suggests—because they do not seem to merit special attention relative to indigenous peoples, the poor, or labor unions, or perhaps because they do not fit the orientations of “New Social Movement” and “Structuralist Marxist” approaches. Weinreb’s sociological-anthropological analysis of Cuba’s silent majority therefore fills a major vacuum in works on Cuba over the last 20 years, focusing as it does on the character, aspirations and behavior of a group that has been almost ignored even though it probably constitutes a majority of the population of Cuba.

Weinreb’s ethnographic participant observation succeeds in producing an analysis from about as deep within Cuban realities as it is possible for an outsider to get. Her success can be attributed in part to her research assistants and neighborhood ambassadors, namely her three young children, Maya, Max, and Boaz, who helped to establish rapport, friendship, and shared parenting bonds with Cubans who empathized and wanted to help a young mother. This “family fieldwork” provides a unique window into Cuban society and the lives of Cubans.

Weinreb’s focus is a “shadow public,” somewhat analogous to the shadow economy, as the following explains:

[U]nsatisfied citizen-consumers . . . share interests, characteristics, a social imagery and practice, but their political silence, underground economic activity, and secret identity as prospective migrants casts a shadow over them. They are therefore a shadow public, an un-coalesced but powerful group that engages in resistance to state domination but without a public sphere, and only in ways that will allow them to remain invisible while maintaining or improving their families’ economic welfare. (168)

The roots of the shadow economy of course predate the Revolution. Indeed they go back to the colonial period and its unofficial economy of smuggling and contraband that predominated for a number of centuries when the Spanish crown attempted to enforce a bilateral trading monopoly on its Spanish colonies – plus heavy economic restrictions and con trolls from Spain.  Colonial disregard for Spanish officialdom was encapsulated in the expression “Obedezco pero no cumplo” (I obey but do not comply). This saying has a modern ring to it in the Cuban context.  Cuba’s underground economy has deep historical roots.

However, the expansion and pervasiveness of today’s shadow economy were generated by the character of central planning itself, and by the circumstances of the Special Period, as analyzed in chapter 1. Indeed, the rationing system, installed in 1962 allocated the same bundle of products to every citizen regardless of their tastes or preferences. It was normal that people would exchange or selling the products provided by the rationing system that they did not want for things they did want. Thus everyone became a micro-capitalist exchanging, buying and selling various products. Furthermore, because the planning system was always imperfect, enterprise managers had to improvise solutions “outside the plan” to their supply problems, by buying or selling inputs or outputs in a quasi-market” – also part of the shadow economy. Indeed managers the success of enterprise managers and their reward depended on how well they could improvise in this unofficial – and indeed technically illegal – market environment. The problems of the “Special Period” also required citizens to find additional sources of income above and beyond the state sector wage that would purchase the food requirements for about 10 or 14 days of each month.

Chapters 2 and 3 examine how citizens strive to maintain private space and personal control within the context of the state’s domination of personal life and economic activity. Chapters 4-6 explore a range of survival strategies. Chapter 4 focuses on the concepts and practices encapsulated by the terms resolver, luchar, conseguir, and inventar, each with unique connotations in the context of the Special Period. The significance of material things—and the lack thereof—are investigated in chapter 5. Chapter 6 treats the importance of access to foreign exchange or “convertible pesos.”

Weinreb here presents a Cuban class system that puts the “red bourgeoisie” at the top, followed by artists with privileged access to travel and foreign exchange earnings, “dollar dogs” or cuenta propistas (own-account workers) with access to tourist expenditures or remittances from relatives or friends abroad, “unsatisfied citizen consumers,” and finally, at the bottom, the “peso poor” who lack access to foreign exchange and additional earnings.

The final chapters examine the broad-based phenomenon of feeling trapped and the dream of escape via emigration. Chapter 8 explores “off-stage” expressions of dissatisfaction, criticism, and resistance, which remain purposely hidden, unorganized, and outside public space. This state of affairs may be changing, however, with the Damas en Blanco and bloggers courageously breaking into the public arena, spearheaded by Yoani Sánchez. Finally, chapter 9 draws together the strands of Weinreb’s analysis and explores the relevance of the concepts of shadow public and unsatisfied citizen-consumer in the broader context of Latin America.

Weinreb succeeds admirably in describing and analyzing Cuba’s silent majority, those “ordinary outlaws” who are decent, hard-working, entrepreneurial, and ethical, yet must defend themselves and their survival through a myriad of economic illegalities within the framework of a dysfunctional economic system. These people live within the doble moral, effectively cowed into acquiescence by a political system whose main escape valve is criticism, innocuous at first, but then increasingly bitter,  followed by emigration. The shadow public perhaps constitutes a potential “shadow opposition,” but seems to be easily contained and controlled by the governments of the Castro brothers.

One might conclude from Weinreb’s work that this population—currently disengaged and thinking incessantly about emigration—is ripe for public reengagement and that in time there may occur a surprisingly rapid mobilization for change. 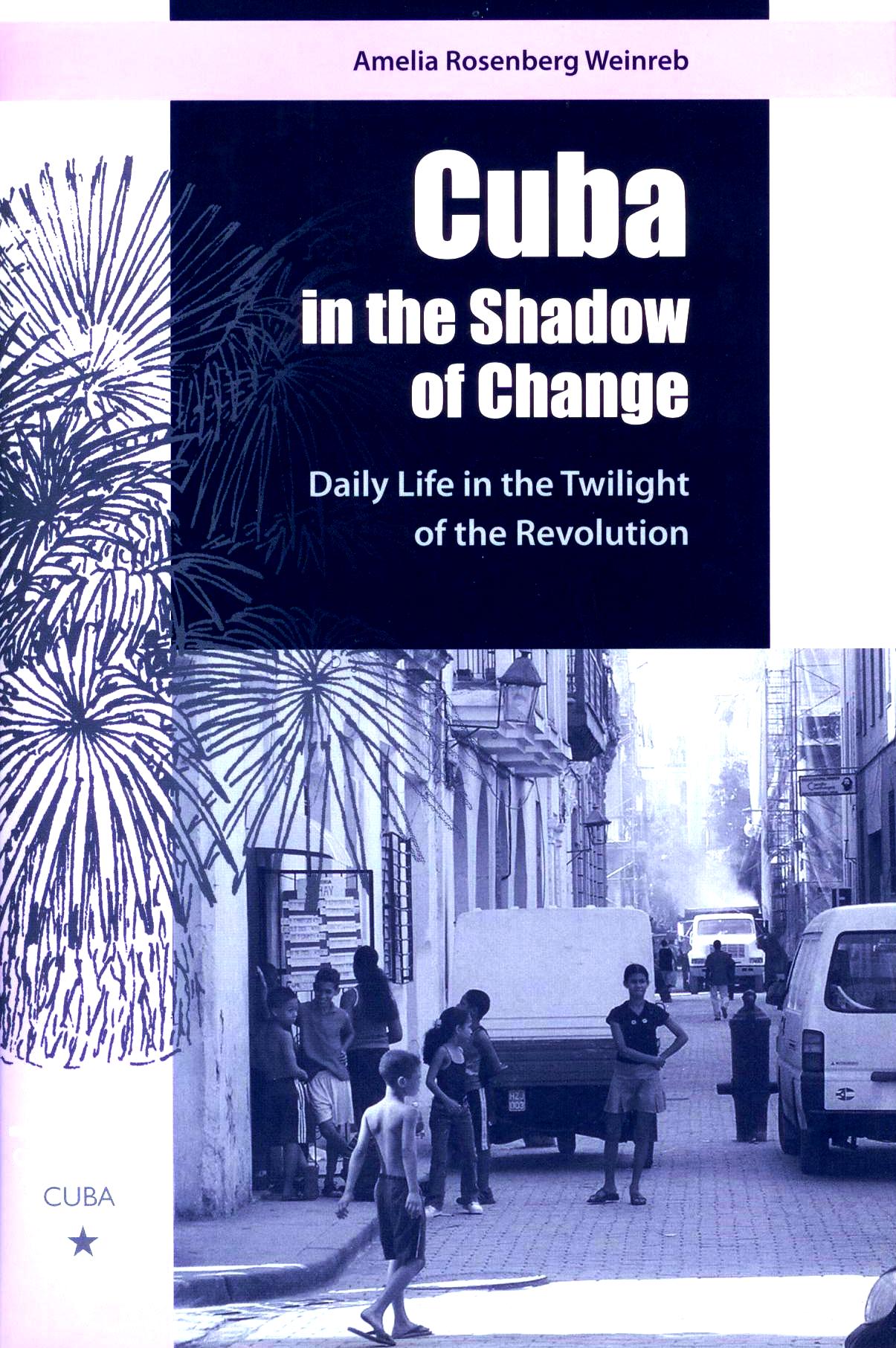