[The following materials are from the Press Release accompanying the publication of the book. I will try to review this book later.] 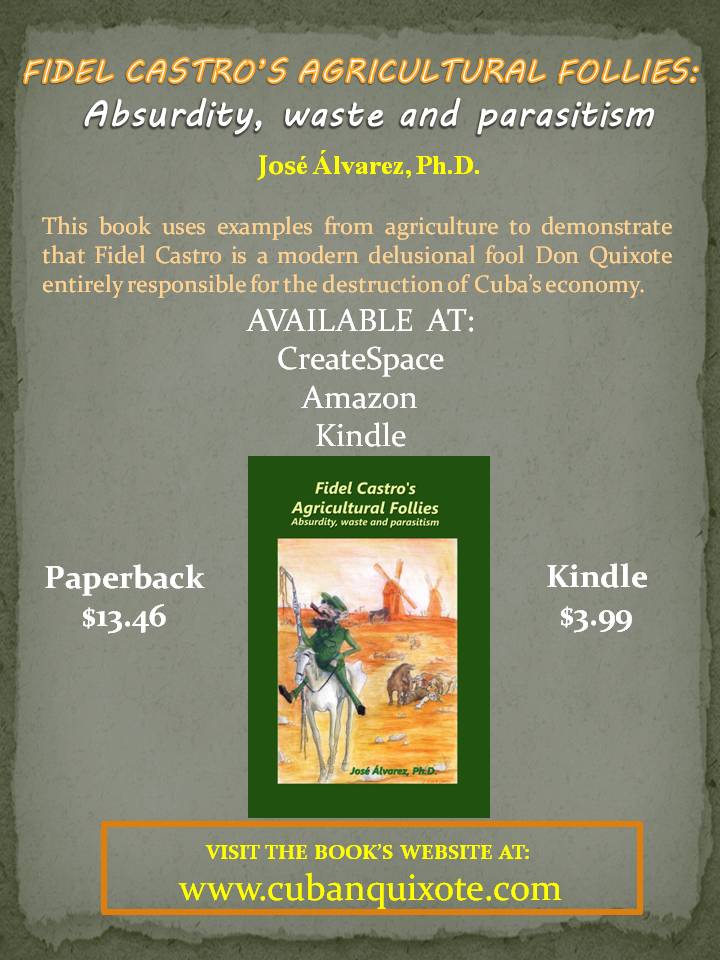 Oct. 1, 2014 – WELLINGTON, Fla. — Contrary to what the title implies, this book is not about agriculture; rather, the author uses examples from agriculture to make the point that Fidel Castro is a delusional fool, a modern Don Quixote, who has “sunk Cuba into a sea” of misery and despair.

Agriculture in this book is loosely defined.  Can one say that building a room where only the heads of cows are exposed to air conditioning so as to increase their milk production is an agricultural activity? Can one claim that a single cow can provide milk for thousands of people? In fact, one must forgive the reader who concludes that the follies described in this book are the fictional musings of the author. They are not; these follies actually took place and they are very well documented.

It has been said that the problem with a socialist economy is that the leaders eventually run out of other people’s money. However, time and again, as shown in the book, the Castro brothers have managed to find the money to subsidize Fidel’s follies. By theft, charity and defaulted debt, they have kept their failing socialist experiment afloat for over fifty years.

The time has come to evaluate Castro’s performance in the economic field. On July 31, 2006 Vice-President Raúl Castro assumed the duties of President of Cuba’s Council of State in a temporary transfer of power due to Fidel Castro’s illness. On February 24, 2008 the National Assembly of People’s Power unanimously chose General Raúl Castro as his brother’s permanent successor. Although Fidel Castro has partially recovered, he will not resume his former duties. His complete control over the economy in general, and the agricultural sector in particular, during nearly fifty years ended with his illness.

The book contains 12 chapters (under three parts: absurdity, waste and parasitism), an appendix and an afterword. Additional materials have been placed on a website devoted exclusively to the book. (www.cubanquixote.com ).

The book, published in paperback and electronic formats by the Amazon Company CreateSpace, has received numerous acclaims from a wide array of Cuba specialists

. Luis Martínez-Fernández, Professor of History at the University of Central Florida, states that the book «is thoroughly researched, written in exquisite prose, and sprinkled with the characteristic irony and irreverent humor of the Cuban intellectual. »

Tom Gjelten believes that, «in choosing Cuba’s disastrous experience with agriculture to illustrate some of Fidel Castro’s bizarre delusions, José Álvarez has found a novel way to tell the familiar story of the failure of Castroism.

Zane R. Helsel, Professor and Extension Specialist in Agriculture Energy at Rutgers University; expressed: « Dr Álvarez’s book is insightful across a broad scale of political, cultural and economic aspects. Aspiring politicians, leaders, and anyone with an interest in understanding Cuba or other attempts at such totalitarian governments will benefit from reading it. »

Juan M. del Águila, Retired Associate Professor of Political Sciences at Emory University believes that «in this appraisal of socialist Cuba’s economic development, Dr. Álvarez shows how and why Fidel Castro’s unbridled megalomania devastated the country’s political economy and stifled its social progress. The interconnectedness of charismatic rule, narcissistic personal traits and autocratic decision-making form the pathological matrix defining Fidel Castro’s behavior. As the cause of colossal blunders and irreversible damage to the economy and social system, that matrix drove Castro’s wretched choices and ignorant decisions while the arrogant leader exercised direct power. And Dr. Alvarez properly attributes Cuba’s economic ruin and descent into insolvency and mendicancy to Fidel Castro’s quixotic fixation with himself. »

Carmelo Mesa-Lago, Distinguished Service Professor Emeritus of Economics and Latin American Studies at the University of Pittsburgh declares: «This book by one of the world’s experts on Cuban agriculture has an amazing amount of information, but Álvarez manages to make it extremely interesting and with frequent touches of humor. It is a wonderful reading, which I recommend for experts and the general public alike. »

Jose de Cordoba, Latin America correspondent for The Wall Street Journal had the following thoughts: « Most people regard Fidel Castro either as a great revolutionary or a bloody dictator. Few know him as a world-class crackpot inventor and frustrated would-be scientist whose madcap ideas destroyed Cuban agriculture and the island’s economy. During his half century in power, Castro experimented with everything from creating a New Cuban Man to cloning his favorite champion milk cow. None of the experiments worked. Now, thanks to José Álvarez, we have an entertaining and encyclopedic history of Castro’s hair brained efforts to re-engineer the island. This book is must reading for anybody interested in Cuba. »

José Álvarez left his native Cuba in 1969, obtaining a Ph.D. in food and resource economics from the University of Florida, where he finished a productive academic career in 2004, receiving the title of Emeritus Professor. A great deal of his time was devoted to study Cuba’s agricultural sector. He obtained private support and was able to pay several professional visits to the island. For his work on Cuban agriculture, Professor Álvarez received the «National Honor Award for Superior Service», the highest honor conferred by the United States Department of Agriculture to an agricultural researcher. Six of the 16 books he has authored or co-authored have received 17 national or international literary awards and recognitions. 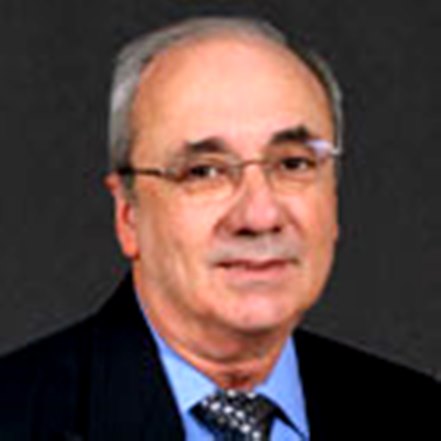